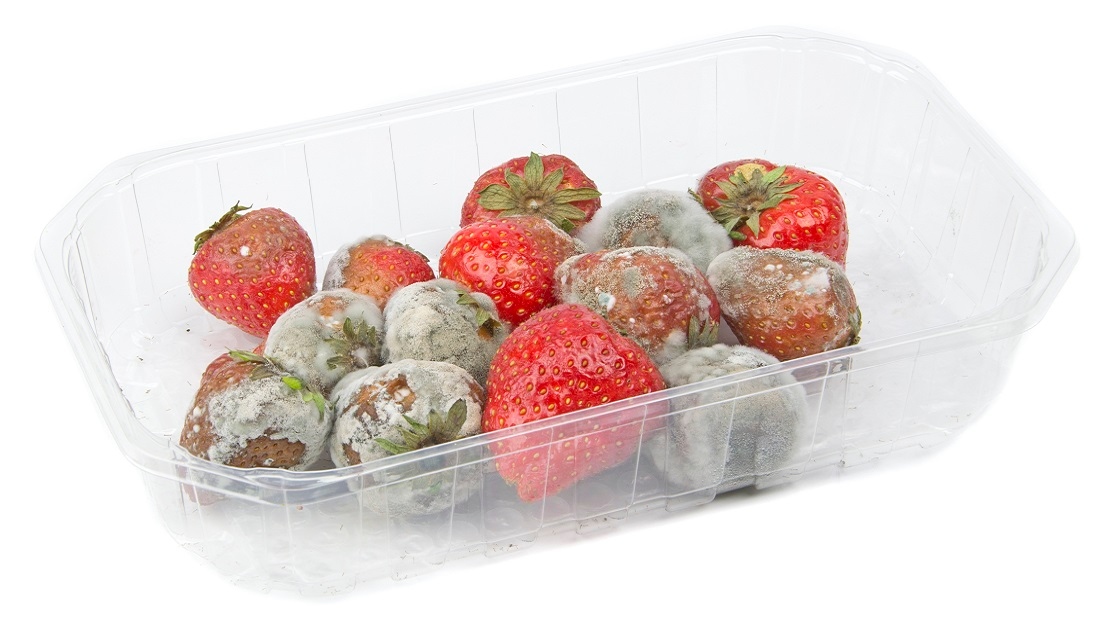 Around 700 million people around the world go hungry every year, and it’s estimated that a staggering three billion people cannot afford a healthy diet; yet we throw a huge amount of food away. In the UK, the average family throws away £700 worth of perfectly good food every year. Of course, squandering any food is wasteful; but when meat, fish, dairy and eggs – and their derivative products – are thrown in the bin, all the grain and water that was used to feed and raise them is wasted too.

The Food and Agriculture Organisation of the United Nations’ (FAO) report Food wastage footprint: impacts on natural resources, published in 2013, was the first to consider the impacts of global food wastage from an environmental perspective. They estimated that around a third of all food produced for human consumption in the world is thrown away – this equates to over a billion tonnes of food being wasted globally every year.1FAO. 2017. Food loss and waste and the linkage to global ecosystems. http://www.fao.org/3/a-i7597e.pdf

This waste, they said, not only represents a misuse of all the natural resources used for growing, processing, packaging, transporting and marketing the wasted food, but also represents a missed opportunity to improve global food security and to mitigate the environmental impacts resulting from the food supply chain.2FAO. 2013. Food wastage footprint, impacts on natural resources. http://www.fao.org/3/i3347e/i3347e.pdf

Aside from the fact that millions of people are going hungry whilst vast amounts of food are being thrown away, the environmental burden of this waste is huge; if food wastage were a country, say the FAO, it would be the third top emitter of greenhouse gases in the world, after the US and China.2FAO. 2013. Food wastage footprint, impacts on natural resources. http://www.fao.org/3/i3347e/i3347e.pdf

The FAO estimate that in 2015, 45% of fruit and vegetables (including potatoes and other tubers) were thrown away, along with 35% of fish and seafood, 30% of cereals, 20% of dairy products and eggs and 20% of meat.3FAO. 2015. Food loss and waste facts. http://www.fao.org/save-food/resources/infographic/en/ 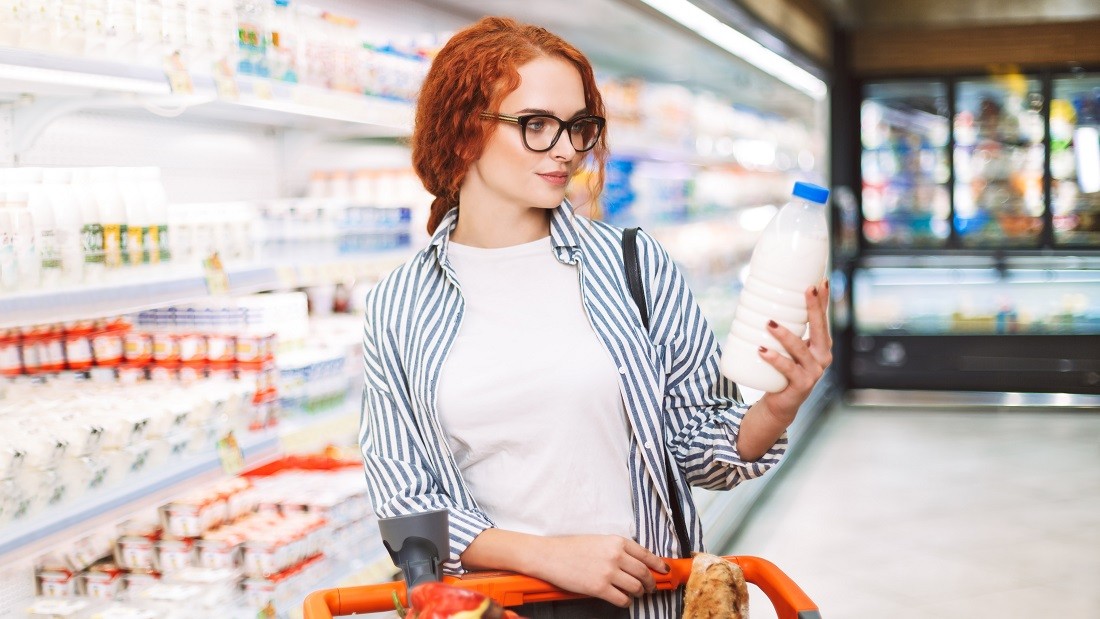 In Europe alone, 29 million tonnes of dairy products are wasted each year. And of the 263 million tonnes of meat produced every year globally, a fifth (53 million tonnes) is wasted – that’s equivalent to 75 million cows.4Global Panel. 2018. Preventing nutrient loss and waste across the food system: Policy actions for high-quality diets. Policy Brief No. 12. London, UK: Global Panel on Agriculture and Food Systems for Nutrition. http://www.fao.org/news/story/en/item/1165001/icode/ Around 8% of all fish caught are thrown back into the sea – mostly dead, dying or badly injured.3FAO. 2015. Food loss and waste facts. http://www.fao.org/save-food/resources/infographic/en/ This amounts to an extraordinary number of living creatures being raised, transported and killed: for absolutely nothing.

British charity WRAP (Waste & Resources Action Programme) estimate that the annual food waste arising from UK households, hospitality and food service, food manufacture, retail and wholesale sectors in 2018 was around 9.5 million tonnes – with a value of over £19 billion –and was associated with more than 25 million tonnes of greenhouse gas emissions.6WRAP. 2020. Food surplus and waste in the UK – key facts. https://wrap.org.uk/sites/files/wrap/Food_%20surplus_and_waste_in_the_UK_key_facts_Jan_2020.pdf

Of the 6.6 million tonnes of UK household food we throw away, around 70% was intended to be eaten (30% being the inedible parts). Food that could have been eaten but gets thrown away (4.5 million tonnes) is worth around £14 billion. This equates to around £60 per month for the average family with children and the equivalent, for each household in the UK, of eight meals a week ending up in the bin! The carbon emissions associated with this food waste are equivalent to that generated by one in five cars on UK roads.6WRAP. 2020. Food surplus and waste in the UK – key facts. https://wrap.org.uk/sites/files/wrap/Food_%20surplus_and_waste_in_the_UK_key_facts_Jan_2020.pdf Imagine the effect of taking one in every five cars off the road.

Why are we wasting so much food? According to WRAP, 41% of food is wasted because we don’t get around to using it in time, 28% is thrown out due to personal preference (we just don’t fancy it), 25% is wasted because too much was cooked and the leftovers binned, and the remaining 6% is wasted for other reasons.6WRAP. 2020. Food surplus and waste in the UK – key facts. https://wrap.org.uk/sites/files/wrap/Food_%20surplus_and_waste_in_the_UK_key_facts_Jan_2020.pdf In food production, food loss can occur via leaky supply chains or spoilage.7Shepon A, Eshel G, Noor E et al. 2018. The opportunity cost of animal based diets exceeds all food losses. Proceedings of the National Academy of Sciences. 115 (15) 3804-3809.

Food waste represents a major squandering of resources, including land, water and energy as well as needlessly producing greenhouse gas emissions, contributing to global warming and climate change. Food waste uses up nearly 1.4 billion hectares of land – that’s nearly 30% of the world’s agricultural land area.2FAO. 2013. Food wastage footprint, impacts on natural resources. http://www.fao.org/3/i3347e/i3347e.pdf It also adds to the negative impacts that monocrops and agricultural expansion into wild areas are having on biodiversity loss; affecting mammals, birds, fish and amphibians.2FAO. 2013. Food wastage footprint, impacts on natural resources. http://www.fao.org/3/i3347e/i3347e.pdf Destroying wild habitats to produce food is bad enough; but if that food then ends up in the bin… that’s a travesty. 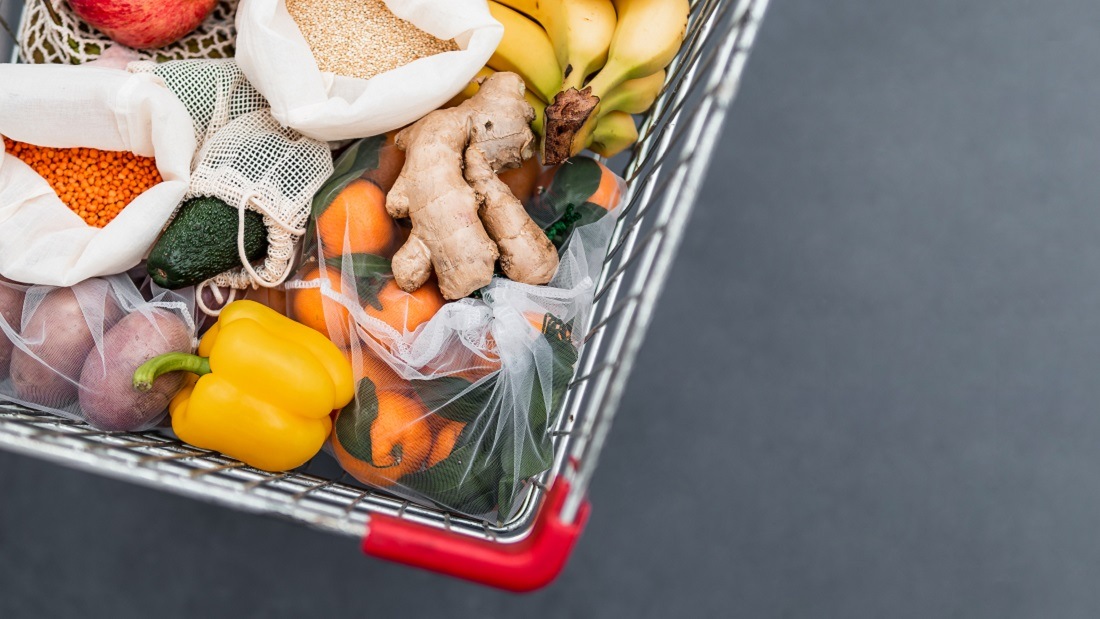 Globally, the blue water footprint (the consumption of surface and groundwater resources) of food waste in 2007 was about 250 km3 – 38 times the blue water footprint of US households. Or, in terms of volume, this is equivalent to three times the volume of Lake Geneva, or the annual water discharge of the Volga River – the largest river in Europe.2FAO. 2013. Food wastage footprint, impacts on natural resources. http://www.fao.org/3/i3347e/i3347e.pdf

Global food loss and waste generate annually 4.4 gigatonnes of carbon dioxide equivalents, or about 8% of total anthropogenic (human-generated) greenhouse gas emissions. This is almost equivalent to all global road transport emissions!8FAO. 2015a. Food wastage footprint and climate change. http://www.fao.org/documents/card/en/c/7338e109-45e8-42da-92f3-ceb8d92002b0/ So, we are wasting precious resources producing food that will never be eaten and will use up even more resources in disposing it. Additionally, as it rots in landfill, it produces methane, further contributing to global warming.

Not all food waste is equally wasteful; animal-based foods have a higher economic and environmental cost – especially meat waste. Meat’s disproportionate contribution to the total economic cost of food waste compared to the actual amount wasted is driven by the higher production cost per kilogram, compared to cereals or vegetables. Indeed, meat accounts for about 4% of total food wastage, but for about 20% of the total economic cost.2FAO. 2013. Food wastage footprint, impacts on natural resources. http://www.fao.org/3/i3347e/i3347e.pdf The environmental cost is higher too; in terms of weight, although less meat and dairy may be wasted compared to cereals or vegetables, animal food waste is the biggest contributor to greenhouse gas emissions from all food waste.9Costello C, Birisci E and McGarvey RG. 2016. Food waste in campus dining operations: Inventory of pre-and post-consumer mass by food category, and estimation of embodied greenhouse gas emissions. Renewable Agriculture and Food Systems. 31 (3) 191-201.

According to scientists, choosing to eat resource-intensive foods, such as meat and dairy, instead of more efficient and equally nutritious plant-based alternatives, can also be considered as an effective food loss. This is because of the large difference in resource requirements of animal- and plant-based foods. Replacing meat, fish, dairy and eggs with more resource-efficient plant-based foods would increase food availability by permitting the reallocation of production resources from animal feed to human food.7Shepon A, Eshel G, Noor E et al. 2018. The opportunity cost of animal based diets exceeds all food losses. Proceedings of the National Academy of Sciences. 115 (15) 3804-3809.

Put simply, if you throw a steak or a burger in the bin, you are throwing all the grain that was fed to the cow in there too, not to mention the wildlife that may have been killed or displaced during the deforestation for the croplands required for the animal feed that was used to feed the cow. Unsustainable and resource-intensive animal-based food production is bad enough for the environment, without producing it just to be discarded.

Your food isn’t rubbish and it doesn’t belong in landfill. Saving food means you’ll be contributing to a better legacy for generations to come. Going vegan and avoiding food waste? Now that’s a legacy to be proud of.

References:
Next: Land Use
Read
Share it
Scroll up
We use cookies on our website to give you the most relevant experience by remembering your preferences and repeat visits. By clicking “Accept All”, you consent to the use of ALL the cookies. However, you may visit "Cookie Settings" to provide a controlled consent. More info at https://viva.org.uk/terms/
Cookie SettingsAccept All
Manage consent