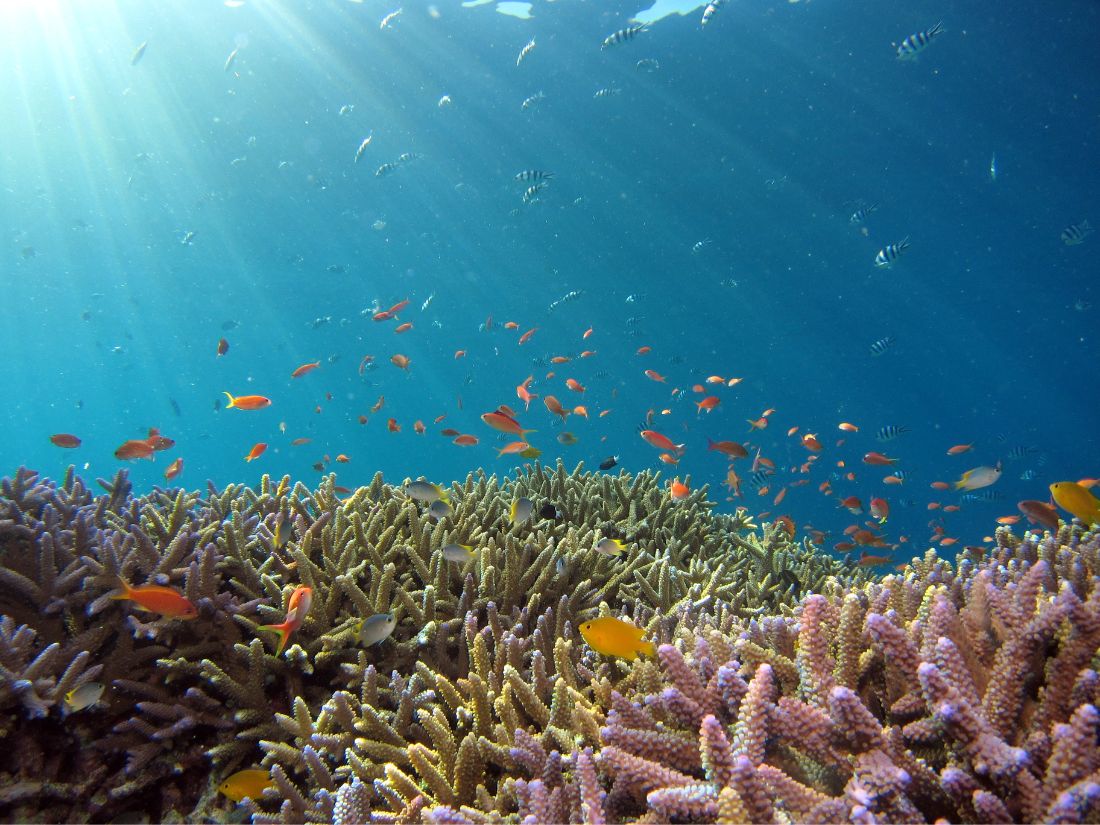 More than half of the world’s marine species may be gone by the end of this century.

The consumption of fish and shellfish is having a devastating impact on marine biodiversity. Over a third of wild fish are now overfished.

Larger fish are under threat from overfishing and under pressure as numbers at the bottom of the food chain decrease due to climate change.

Coral reefs support over a quarter of all marine life but around half of all shallow water corals have been lost due to overfishing and rising sea temperatures and up to 90 per cent could be gone by 2050.

The sea is becoming more acidic as carbon dioxide from the air dissolves in it, meaning that organisms whose shells are made from calcium carbonate must work hard at strengthening their shells just to survive.

Seagrasses store carbon but are disappearing at an unprecedented rate.

Microscopic plant-like phytoplankton populations are falling by one per cent a year. They not only store carbon too but also provide half of all the Earth’s oxygen.

“By the year 2100, without significant changes, more than half of the world’s marine species may stand on the brink of extinction.”

Oceans are the world’s largest ecosystem, home to nearly a million known species and many unknown. In the same way that increasing meat production is annihilating wildlife and plants on land, the increasing consumption of fish and other water creatures is having a devastating impact on marine biodiversity and “decades of irresponsible exploitation have led to an alarming level of degradation” (FAO, 2021).

Running out of fish

The ‘overexploitation’ of fish, shellfish and other marine organisms and the development of aquaculture both contribute to the loss of biodiversity in the world’s oceans and threaten complex marine ecosystems. Larger fish are being squeezed from both ends; under threat from overfishing and under pressure as numbers at the bottom of the food chain (phytoplankton) decrease due to climate change.

The term overfishing is used when a species of fish is removed from a body of water at a rate at which that species cannot replenish. In 2017, over a third (34 per cent) of the fish stocks of the world’s marine fisheries were classified as overfished, compared to 10 per cent in 1974 (FAO, 2020).

Of all the different fishing methods used, bottom trawling is the most destructive and is causing unprecedented damage to some of the most vulnerable ecosystems on Earth. Fleets of boats plunder the depths with state-of-the-art technology, massive nets are dragged along the sea floor by deep-water trawlers, destroying sponge beds and deep-sea corals that have taken centuries or even millennia to grow. Corals are now considered an endangered species, with a third of reef corals living under the threat of extinction (IUCN, 2022).

Coral reefs are made up of tiny animals called coral polyps: soft-bodied animals related to sea anemones. Reefs form when polyps attach to rocks on the seafloor, using calcium carbonate that they secrete, they then multiply and connect with others to form a large colony that acts as a single living organism. Some living corals may date back 2,000 years and reefs may be older than the Egyptian pyramids. Some corals resemble trees, growing up to 33 feet in height and have been discovered over two miles below sea level – they are often regarded as the rainforests of the sea. They contain a wealth of historical climate and environmental information locked in their calcium carbonate skeletons – we’re losing these invaluable climate records which may have been contained in corals for centuries.

Coral reefs support more than a quarter of marine life, but in their 2018 Living Planet report, the WWF say that the world has lost about half of its shallow water corals in the last 30 years due to overfishing and warming sea temperatures. If current trends continue, they say, up to 90 per cent of the world’s coral reefs might be gone by the middle of this century. The implications of this for the planet and all of humanity, they warn, are vast (WWF, 2018a).

Coral reefs are particularly vulnerable to climate change and when sea temperatures rise, coral polyps expel the colourful algae that live inside their tissues and provide them with most of their energy. This causes the corals to bleach and, unless they recover enough to permit the algae back, they starve. The loss of coastal habitats and coral reefs reduces coastal protection, which increases the risk from floods and hurricanes to life and property for the 100 to 300 million people living within coastal 100-year flood zones – with a one per cent annual risk of flooding (IPBES, 2019).

Corals are a perfect example of where species loss overlaps with climate change. The UN’s 2019 IPBES report says that live coral cover on reefs has nearly halved in the past 150 years with the decline dramatically accelerating over the past two or three decades due to increased water temperature, ocean acidification and industrial fishing. They warn that corals may decline by a further 70-90 per cent when global warming reaches 1.5°C above preindustrial levels and by more than 99 per cent at 2°C higher (IPBES, 2019).

Increasing acidity of the oceans is affecting other marine life too. As carbon dioxide from the atmosphere dissolves in the ocean, it increases the acidity of the water and organisms whose shells or skeletons are made from calcium carbonate have to work hard at either repairing their damaged shells or thickening them to survive. If the concentration of atmospheric carbon dioxide continues to rise at the current rate, scientists warn, the oceans will become uninhabitable for many marine organisms by the end of this century (UNESCO, 2017).

Seagrasses (marine flowering plants including Zostera, Thalassia, and Posidonia) represent important coastal ecosystems providing nutrient cycling, sediment stabilisation and carbon storage. They too are threatened directly by destructive fishing practices and climate change and indirectly by changes in water quality due to nutrients and contaminants in land runoff. Seagrasses have been disappearing at a rate of 110 square kilometres per year since 1980 and have been lost from almost a third of the area they once inhabited when records began in 1879. Seagrass loss rates are comparable to those reported for mangroves, coral reefs and tropical rainforests and place seagrass meadows among the most threatened ecosystems on Earth (Waycott et al., 2009). 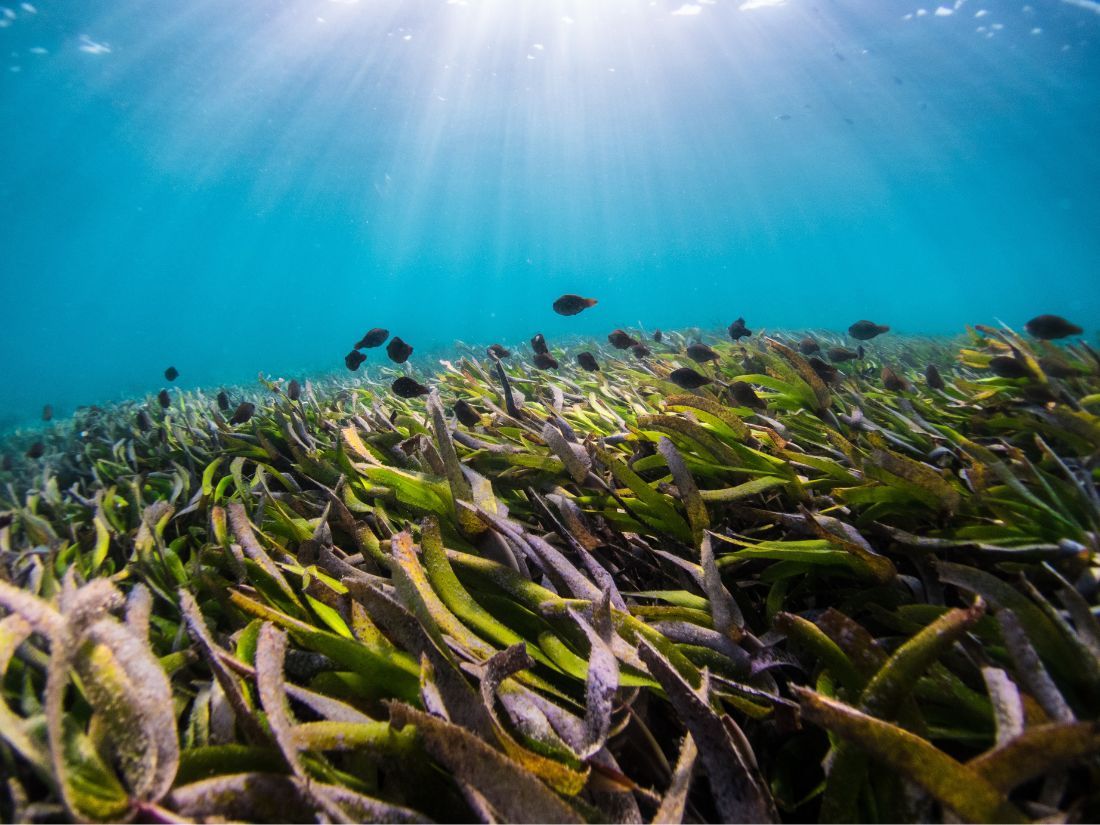 PHYTOPLANKTON PROVIDE 50% OF THE OXYGEN ON EARTH

Phytoplankton – all I need is the air

As described earlier, tiny microscopic marine algae called phytoplankton use carbon dioxide from the atmosphere for photosynthesis, just like trees, and in doing so, they release oxygen and store carbon. They also form the basis of the ocean food chain for fish and marine mammals (UNESCO, 2017).

In 2010, Boris Worm – a marine biologist at Dalhousie University in Halifax, Canada – and his team, combined satellite-derived observations of phytoplankton with historical measurements stretching back to the early days of oceanography. They found that the average global phytoplankton concentration in the upper ocean was declining by around one per cent every year (Boyce et al., 2010). Since 1950, algal biomass (the amount of algae in the water at a given time) has decreased by around 40 per cent, probably in response to ocean warming, but this study suggests the decline has gathered pace in recent years.

More recently, NASA scientists revealed significant declines in the largest type of phytoplankton (diatoms). Analysis using NASA models in combination with ocean satellite data between 1998 and 2012 revealed that populations of these microscopic marine plants in the Northern Hemisphere fell by one per cent per year during this period (Gregg et al., 2017). 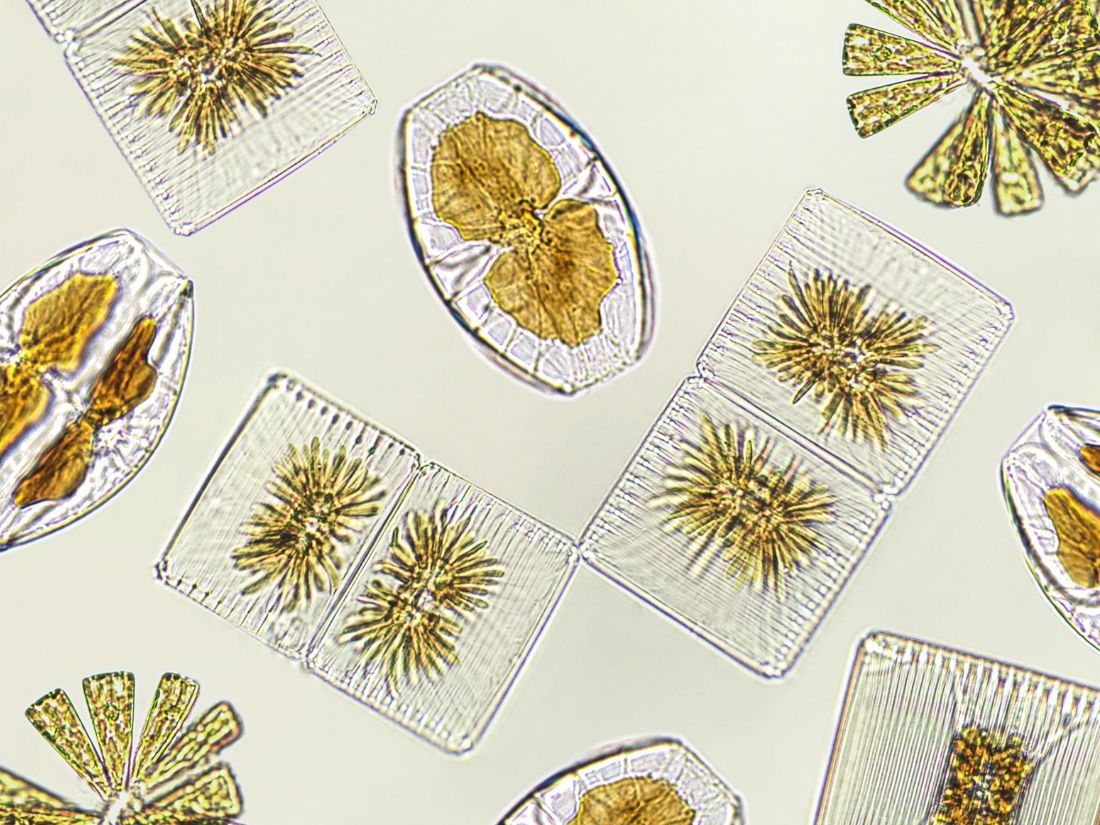 The advantage of larger diatoms is that they capture carbon and carry it down to the ocean floor when they die, locking it away for thousands of years. According to NASA, phytoplankton transfer about 10 gigatonnes of carbon from the atmosphere to the deep ocean each year (Lindsey and Scott, 2010). Even small changes in the growth of phytoplankton could affect atmospheric carbon dioxide levels. In other words, if it weren’t for phytoplankton, atmospheric carbon dioxide would be higher and the climate would be even warmer.

Falling levels of phytoplankton add yet another layer – along with coral bleaching, overfishing and acidification – to the relentless barrage of assaults the world’s oceans are facing. Climate breakdown is already happening and animal agriculture lies at the heart of it. To read more about the links between animal agriculture and the climate crisis, see Viva!’s Envirocidal report.

FAO. 2021. Tracking progress on food and agriculture-related SDG indicators 2021: A report on the indicators under FAO custodianship. Rome. https://doi.org/10.4060/cb6872en

Lindsey R and Scott M. 2010. What are phytoplankton? https://earthobservatory.nasa.gov/features/Phytoplankton