The world’s wildlife is rapidly disappearing, and with it the foundations of humanity’s survival.

We are experiencing the world’s sixth mass extinction. From the tiny earthly critters that underpin essential biological functioning, to majestic land animals that roam the Earth – worldwide wildlife is on the brink of annihilation. The clock is ticking: currently one million species are threatened with extinction.

At the heart of this problem is our demand for meat, dairy, fish and eggs. It is the number one driver for wildlife species loss world-wide.

The time left to act is dwindling, but there is still a narrow window to make a difference. Going Vegan Now! is the only way we can save the world’s wildlife and ensure our own survival.

Discover which animals are at risk of extinction due to our deadly, meat, dairy, fish and egg appetites

*This map is just a snapshot of the thousands of wild animals impacted by global meat, dairy, fish and egg demand.

We are Eating the Earth! The UK’s current diet incorporating meat, dairy, fish and eggs requires a land area equivalent to the size of 61.5 million football pitches. This can be reduced by up to 74 per cent by the population going vegan – freeing up land for forests to regrow and wildlife to flourish.

The world is out of balance: just four per cent of all mammals on Earth and 30 per cent of birds are wild, with livestock and humans making up the majority of nature’s biomass. We are at a tipping point – wildlife is running out of space to live, and the planet is running out of enough land to accommodate global meat, dairy, fish and egg demand. Wild areas that wildlife once called home are being rapidly converted into grazing land for livestock alongside huge swathes of monoculture crops grown to be fed to farmed animals.

Alarmingly, if the world’s population and meat consumption continue to grow at current rates, by 2050, food production will need to increase by 70 per cent. This will require even more land, squeezing wildlife even further into smaller areas. 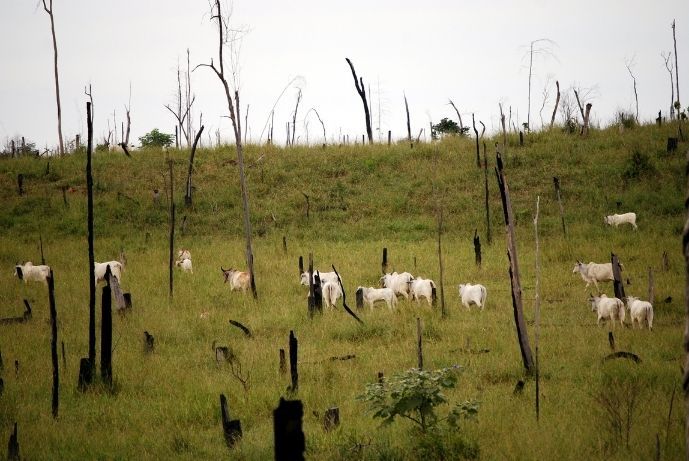 Buy a burger, kill a Toucan, and burn a Jaguar’s home. Each bite fuels mass species extinction, drives global deforestation and makes our soil unable to support life. When choosing a meat burger, you are Eating the Earth. Choose vegan instead.

Eating meat and dairy has far-reaching consequences. Many of the places seeing the greatest shift in land use to animal agriculture, are in countries with the largest number of species – and the UK is supporting this devastating activity through imports of meat and animal feed.

It’s not just land abroad that is being monopolised to feed UK demand – 85 per cent of the farmland in the UK is used just for animal farming, stealing vital space away from wild animals.

Demand for meat, eggs, fish, and dairy also fuels the climate crisis, accounting for around a fifth of all greenhouse gas emissions. Alongside animal agriculture, the climate crisis is a key driver of wildlife loss across the world, increasing extreme weather events, such as floods and droughts, and negatively changing habitat structures that wildlife are dependent on for survival.

So, when people take a bite of their beef burger in the UK, they are also destroying a huge chunk of species-rich habitats half-way across the globe and exacerbating the climate crisis, further jeopardising wildlife survival.

Learn more about these issues below. 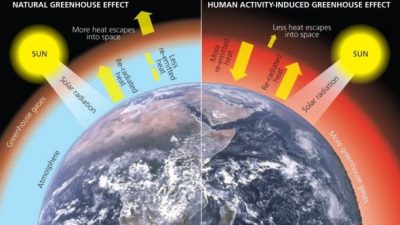 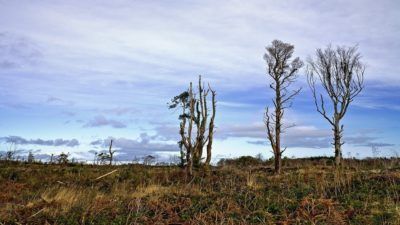 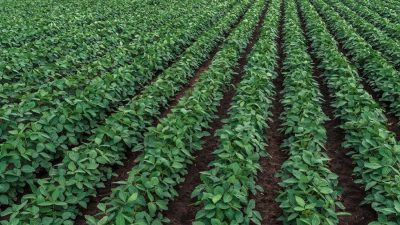 The End of Humanity?

Going, Going, Gone. An asteroid wiped out the dinosaurs – meat and milkshakes may wipe out humans. Our diet has triggered the sixth mass extinction – wildlife first, followed by us. And extinction is forever.

Experts say that the most serious aspect of the environmental crisis is the loss of vital biodiversity and wildlife. Without it, nothing will survive. Food systems will collapse, forests will stop growing, ecosystem regulatory services such as carbon storage will no longer function. From the pollinators that secure our food system, to the seed dispersers that are essential to combating the climate crisis – humanity cannot survive without wildlife.

The future may look bleak. But there is a solution.

The evidence is clear – going vegan is the only way we can save wildlife and ensure our own survival:

Be part of the solution – go vegan now! 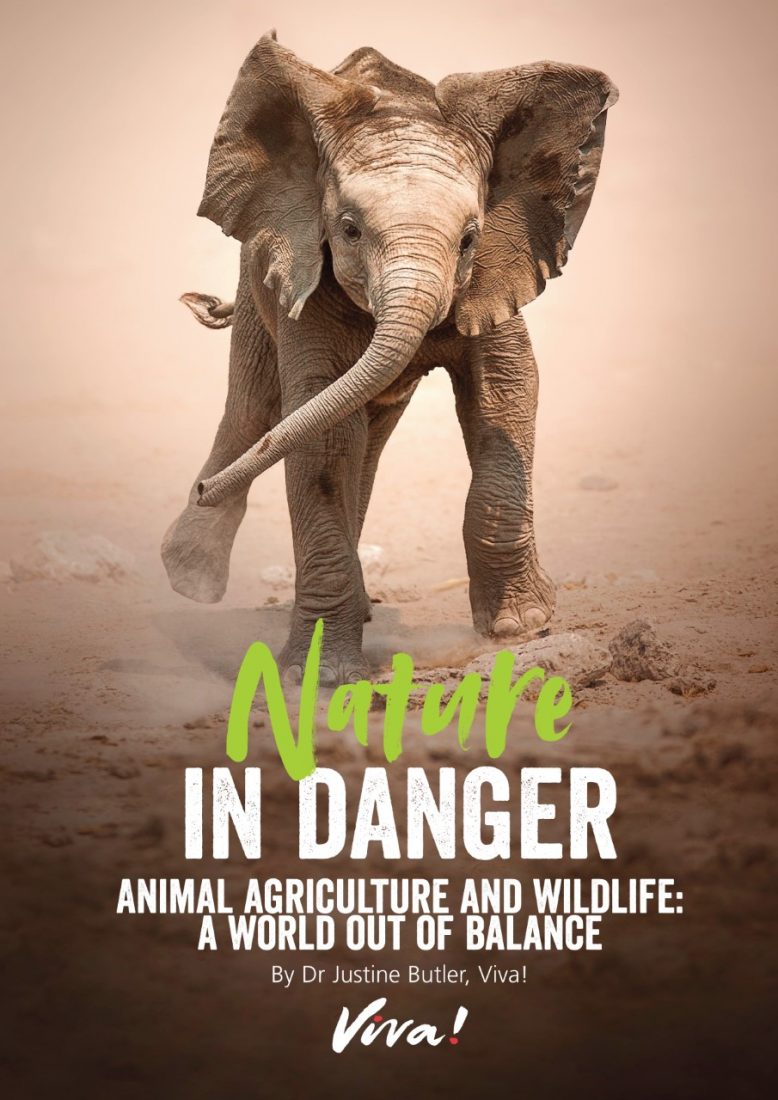 There are many ways to get involved in our Eating the Earth campaign, and help spread awareness that eating meat, fish, dairy and eggs are the primary driver behind wildlife loss. 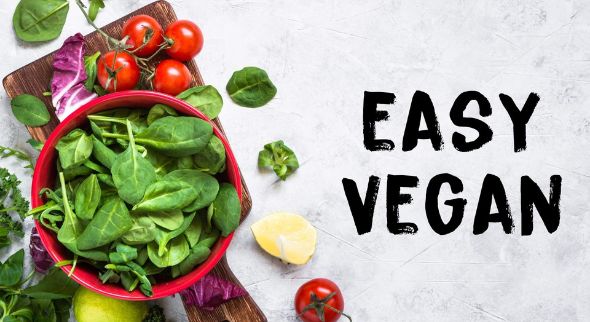 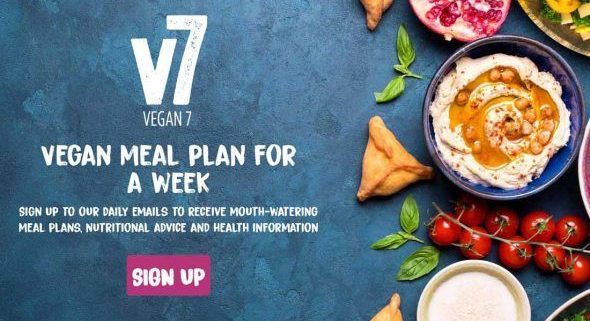 Switching from animal products to plant-based ingredients can have huge benefits for the planet, the animals and your health. That’s why we launched V7 – our ‘one week’ food challenge. 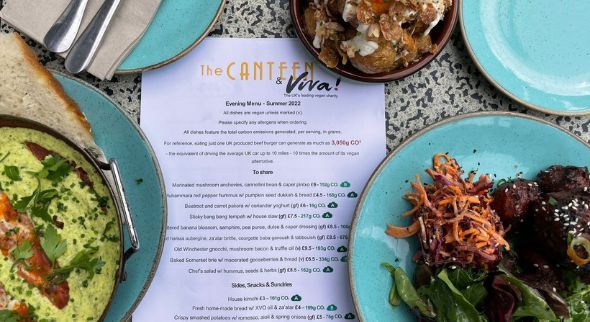 We are calling on the Government to make it a legal requirement for restaurants across the country to do the same. Learn more and calculate your own food footprint.