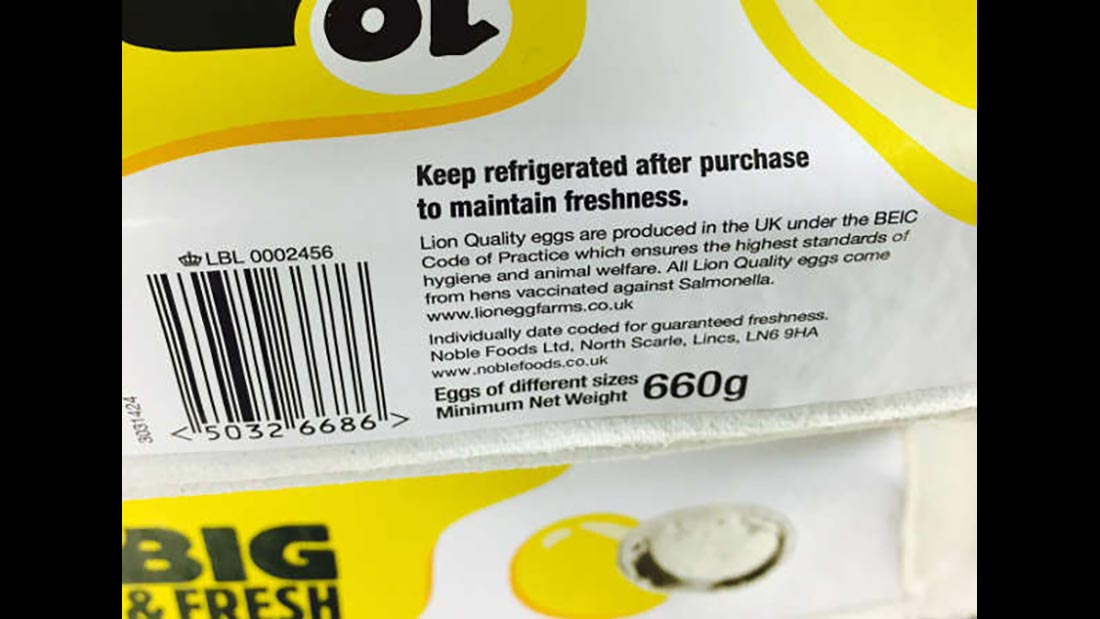 ANIMAL CHARITY VIVA! is celebrating Trading Standards’ announcement that Noble Foods (who sell eggs in Tesco and other UK supermarkets) will amend “misleading” labelling on their ‘Big and Fresh’ eggs from caged hens.

However, the charity blasted the length of time it took Noble Foods to agree to change its packaging (8 months). Viva! also questioned why it took Trading Standards so long to bring about this change and questioned its ability to police large producers and ensure they do not mislead the public.

Viva! campaigns manager Justin Kerswell says: “Viva! is a charity that promotes veganism as the best way to help end animal suffering. We think that people should be able to make an informed choice about what they buy. We believe that Noble Foods’ egg labelling did not allow customers to make that informed choice. We are also questioning why supermarkets that sold this brand did not vet these claimed standards.

“We welcome this decision. However, it remains to be seen what it is replaced with. Whilst there have been some welfare improvements since the banning of battery cages, in reality enriched cages are just a bigger cage.  Our undercover investigation into Noble Foods’ so-called enriched cage facility in Scotland filmed many birds with deformed beaks and one bird that had to be removed because she was being bullied by the other hens because of this unnatural environment. In no way should these cages be held up as an example of the highest in animal welfare, as the company’s packaging stated.

These eggs have continued to be labelled in this way since the initial complaints were made. Over the last 8 months, Tesco and other supermarkets will have potentially sold millions of eggs to customers who very possibly thought they were buying a higher welfare product. This is deeply concerning and calls into question why investigations take such a long time? It would be inconceivable for a small business to be allowed to potentially mislead customers for the best part of a year and then escape any sanction, yet it seems like one rule for them and quite another for large corporate companies.”

Viva! were contacted in November 2014 by a supporter who was concerned that eggs on sale at his local Tesco carried “misleading” welfare labelling.

“The contentious wording is: “Lion Quality eggs are produced in the UK under the BEIC Code of Practice which ensures the highest standards of hygiene and animal welfare.” The box clearly states that these eggs are from caged hens. Even though the UK has now banned battery cages they have been replaced by so-called enriched cages, which offer only marginal improvements in animal welfare. We know this because we investigated Noble Foods in a legal undercover investigation. You can view that footage here: http://www.viva.org.uk/resources/video-library/enriched-cages-investigation

The British Lion Quality Code of Practice does not make the same claims as Nobel Food’s packaging:

The Code includes a number of animal welfare requirements which exceed those required by law. These include the banning of induced moulting, additional staff training procedures and procedures for the handling of end-of-lay hens in accordance with the Joint Industry Welfare Guide to the Handling of End of Lay Hens and Breeders. The Code mirrors the RSPCA’s Freedom Food standards for free range and barn egg production.
Ban of ‘farm’ descriptions of cage-produced eggs

We do not believe that Noble Foods can make the claim that the eggs from their caged hens come from birds kept in the highest welfare conditions. We believe that this statement is liable to mislead consumers and ask you to investigate this and hopefully challenge Noble Foods on their wording.”

On the 10 June 2015, Viva! received confirmation from Hertfordshire Trading Standards of the decision to change labelling (email available on request):

“I write further to our contacts in respect of your enquiry about the ‘welfare’ labelling issue on the Noble Foods Big and Fresh eggs sold in Tesco stores.

After additional correspondence with Noble Foods, I am advised that the egg packaging is in the process of being changed and the reference to ‘highest welfare standards’ will be removed.

New packaging will work its way through the system over the next few weeks.”

Viva!’s undercover investigation into Nobel Food’s then new enriched cage facility in Scotland took place in late 2010. Read the Viva! media release. You can view the undercover footage on the Viva! website.