Viva! launches illustrated animation playing on the viral meme ‘This is fine’ 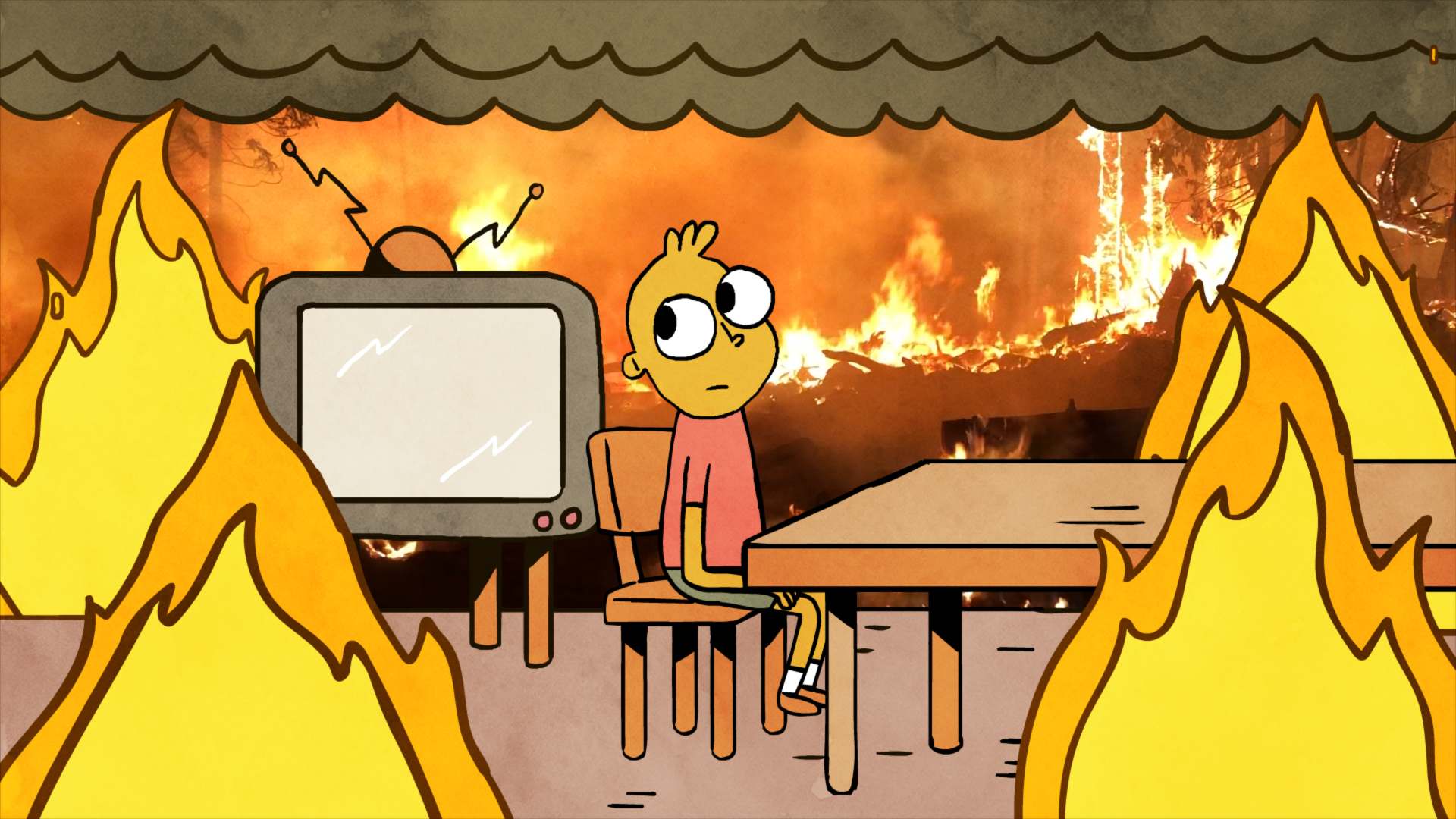 Farming animals for meat, dairy and eggs is a leading cause of the climate crisis. Our house is on fire; is it fine to keep on eating our way to climate and ecological collapse?

Today, Viva! launch their latest environmental video – an illustrated animation playing on the viral meme ‘#Thisisfine’. The short video demonstrates the devastating impact animal agriculture is having on our planet and offers a solution to the problem, go vegan.

Viva!’s 1-minute animation tells the story of a teenager carelessly eating animals whilst ignoring the rapidly growing fire as it spreads around him.

Viewers watch as the protagonist consumes animal after animal, saying ‘this is fine’ despite the devastating destruction taking place around him. Bones from the animals he has consumed pile up around him until finally, as the dramatic flames engulf him and his home, the character realises this is NOT fine.

As the fire and devastation is replaced by lush greenery, we see the animal-based foods replaced by a deliciously decadent vegan burger – resulting in our lead stating, This IS fine.  The final scene of the animation offers viewers a clear and simple message – our house is on fire. Animal farming is at the heart of the climate crisis. Go vegan now to protect the planet.

A study conducted by Oxford University researcher Joeph Poore includes the most comprehensive analysis to date of the damage farming does to the planet. The study revealed that going vegan is the single biggest action an individual can take to reduce their impact on the earth. Poore said “It is far bigger than cutting down on your flights or buying an electric car,” he said, as these only cut greenhouse gas emissions.

This video, along with Viva!’s wider campaign #VeganNow, seeks to convey the urgent message that we must go #VeganNow to save the planet.

Watch the new animation and learn how we can change the world: vegannow.uk.