Viva! calls on government to promote veganism to stop monkeypox and other zoonotic diseases 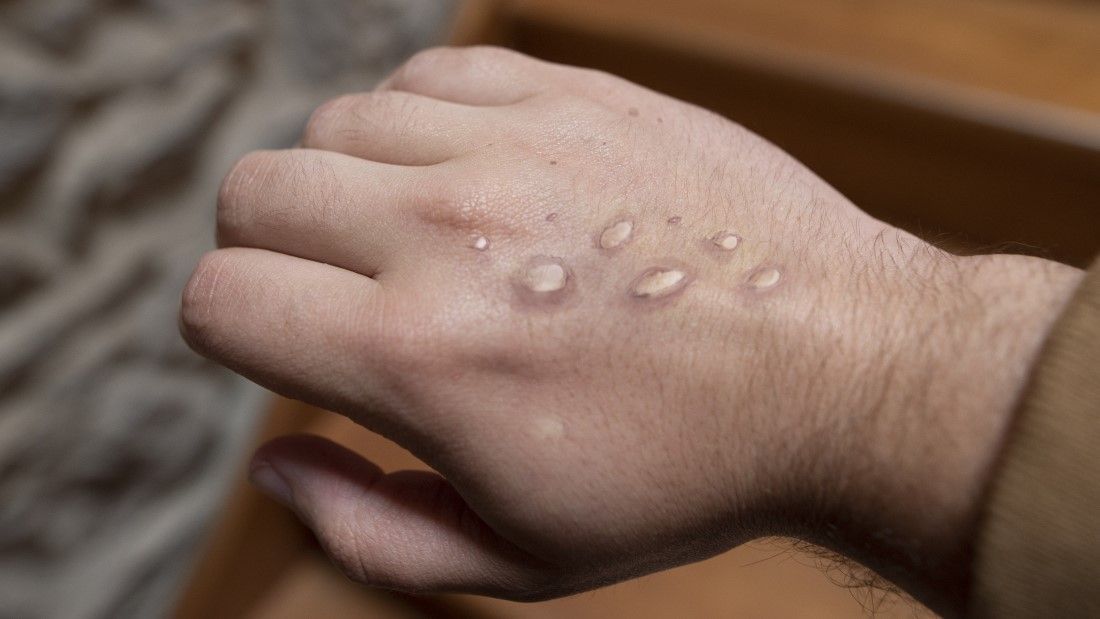 30 May 2022: The UK’s leading vegan charity, Viva!, has responded to the latest monkeypox outbreak by urging the public to go vegan to prevent the further spread of zoonotic diseases. Viva! is also calling on the UK government to promote veganism to stop these diseases wreaking havoc.

Following the news that the number of confirmed cases of monkeypox is continuously rising in the UK and across the globe, members of the public are feeling apprehension. With the aftermath of the Covid-19 pandemic still being felt, the threat of another potentially deadly disease spreading across the planet seems ever more prevalent.

Viva! is today encouraging people to redefine their relationship with animals and go vegan, in order to prevent the spread of zoonotic diseases – diseases transmitted from animals to humans.

Three in four of the world’s new or emerging infectious diseases, including Covid-19, come from animals. Responsible for nearly three million deaths a year, these diseases are largely transmitted through trading wildlife (legally and illegally) and factory farming. Monkeypox is no exception.

Monkeypox – another disease spread to humans from the exploitation of animals

Monkeypox is a virus that causes a high temperature, a headache, muscle aches, backache, swollen glands, shivering (chills) and exhaustion. A rash usually appears one to five days after the first symptoms. It gets its name from the fact that the disease was first seen in captive monkeys that had been shipped from Singapore to a research laboratory in Denmark in 1958. However, monkeypox’s natural hosts are squirrels and other rodents, and it spreads in areas where they are hunted by people for meat. Infections have occurred in squirrels, rats, mice, monkeys, prairie dogs and humans.

Following the 2022 outbreak, the NHS states it may be possible “to catch Monkeypox by eating meat from an infected animal that has not been cooked thoroughly”, while the World Health Organisation also notes “residents and travellers to Monkeypox-endemic countries […] should refrain from eating or handling wild game (bush meat)”. This is a stark reminder that consuming animals will always carry risks to humans and could lead to the spread of dangerous diseases.

Why is the Monkeypox outbreak an animal rights issue?

As long as humans eat and farm animals, there is the chance of picking up diseases from them. The cramped and unhygienic conditions that farmed animals often live in are breeding grounds for diseases, which can then jump to humans.

As well as eating animals, removing them from their natural habitats can cause diseases to spread. There was a significant monkeypox outbreak in 2003, when a shipment of animals from Ghana was imported to Texas. The shipment contained around 800 small mammals representing nine different species, including six types of rodents. Unbeknownst to those importing the animals, several were infected with monkeypox. Some of the infected animals were housed near prairie dogs at an Illinois animal vendor, where the infection spread. The prairie dogs were then sold as companion animals, which resulted in the disease jumping to humans with over 50 cases of human monkeypox in the US.

Until humans decide to stop using animals for their own gain, these diseases will continue to be a threat to our existence.

Speaking on the latest disease outbreak, Viva!’s Founder and Director Juliet Gellatley said: “The latest outbreak of monkeypox all comes back to one thing: the human exploitation of animals. Covid and the devastation it caused should have been a wake-up call to people around the world: stop exploiting animals or we’ll face the consequences.

“We are now seeing history repeating itself: another zoonotic disease is spreading to people, causing illness and distress. Enough is enough. It’s time to redefine our relationship with animals and stop using them for our own gain. Animals should not be farmed, eaten, or disrupted from their natural habitats. All animals play a vital role in our planet’s ecosystem, and by exploiting them, we risk all our futures.”

To learn more about Monkeypox, visit: viva.org.uk/monkeypox. On this webpage you can also download an email template to contact Prime Minister Boris Johnson, asking him to promote veganism as a way to stop the spread of zoonotic diseases.