Home » Media centre » Vegan groups unite to provide 2,000 meals to those in need in Bristol

Vegan groups unite to provide 2,000 meals to those in need in Bristol 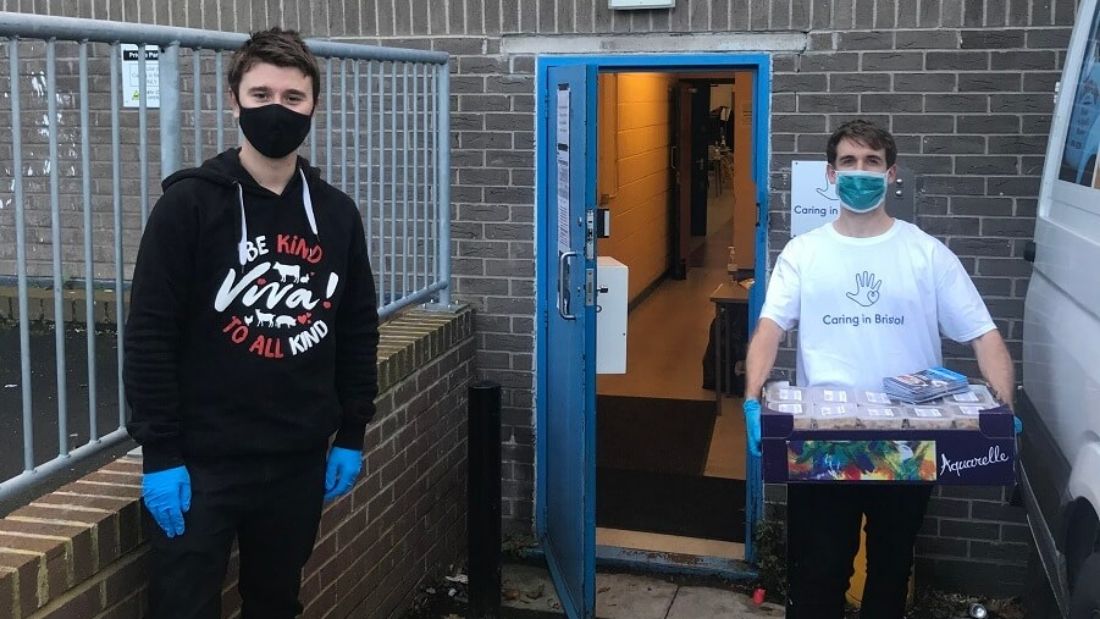 Vegan groups unite to provide 2,000 meals to those in need in Bristol

Throughout November – World Vegan Month – campaigners will provide 2,000 plant-based meals to those in need around Bristol. The compassionate action is aimed at directly supporting those affected by the Covid-19 pandemic, while at the same time highlighting the risks of animal agriculture to public health. 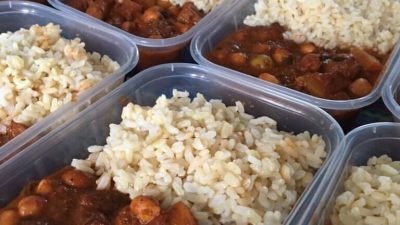 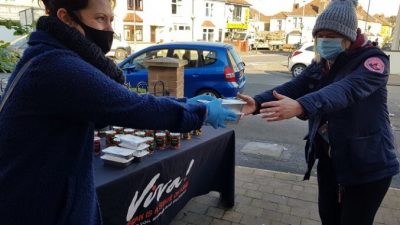 Together, they aim to make known the impacts of dietary choices on our health, the world around us and our future. With three quarters of all emerging infectious diseases coming from animals, and pandemic experts expressing serious concern about the dangers of intensive poultry and pig farms, they feel the time is right to raise awareness and encourage widespread change. Million Dollar Vegan is urging people to eat plant-based foods to #TakePandemicsOffTheMenu while Viva! has launched its End Factory Farming Before It Ends Us campaign.

Animal agriculture is not just a significant pandemic risk, it is also a key driver of climate change, deforestation, species loss and pollution, with Oxford University environmental researchers concluding that eating vegan is the ‘single biggest thing’ we as individuals can do to help the planet. Their evidence is clear that eating plant-based is far more effective than eating locally produced meat. Sir David Attenborough also raised these issues in his recent documentary, A Life On Our Planet, where he urged: “We must change our diet. The planet can’t support billions of meat-eaters.”

Million Dollar Vegan and Viva! will be taking 2,000 ready meals and hot meals – including burritos, curries and stir-fries – to local charities: Caring in Bristol, FareShare, and Bristol Soup Run Trust as well as foodbanks across the city.

Kerry McCarthy, MP For Bristol East says: “Already, we are seeing the impacts of climate change – forest fires, droughts, floods, storms and heatwaves – and these will only worsen over the coming years, especially if companies and governments continue with deforestation linked to the production of food and other commodities. Thankfully, none of this is inevitable but to prevent it we must make some changes in how we live – and eat – right now. I’m really pleased to see this support for Bristol organisations, which have done a brilliant job in responding to food poverty in the city, especially during the recent pandemic.”

Darren Jones MP for Bristol North West says: “This may be the most challenging winter Bristol has faced in recent times and the 2,000 vegan meals donated to our food network by Million Dollar Vegan and Viva! will go a long way. Beyond COVID, increased food poverty follows climate breakdowns, we know that. It’s time we start making our food system work for us and the planet too.”

Robert del Naja, Bristol-based musician with Massive Attack says: “It’s easy to feel despondent about many global issues but if we can help reduce climate change, protect the planet and prevent future pandemics just by eating a vegan burrito, then things aren’t so bad after all.”

Says Kate Fowler, Director of Communications at Million Dollar Vegan: “What we choose to buy and eat has profound consequences that go way beyond our taste buds and waistlines. It affects our own health, the health of our planet, how long we will have workable antibiotics, when another pandemic will come and whether we will be able to slow down climate change. These are the biggest issues we face, but we are not helpless. We can each play a part in protecting ourselves, our planet and our future.”

Says Will Sorflaten, Campaigner at Viva!: “Veganism is empowering; it is the most beneficial change any individual can make on the climate crisis, on food hunger, on our health and it massively reduces our risk of suffering through another pandemic. It can all start with a few more vegan meals a week or quick fixes like swapping dairy for plant milks. If you’re interested in trying veganism out, whether for planet, health or animals, check out 7dayvegan.viva.org.uk to start your journey.”

The food was supplied by Bristol-based catering businesses Kabala Kitchen and Suma, a wholefood vegetarian co-operative.

About Million Dollar Vegan and Viva!

Tags: 3 in 4, End Factory Farming Before it Ends Us, Outreach, Pandemics