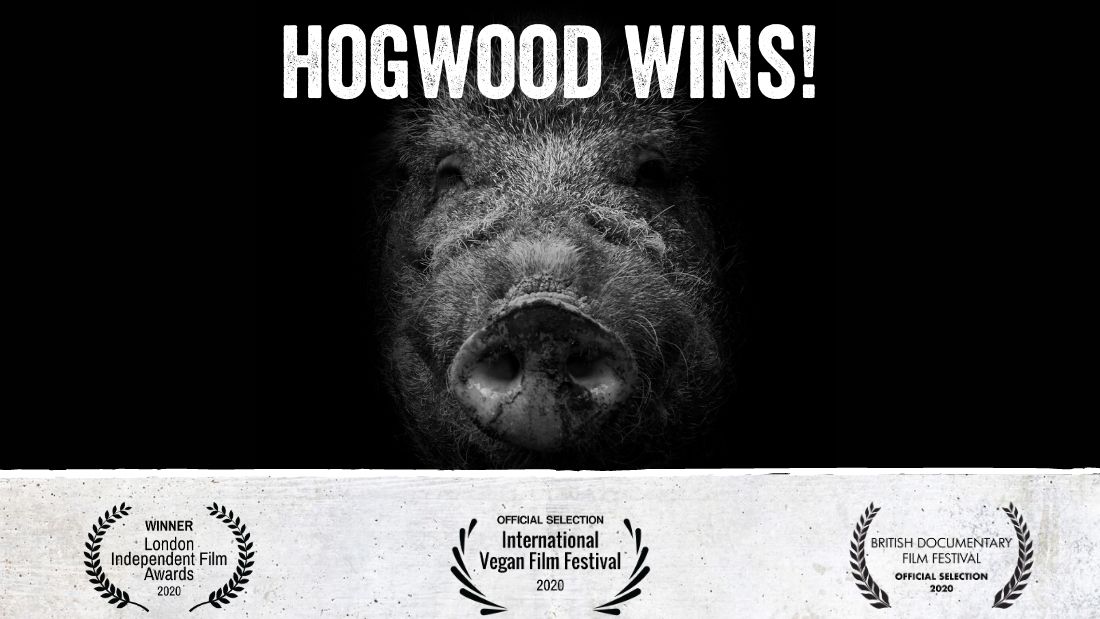 Running at 35 minutes long, HOGWOOD: a modern horror story follows an intrepid group of undercover investigators as they enter the UK’s biggest factory farms. The conspiracy unfolds as they fight against some of the most powerful players in the animal agriculture industry, delicately weaving a chilling tale of negligence and greed.

Narrated by Jerome Flynn, best known for his role as Bronn in HBO’s Game of Thrones, the documentary centres around the quaintly named Hogwood farm. Jerome opens the documentary against the picturesque backdrop of rural England, just minutes away from the farm. He tells the disturbing tale of Hogwood and how it came to be one of the most infamous pig farms in the UK. His narrative is intertwined with undercover footage and interviews with investigators and activists representing the animal welfare group Viva! — who conducted the campaign.

Now, HOGWOOD has won an award for outstanding film-making at the British Documentary Film Festival.

The British Documentary Film Festival is a celebration of exceptional documentary film-making. Each year, they screen the very best indie documentaries at a prestigious premiere in London. HOGWOOD was selected as a finalist for two award categories – the ‘Best British Short’ and the ‘Wild Animal Award’ – and was named the winner of the Wild Animal Award. This category celebrates documentaries that capture animals and wildlife in a creative and engaging way.

“We couldn’t be more thrilled to win this award and this accolade is in every sense the result of a team effort. I have been producing investigative documentaries for many years and no film has been more harrowing than HOGWOOD. There are modern horror stories taking place each day in the British countryside. Not only are these horrors hidden from sight, but they are endorsed by huge corporations and the Government. That is why this film had to be made — because the public has a right to see what takes place beyond the factory farm walls. A big thank you to the judges at the British Documentary Film Festival for recognising our film.”

HOGWOOD is available to watch on Amazon, Google Play and Apple TV .

We are open to film reviewers and festivals. Please contact roisin@viva.org.uk for more information.