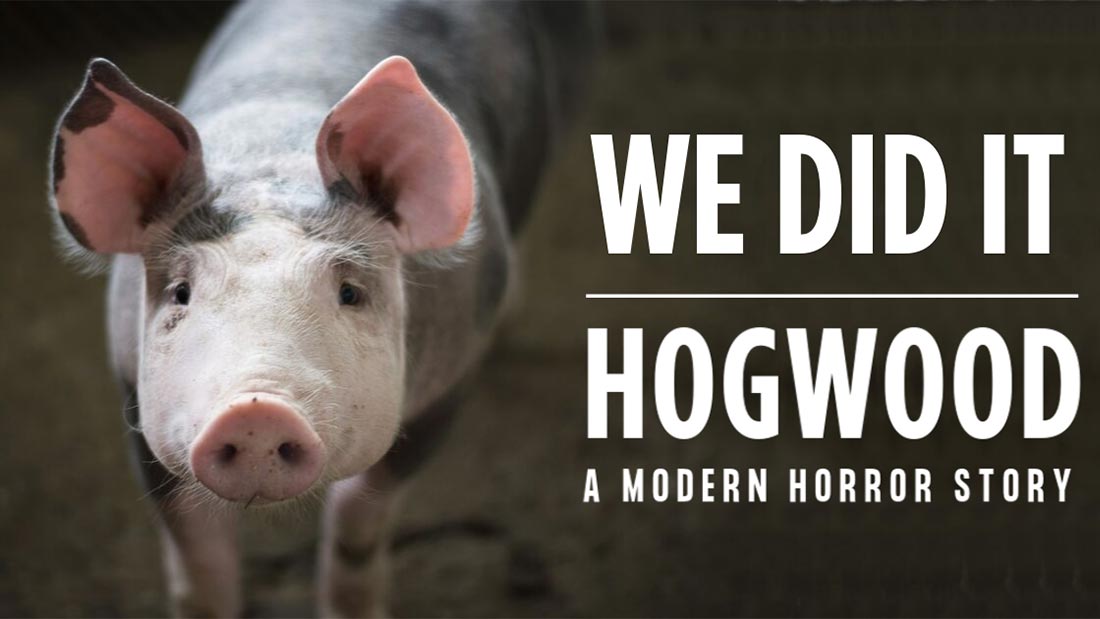 Now, the charity has successfully raised £30,000 to produce a documentary which follows their successful campaign – which spanned three investigations and gained national media coverage. Narrated by Jerome Flynn, Game of Thrones, the ground-breaking documentary will expose the truth about our modern farming practices. The crowdfund reached its target four days before it was due to end, receiving an outpouring of support.

“Words cannot express how thrilled we are with this news! We can finally tell the whole true story of Hogwood farm, and so thank you to everyone who donated to our campaign. You have enabled us to create real change through this powerful documentary. The Hogwood story has already captured so many hearts and minds and this will be the next step in taking our message to the masses”.

“Each day, consumers are being lied to. Through clever marketing and misleading packaging, we are constantly reassured that we have some of the highest welfare standards in the world. This simply isn’t true. The pigs living on Hogwood farm live short, brutal lives where they are denied all their natural behaviours. Sadly, this farm is just one among many and that’s why we need this documentary — to show just how damaging animal agriculture is to the animals, our planet and our health”.

The crowdfund and documentary is supported by Jerome Flynn, actor and outspoken vegan activist known for his roles in Game of Thrones, Ripper Street, and as one half of Robson and Jerome.

Speaking about the documentary, Jerome said: “It is an honour to be presenting this very important film. After seeing the horrendous conditions and animal abuse that is happening behind Hogwood’s walls I had to do something. The pigs of Hogwood aren’t just meat products, they are sensitive, emotionally aware beings just like us and they deserve better than this.”

You can donate here: https://viva.org.uk/modern-horror-story