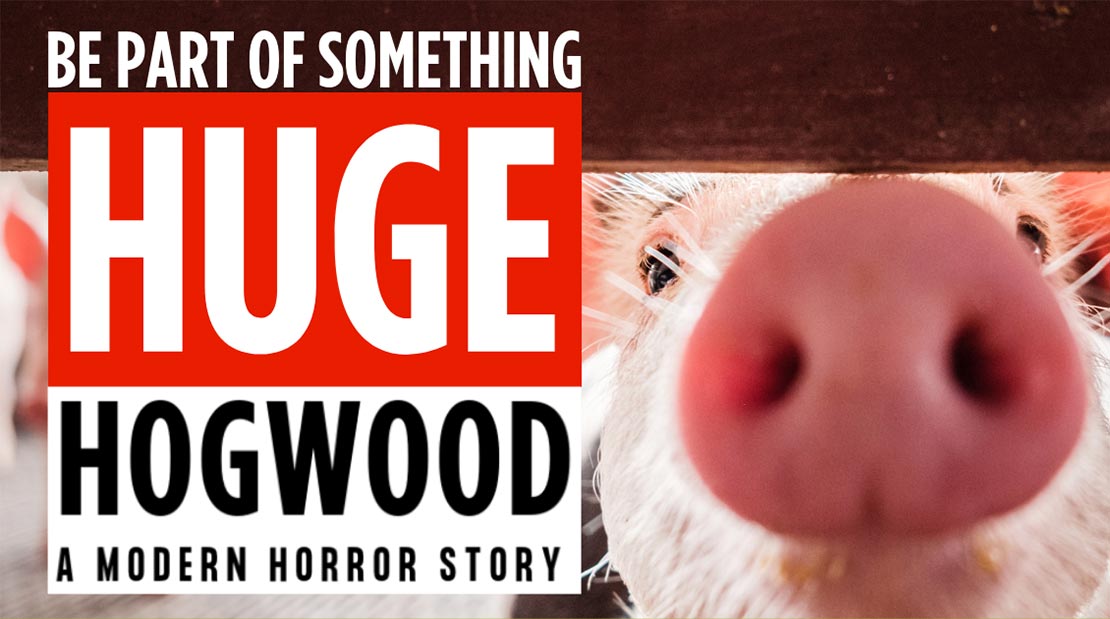 Vegan charity Viva! are crowdfunding to produce a new documentary which follows their successful Hogwood Farm campaign and exposes modern farming practices. Narrated by Jerome Flynn, Game of Thrones, the ground-breaking documentary will tell the truth about Hogwood Farm – once and for all. The crowdfund has already raised over a third of its target, despite only being launched yesterday.

Now, the charity has launched a crowdfund which will enable them to produce the documentary Hogwood: a modern horror story. The documentary will be based on the successful campaign against Hogwood Farm and will aim to expose the wider factory farming industry. The crowdfund is set to raise £30,000 to cover production and promotion of the documentary, having already raised over £10,000 in 24 hours.

Juliet Gellatley, Viva! founder and director explains the reasoning behind the crowdfund:

“Each day, consumers are being lied to. Through clever marketing and misleading packaging, we are constantly reassured that we have some of the highest welfare standards in the world. This simply isn’t true. The pigs living on Hogwood Farm live short, brutal lives where they are denied all their natural behaviours. Sadly, this farm is just one among many and that’s why we need this documentary.

“This crowdfund will enable us to tell the true story of Hogwood Farm. The documentary will follow our campaigns team as they enter Hogwood for the first time. It will celebrate our recent victory and – most importantly – will shed light on what really goes on behind the factory farm walls.

“Documentaries like this have the power to start conversations, change habits and create real change. That’s why ‘Hogwood: a modern horror story’ needs to be made. The story of Hogwood Farm has already captured so many hearts and minds; this is the next step in taking our message to the masses. It’s time to connect the dots between factory farming, environmental destruction, animal abuse and our most pressing global health crises.”

The crowdfund and documentary is supported by Jerome Flynn, actor and outspoken vegan activist known for his roles in Game of Thrones, Ripper Street, and as one half of Robson and Jerome.

Jerome said: “It is an honour to be presenting this very important film. After seeing the horrendous conditions and animal abuse that is happening behind Hogwood’s walls I had to do something. The pigs of Hogwood aren’t just meat products, they are sensitive, emotionally aware beings just like us and they deserve better than this.”

You can donate here: https://viva.org.uk/modern-horror-story