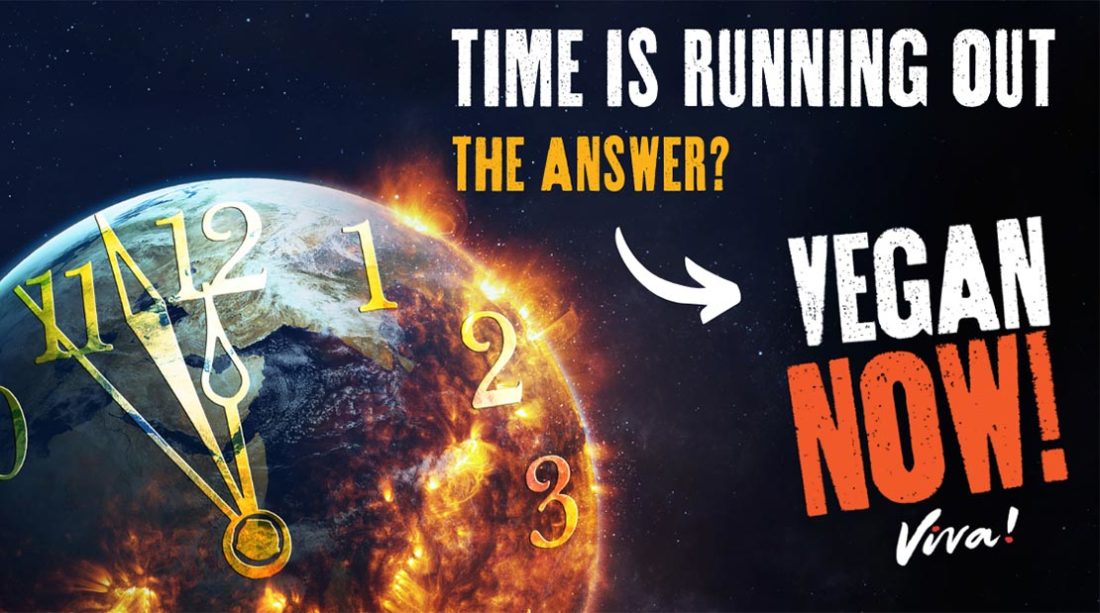 On Sunday 22 and Monday 23 September, activists from the vegan campaigning charity Viva! are coming to Brighton to launch their new Vegan Now campaign. The charity will launch the campaign at the Labour Party Conference, bringing together some of the most influential thought-leaders in environmentalism and veganism, including Michael Mansfield QC, Daniel Capurro (The Telegraph), Joseph Poore (Environmental Researcher, University of Oxford) and Kerry McCarthy MP, Labour MP for Bristol East.

Alongside the main press conference, campaigners will take to the city’s streets to educate people on the urgency of the climate crisis and present veganism as the clear solution to our most pressing environmental issues. Vegan Now will focus on the climate emergency and habitat destruction as a result of intensive meat and dairy farming.

The launch will be complete with a 3D optical illusion which illustrates the impact that animal agriculture has on biodiversity.

“Time is running out. The climate emergency and habitat destruction have become the most profound challenges of our age. If we don’t act now, we will pass the point of no return. Vegan Now aims to tackle these challenges head on. Veganism is the clear solution to the climate crisis and so we are stressing the urgency in choosing a vegan diet, now. Our team will be there to answer any questions about veganism and to show the public how easy is to make the switch”.

ENDS information:
We can provide photos on the day. For media interviews and opportunities, contact Roisin McAuley, PR & Marketing Manager on 0117 944 1000 or email roisin@viva.org.uk