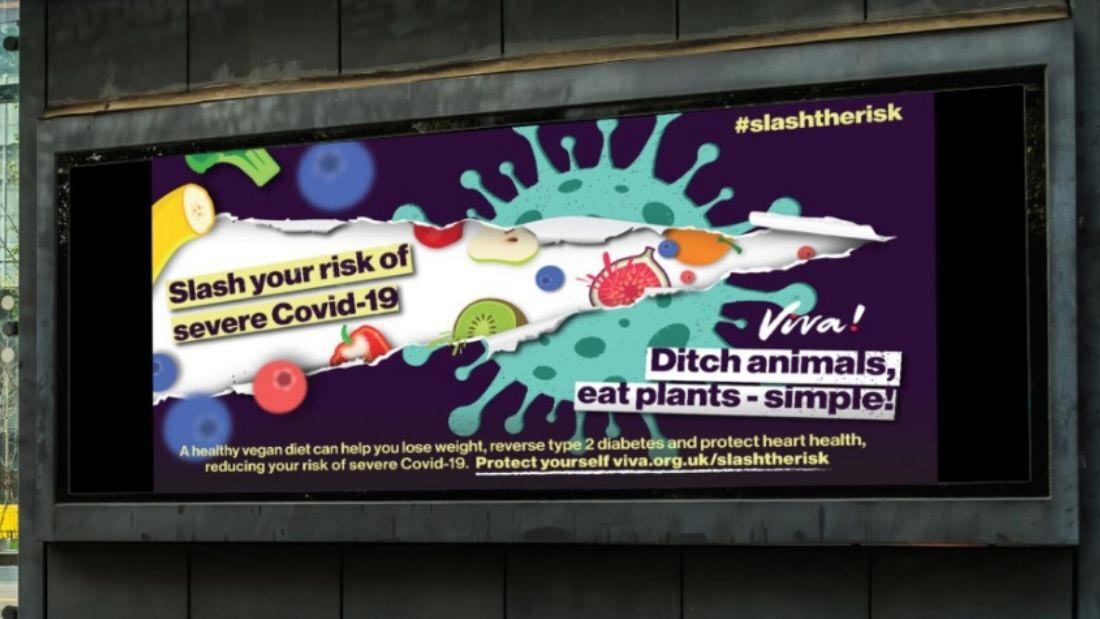 A group of clinical experts have advised Britons to go vegan to reduce the risk of becoming seriously ill with Covid-19.

Writing in an open letter published in The Sunday Times, 15 top doctors will advise going vegan is the quickest and cheapest way of fighting obesity, type 2 diabetes and heart disease – major risk factors for Covid-19.

The letter was signed by clinicians including Emanuel Goldman, a world-renowned Professor of Microbiology.

Earlier this year a study published in the Obesity Reviews journal revealed people living with obesity who contract Covid-19 are more than twice as likely than people of a healthy weight to be admitted to hospital.

A 2019 Harvard study of more than 300,000 participants revealed eating a vegan diet can cut a person’s risk of developing type 2 diabetes by almost a quarter.[ii]

In the same year a study of 12,000 people found those who ate mostly plant-based foods were 32 per cent less likely to die from heart disease.

Unlike all other diet groups, vegans have a consistently healthy BMI across studies and populations.[iii]

Plant-based diets have been consistently associated with reduced body weight in a multitude of interventional trials.[iv]

Clinicians agree plant-based diets should be considered a viable option for patients who are interested in losing weight and improving dietary quality.[v]

Published in a national newspaper, the letter reads: “The Government is set to ban junk food adverts before 9 pm and end buy-one-get-one-free promotions.

“These are positive steps but the Government’s health strategy roundly fails to mention possibly the single biggest thing as Britons we can do to tackle the obesity crisis.

“Going vegan is one of the simplest, cheapest things Britons can do to slash the risk of becoming seriously ill with Covid-19. Now more than ever before it’s time to embrace the benefits of a plant-based diet before it’s too late.”

The clinicians are backing the new #slashtherisk campaign which launches across the UK today.

The Viva! campaign will see billboards across the country making clear the stark health benefits of a plant-based diet.

Viva! Director Juliet Gellatley said: “Covid-19 will remain a huge threat to millions of people for some time to come.

“Today some of Britain and America’s top clinicians are delivering a very clear message.