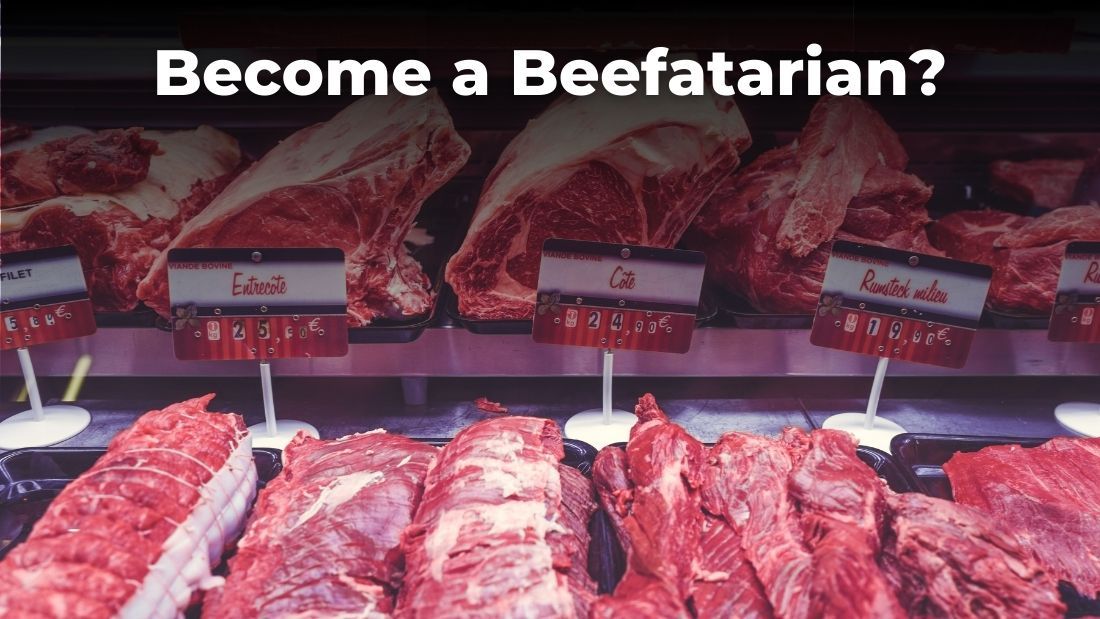 The European Commission has given financial support to a campaign which aims to promote a “balanced diet without deficiencies” and to “strengthen the knowledge and competitiveness” of the European beef sector.

The European Commission has agreed to finance 80 per cent of the €4.5 million budget for the “Become a Beefatarian” campaign, meaning they are pumping €3.6 million into marketing beef in France, Germany, Belgium, Portugal and Spain. The campaign makes some outrageous claims about the beef industry, including highlighting their ‘respect for animal welfare standards, the environment and sustainability’.

The campaign goes on to claim that beef provides ‘quality proteins’ with no deficiencies. They state that beef production provides “pastures as a great carbon sink, soil fetilisation, effects against erosion and desertification, prevention of fires etc.”

In response, Juliet Gellatley, founder and director of Viva! said:

“This campaign is utterly delusional. It has been proven time and time again that red meat, such as beef, is linked to heart disease, diabetes, and cancer, due to its high level of saturated fats, cholesterol, and salt. In addition, it is packed with animal hormones, antibiotics, and a whole host of other unsavoury ingredients which our bodies simply aren’t designed to digest. The scientific evidence against red meat is backed by government bodies and leading agencies, such as the World Health Organization. Beef doesn’t contain anything of nutritional benefit that you can’t find in healthier foods. A wholefood plant-based diet, on the other hand, provides all the nutrients you need to lead a healthy, balanced lifestyle, without all the added hidden nasties.”

“The environmental aspects of this campaign are laughable. Animal farming is at the heart of the climate crisis. Beef farming in particular is causing mass deforestation as land is cleared for grazing and to grow animal feed, which in turn contributes to desertification. These crops could instead be fed to the human population, producing enough food to feed the entire world. The science is clear: vegan diets result in 76 per cent less land use and 50 per cent less greenhouse gas emissions.12 It is quite simply the most effective way to improve your health and save the planet.”

“This campaign is another example of biased, harmful marketing which is funded by the meat industry. We are disappointed in the European Commission for backing this campaign. It’s high time they paid attention to the latest scientific evidence and listened to consumer demand, by supporting plant-based food initiatives and encouraging the public to go vegan. Just think of the positive impact we could have on the planet with those financial resources!”