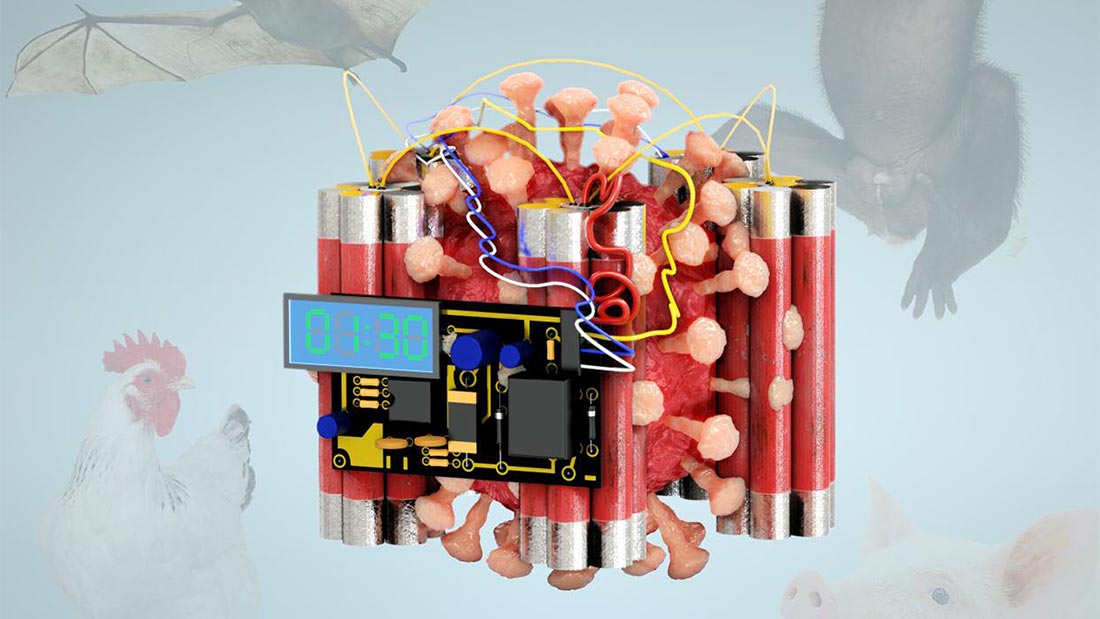 Experts: new bird flu strain could kill 60 per cent of those infected

A NEW report will today warn that a mutated bird flu virus capable of killing six-in-ten of those infected is ‘poised to emerge in humans.’

Across the world viruses carried by wild water birds are causing increasing levels of illness and death in large numbers of land-birds, especially poultry.

Scientists are concerned that the global explosion in factory farming and wildlife markets could make the transmission of mutated strains of the H5N1 bird flu virus to humans much easier.

Both Covid-19 and bird flu are zoonotic diseases – infectious diseases that spread from animals to humans.

They include familiar illnesses and diseases such as the common cold, influenza (flu), polio, AIDS and measles alongside other lesser known ones such as SARS, MERS, Nipah virus and Ebola.

Most recently, Covid-19 has joined this growing list, having jumped from bats or other wild animals, to humans, leading to the current pandemic.

There are over 200 zoonotic diseases and 56 of them affect some two-and-a-half billion people and cause nearly three million deaths every year.

Zoonotic diseases are developing with increasing frequency. Three out of four new or emerging infectious diseases in people come from animals.

The report calls on Britons to go vegan in a bid to reduce demand for factory farming and wildlife markets.

In the Zoonoses a ticking time bomb report Dr Butler writes: “The majority of both zoonoses and antibiotic-resistant diseases are the result of human activity, with factory farming and wild animal markets lying at the heart of the problem.

“The solution could not be easier – go vegan now!”

Zoologist and Viva! director Juliet Gellatley said: “The writing is on the wall. The global explosion in factory farming and wildlife markets has left humankind exposed to catastrophic pandemics that could kill millions of people.

“For the sake of generations to come we must heed the science and end our collective dependency on the horrific abuse of animals.”

[ii][ii] The Lancet – reported by the British Medical Journal