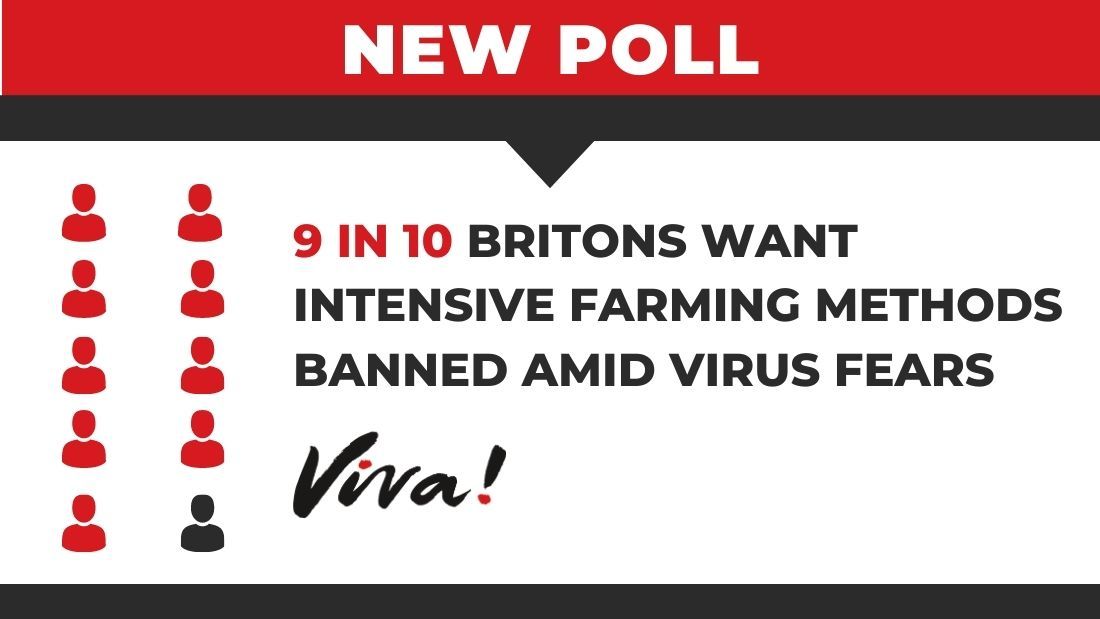 SOME 9 in 10 Britons want the Government to introduce an immediate ban on intensive farming methods amid concerns over killer viruses.

A new poll out today will reveal 85 percent want to see an end to so-called ‘factory farms’.

The OnePoll survey of 2,000 UK adults was commissioned by the vegan charity Viva!

Around two-thirds of farmed animals are factory farmed worldwide every year – totalling some 50 billion animals.

Today 3 in 4 of the world’s new or emerging infectious diseases such as coronavirus come from animals – mainly from factory farming and the trade in wildlife.

Taken together 57 zoonotic diseases were responsible for an estimated 2.6 billion cases of human illness and 4.4 million deaths in 2020.

Experts at the European Food Safety Agency agree that animals reared in high-stress environments such as factory farms are more likely to contract viral infections.

The poll also revealed some 31 percent of Britons are set to slash their meat consumption or go vegan in 2021 amid Covid-19 concerns.

Londoners are set to make the biggest change to their diets – with around 44 percent vowing to avoid animal products.

Viva! Director Juliet Gellatley said: “Experts agree that factory farming is one of the leading causes of the mutation and spread of killer viruses between animals and humans.

“Whitehall is playing Russian Roulette with the lives of millions of Britons by continuing to permit farmers to cram thousands of animals together in despicable conditions.

“Today the Great British Public has spoken. It’s time to end factory farming before it ends us.”

Senior Health Researcher Dr Justine Butler said: “Across the UK we are seeing outbreaks of avian flu in factory farms as well as backyard chickens.

“The scientific evidence could not be clearer. When you farm animals intensively you risk increasing the chance of mutation and spread of dangerous viruses.”