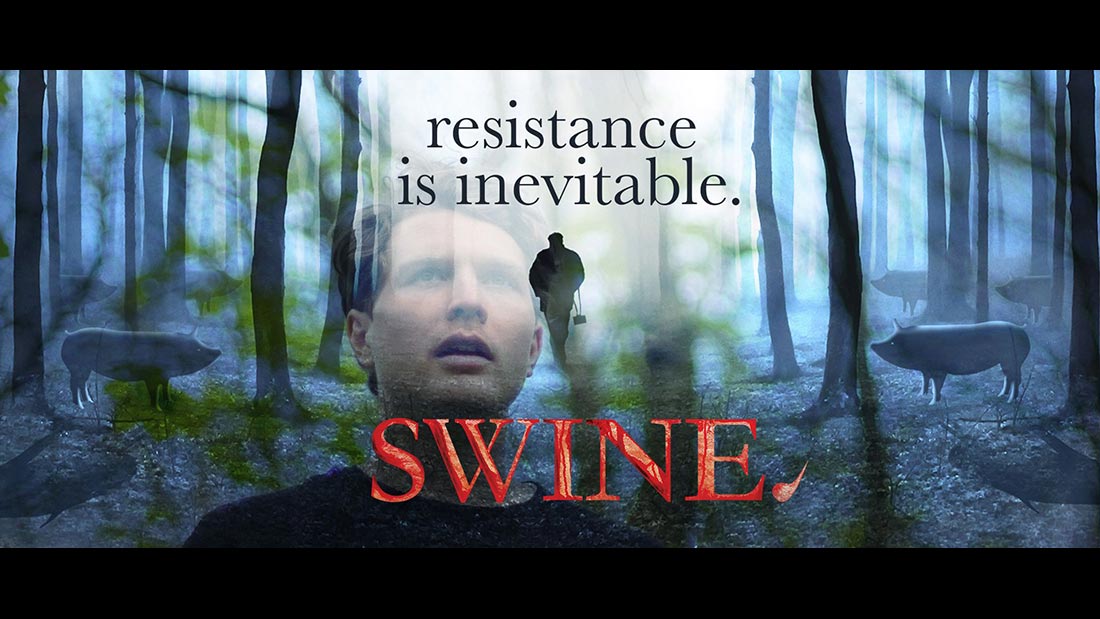 “Antibiotic resistance is one of the biggest threats to global health, food security, and development today. It is the most urgent of the drug-resistant trends.” World Health Organisation (WHO), October 2016.

To highlight concerns raised by WHO, as part of their week of awareness, charity Viva! are promoting their new short thriller/documentary, SWINE, made in partnership with The Growing Box Co & La Verita Studios.

The short film exposes the impending crisis of antibiotic resistance developing in UK factory farms and more broadly the failings of the industrialised meat industry.

The film is available to watch free-of-charge at: www.watchswine.today and www.viva.org.uk/swine.

The film combines a fictional piece starring two-time World Freerunning Champion, Timothy Shieff, going undercover as a journalist (Jack Tomlins), in a UK factory farm to investigate rumours of a MRSA superbug outbreak in the pig population. Tim said on his involvement in the film: “It was great to work on this film, Viva! are an organisation I support and the issue of antibiotic resistance is a very real threat developing right now in factory farms everywhere”.

As well as a longer documentary part of the film highlighting how decades of neglect and reckless behaviour has led the impending crisis of antibiotic resistance to develop in factory farms.

Juliet Gellatley, Director of the charity Viva! says: “For years the factory farming industry have been lying to us about how they treat animals”.

She added: “The rise of antibiotic resistance in factory farms is just the latest in a long line of abuses by an unregulated and out of control industry, which needs to be stopped”.

“Viva!’s message is the government knows we are on a cliff edge where antibiotics are concerned. They are not taking action so we, as a society need to take matters into our own hands. Reject factory farming and meat – choose vegan. This film will be seen by millions and will help us change the world.”

Creators of Swine, Damien Clarkson and Robbie Lockie of the Growing Box added: “We hope this film shines a light on the secretive world of factory farms. Antibiotics have saved thousands of lives every day and the actions of factory farms are making the spectre of an antibiotic resistant future a real possibility”.

About Viva!: Viva! is positively vegan and since 1994 has been campaigning to end the suffering of farmed animals.  Viva! helps people reduce their meat, fish, dairy and egg intake and move towards a kind, compassionate, healthy diet.  They believe that every step towards being vegan is a positive one.

SWINE is a film written and produced by film-makers and campaigners Robbie Lockie and Damien Clarkson. The film is their first collaboration under the name Growing Box Co. and it has been commissioned by the charity Viva! as part of their ongoing campaign ‘FaceOff’.