Is Northern Ireland at risk of becoming the UK’s mega farm dumping ground? 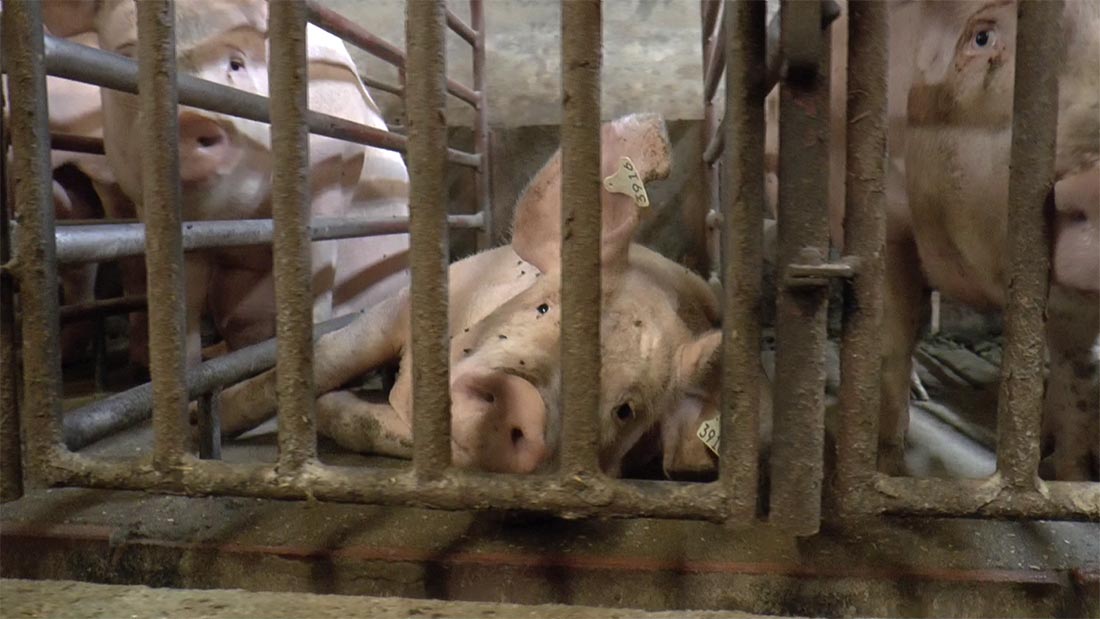 ANIMAL CHARITY VIVA! is asking whether Northern Ireland is in danger of becoming mega farm central after plans were announced for yet another giant pig farm (in Limavady). Despite large American-style pig and dairy factory farms being rejected in England in the past couple of years because of environmental concerns, Northern Ireland’s planning departments are currently considering plans for THREE huge factory farms – one of which would be the largest ever pig farm seen in the UK.

Viva! is joining local people in their condemnation of the plans. It has asked its supporters across the UK to object to the Newtownabbey mega pig farm and is now asking them to also voice their concerns over new plans for a 20,000 pig unit at Limavady. In addition, plans have also been submitted for a 35,000 chicken broiler farm less than two miles from the proposed pig farm at Limavady.

The charity has expressed concerns about the welfare of pigs on the proposed Limavady farm, which will permanently house 2,247 breeder sows. The plans do not detail the farrowing system the farm would use, but most commonly sows in the UK are confined to farrowing crates for a week before they give birth and for about four weeks afterwards. During this confinement the sow is unable to even turn around and the crate prevents all but the most rudimentary nurturing of her piglets.

Viva! has dismissed suggestions that the farm will be ‘green’, with the methane from the pigs themselves producing huge amounts of carbon equivalent gases. The farm at Limavady would also be a huge drain on water – over 10 million litres a year alone for the sows (according to the planners own environmental statement).

Viva! have been one of the leading forces behind fighting the expansion of factory farming across the UK and were instrumental in defeating plans for Foston ‘pig prison’ in Derbyshire and giant mega dairy at Nocton, Lincolnshire. The charity says that it fears that planning departments could inadvertently allow an explosion of mega farms across Northern Ireland, which could then set a precedent for the rest of the UK.

Justin Kerswell, Viva!’s campaigns managers, says: “Mega farms in England have been defeated in the past couple of years after a very public outcry, but could Northern Ireland be sleepwalking into becoming factory farm central? The same concerns over animal welfare and environmental damage that saw off plans in Foston and Nocton cannot be ignored at Limavady and Newtownabbey. These are not farms as most people know them, but giant industrial units where the only concern is to get animals from birth to slaughter in the quickest time possible. There is talk of high welfare and green credentials, but neither ring true. You don’t have to scratch very far beneath the surface to show that the main motivator is profit. It seems that animals, local people and the countryside be damned.

“However, consumers also need to consider their own role in the growth of factory farming. Without the demand there would not be the supply. If the thought of factory farming in Northern Ireland horrifies you the best thing you can do is not lend it your support at the supermarket. The best way to do that, and help end the suffering of animals, is to drop meat from your diet completely and go vegan.”

Viva!’s full objection to the Limavady plans can be viewed here: http://www.viva.org.uk/vivas-full-objection-limavady-plans

Viva! is asking supporters on its website and social media to send in their objections to Causeway Coast and Glens Borough Council (the charity will collect these and pass them on before the closing date of August 7, 2015): http://www.viva.org.uk/object-to-limavady-pig-prison

Objections are still being collected for the mega pig farm at Newtownabbey: http://www.viva.org.uk/form/say-no-ni-mega-pig-farm

Viva! promotes a vegan diet as the best way to help end the suffering of animals and be environmentally friendly. The charity offers free help for those wishing to try vegan: www.viva.org.uk/30dayvegan

For more information on the information and views in this media release contact Justin Kerswell on 0117 944 1000 or email campaigns@viva.org.uk.