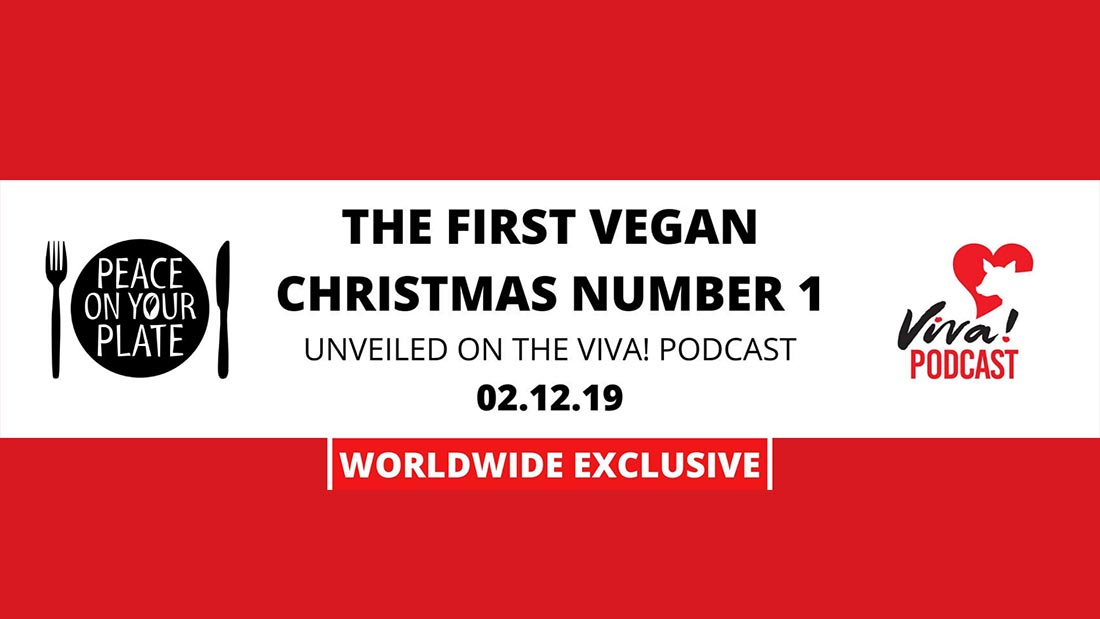 Two musicians are on a mission to achieve the first vegan Christmas number one with their positively vegan track – Peace on Your Plate!

Peace on Your Plate

Two musicians are on a mission to achieve the first vegan Christmas number one with their positively vegan track – Peace on Your Plate!

Gavin Chappell-Bates, from Cambridge, and Giles Bryant, from Clare, Suffolk, have joined forces to bring a message of compassion to the Christmas charts this year.

Their names – and voices – may sound familiar, as Gavin heads up the music section of the Viva! Vegan Podcast and has previously interviewed Giles about his passion for music.

Speaking about the song, Giles said: “It’s about peace to people and all living creatures and that’s what Christmas should be about; primarily love and goodwill.”

The idea for the song came from Gavin, who said: “I couldn’t stop thinking about what it would feel like to wake up on Christmas Day, turn on the radio and to hear the song that is top of the charts being about peace to all creatures on Earth.”

As reported on the BBC, Peace on Your Plate was recorded at Abbey Road studios with producers who have previously worked with Ed Sheeran and Kylie Minogue. The pair invited vegan musicians from across the world to collaborate on the record, which will be released on 13 December.

It currently has odds of 25-1 to reach the festive top spot, the same as Elton John and Michael Buble.

The song will be launched as a worldwide exclusive on December 2nd, on the Viva! Vegan Podcast. Then, you can stream and download the song from the December 13th.

All proceeds from sales of the song will support Viva! and Tower Hill Stables Animal Sanctuary.