Viva! La Burger Tour – Saving the world with every bite 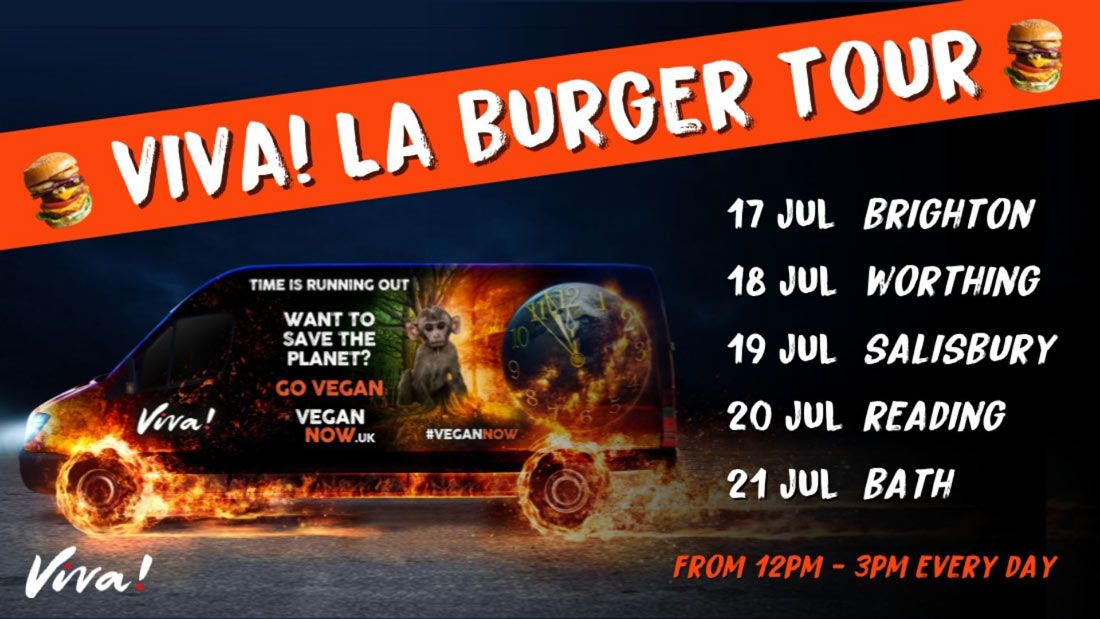 This summer, the UK’s leading vegan campaigning charity, Viva!, are hitting the streets to show the people of Britain just how super delicious vegan burgers are – and how they can save the planet by eating them!

Viva!’s environment campaign #VeganNow, highlights the devastating impact animal agriculture is having on our planet and the climate crisis. Animal agriculture is the leading driver of wildlife loss and releases more greenhouse gases than the entire world’s transport sector. 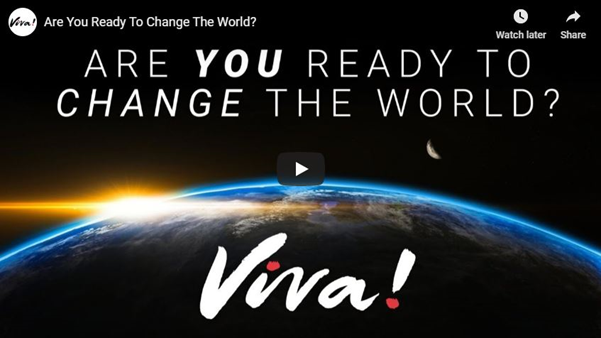 As part of the campaign #VeganNow, Viva! are embarking on a 5-city tour of Britain giving away thousands of FREE delicious vegan burgers with all the trimmings and encouraging the public to try vegan – all from their spectacular vegan burger van! Taste & Glory, a leading meat-alterative brand, have kindly provided their seriously epic and superior-tasting burgers for the tour.

The Viva! team will be on hand to talk about how to make simple vegans swaps, the campaign and their super-easy one week vegan meal plan – V7.

Speaking about the tour, Will Sorflaten Viva! Senior Campaigner said:

“We’re hitting the road this summer to show the people of Britain just how tasty and simple it is to make the world better place – just by eating vegan!

There has never been a more important time to talk about animal agriculture and the devastating impact it is having on our health and our planet.

All major supermarkets have an incredible range of vegan food now, there’s never been a better time – so go on, give it a go! “