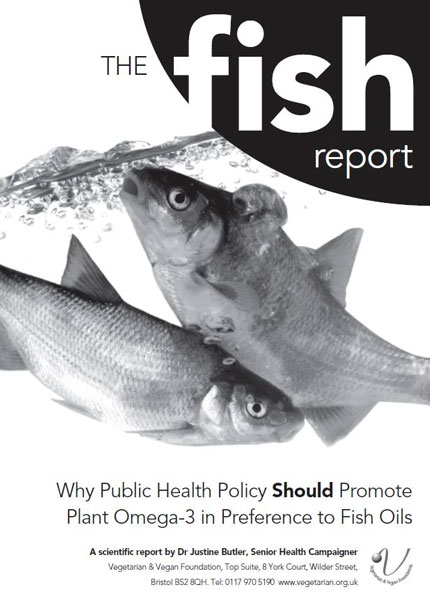 Over the last decade or so, the reputation of fish oils has undergone a meteoric rise from the dreaded cod liver oil of years gone by to the highly esteemed omega-3 fish oil capsules of the new millennia. If you want to keep up with modern nutrition you must be omega-3 savvy!

The alternative view is that the only thing ‘clever’ about fish oils is the huge marketing campaign that has got thousands of people running to the health food shops. Fish oils are promoted everywhere you look – well-known scientists recommend them for children, TV adverts hint at their brain-boosting benefits, food producers slip them into all manner of foods.

Health food shops struggle to meet demand. So convincing is the marketing that many people believe that oily fish are the only source of the magical omega-3 fatty acids which keep our hearts healthy, children clever and ward off allergies and inflammatory conditions such as arthritis. We’re told that oily fish benefit heart health because of the omega-3 fats they contain. However, the evidence is inconclusive.

One long-term study showed that men with heart disease, advised to eat oily fish or fish oil supplements, had a higher risk of sudden death from heart failure than men not so advised. Another study found fish oil supplements increased life-threatening abnormal heart rhythms in patients with implanted defibrillators. A review of studies on fish oils and heart health (which included over half a million heart disease patients), showed no clear benefit of omega-3 fats on heart health. One possible explanation the authors suggest for this is the harmful effects of toxins found in oily fish.

Many people are unaware that all the world’s oceans and rivers are contaminated with toxic pollutants such as polychlorinated biphenyls (PCBs), dioxins and mercury. These toxins accumulate, especially in fatty fish, as you move up the food chain and may completely cancel out any beneficial effects the omega-3s offer. So you are better off getting your omega-3s from healthy plant-based sources such as flaxseed oil, hempseed oil and walnuts. These foods are not laced with toxic pollutants.

This is why the Government has issued warnings to young people, pregnant and breast-feeding women, and those who may become pregnant one day, to limit how much oily fish they eat. Some governments warn that pregnant and breastfeeding women and children under 16 should not eat larger, older fish such as shark, marlin or swordfish because of the high levels of mercury present. Others have voiced concerns about the levels of dioxins in herring, salmon and mackerel, but most people know little about these risks. These pollutants can harm children and adults as well as unborn babies and infants.

More recently the Government has extended its warnings on dioxins and PCBs to include some non-oily fish including: sea bream, turbot, halibut, dog fish or huss, and sea bass. However, it also continues to recommend we eat oily fish. The mixed messages have left people understandably confused. Farmed fish are not the answer. In general they tend to contain less omega-3s than their wild counterparts and more toxins. In fact, the levels of toxins in farmed fish are a significant concern to many scientists.

A comparison of farmed salmon and wild salmon found that the farmed fish had consistently higher levels of contaminants, including PCBs. Other studies show similar findings. This could mean considerable health risks for those who regularly eat farmed salmon. Fish is not a popular food in the UK; people eat only a third of a portion of oily fish a week with seven out of ten people consuming none at all. Promoting oily fish as a public health policy is clearly not working.

The worst consequence of this is that more helpful advice on how to get omega-3s from plant-based foods is just not being given. The good news is you don’t have to eat neurotoxins and carcinogens to get your omega-3s; there are perfectly safe plant sources. Many studies show that omega-3s from plants can protect health without exposing us to these harmful toxins. S

o as part of a vegetarian or vegan diet, plant-based omega-3s provide better protection from heart disease and many other degenerative conditions. This benefits the environment as well; plant-based sources of omega-3s are sustainable, fish are not. Safer, healthier and sustainable sources of omega-3s include flaxseeds (linseeds), rapeseeds, soya, walnuts and oils made from them. Some species of algae (and supplements made from them) can provide the longer chain omega-3s found in oily fish without exposing you to harmful pollutants.

By avoiding fish you can protect your health and help stop the destruction of the oceans caused by over-fishing. The research clearly shows that fish oils are not the wonder food the industry would have you believe. They don’t guarantee good heart health and turn all kids into geniuses. They are not the answer to arthritis and other inflammatory conditions (which vegetarians suffer much less from). We must stop looking for a ‘quick fix’ and focus on the bigger picture… improving our diets by cutting out the foods laden with animal fats, sugar, salt and cholesterol and eating more fruit, vegetables, pulses, wholegrains, nuts and seeds.

This fully-referenced scientific report examines the science behind the health claims and reveals the research the fish industry would rather ignore. It describes why omega-3 fatty acids are important and explains why plant-based oils are better for human health and the environment. It also describes what toxic substances are found in fish and reveals how harmful they can be. It explains why public health policies promoting oily fish are misplaced and undermine more effective and sustainable strategies. It will leave you in no doubt – fish is not a health food.
Click on the PDF link at the top of the page to read the report.

This post has been categorised in: All Print Materials, Reports