Pig Farming: The Inside Story 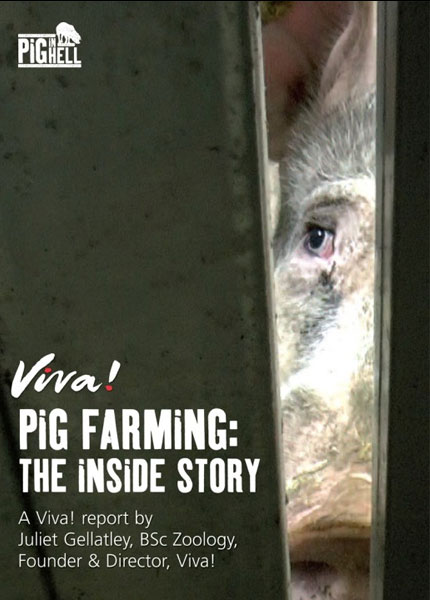 This ground-breaking, illustrated report features findings from our 12 month investigation into an industry built on commodity and profit. Read it and find out what the industry would prefer you didn’t know!

Viva! also went undercover recently in two standard pig factory farms and shockingly, filmed piglets in what can only be described as ‘battery cages’. This same farm supplies the supermarket Morrison’s, and is approved by Red Tractor. At another farm, a pig was filmed literally being eaten alive by another.

This enthralling Special Report takes you behind the closed doors of an industry built on commodity and profit. Read it and find out what the industry would prefer you didn’t know!

This post has been categorised in: All Print Materials