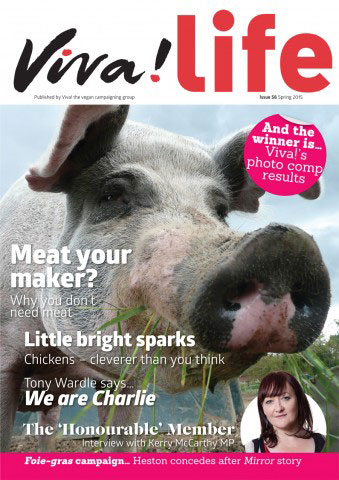 My mum phoned me – she was disgusted: “Tesco are selling kangaroo meat, you have to stop it!”

That was 18 years ago. Every major supermarket chain had suddenly introduced ‘exotic’ meats.

I researched the obscenity of kangaroo hunting and then we took on Tesco. They dropped all exotic meats within days. Australian groups invited me to their homeland and with a massive media, I took on politicians and the industry.

Later, ABC TV invited me back to go one-to-one with a kangaroo killer. The camera crew were clearly against my stance but we flew together in a small plane from Sydney to South Australia then drove for over an hour without seeing a single building. The killer’s large family house was in the middle of the outback, one of a group of eight but the others were abandoned. I found thousands of home-made golden bullets in his conservatory and that night slept with a chest of drawers against my bedroom door! Outside the landscape was truly alien with sparse blue-grey plants against dark orange soils that stretched for miles and miles. The camera crew fired up and I sat sweltering in a 120 degree heat, debating the killing of kangaroos with passion in my heart. The shooter boasted that he’d killed 100,000 kangaroos and off camera bragged of also killing countless cats. I looked him in the eye and asked how he felt when he wrenched a baby joey from his mother’s pouch as she lay dying?

He shrugged and said: “I feel nothing.” I believed him for his eyes were soulless and I remember thinking, “he’s a psychopath!”.

The interview is at www.savethekangaroo/videos – Killing for Kicks.

Viva! forged on and persuaded every British supermarket to withdraw kangaroo and all ‘exotic’ meats. We were also credited with closing the UK ostrich industry.

So it is with great sadness but also gargantuan determination that we now campaign to persuade Iceland to withdraw all ‘exotic’ meats, including kangaroo. See page 18 to help.

There are some excellent features in this issue – and wonderful variety – from Tony’s heartfelt, lucid plea to never take freedom of speech for granted (page 26), to the fascinating intelligence of the humble hen (page 10) to a robust round-up of why we don’t need meat (page 36)!

Finally, many congratulations to Paul Freestone, Isobel Renn and Helen Brand and all the winners of our photo competition (page 24). Helen’s stunning photo of a rescued pig adorns our front cover. Look into his eyes. Wonderful.