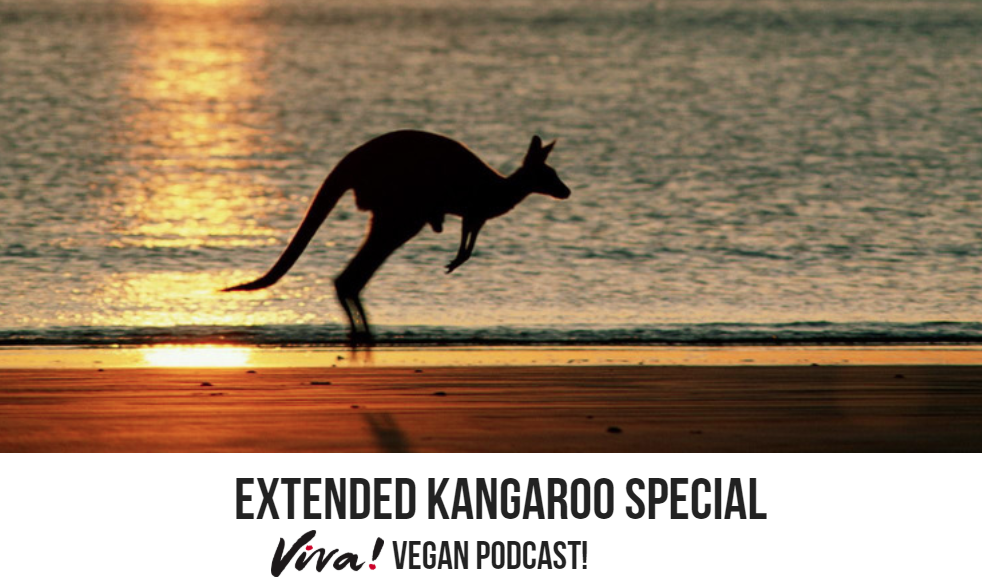 As a Summer heatwave raises UK temperatures, we turn up the heat on our campaigns to stop kangaroo slaughter, take a vegan ice-cream van to cities across the UK, and bring a new festival to Bristol.

Killing for Kicks – Viva!’s UK Campaign to End the Sale of Kangaroo Products.

Kangaroo: A Love/Hate Story. This groundbreaking film reveals the truth surrounding Australia’s love-hate relationship with its beloved icon. Juliet goes to the London premier and talks to Kate and Michael McIntyre, the directors of this powerful documentary.

cities across the UK will get the chance to try out Viva’s vegan ice-cream range as our van tours the country this Summer.

Killing for Kicks. According to the Kangaroo Industries Association, 80 per cent of kangaroo meat sold for human consumption is exported overseas. This illustrates the need for international campaigns. Viva! ran a successful three-year campaign from 1997 to 2000 to stop the sale of kangaroo meat from supermarkets in the UK. The Days of Action involved more than 100 local Viva! groups holding photocalls, demonstrations and talking to the public at any one time at stores all over the nation. The British public support for Viva!’s campaign was huge, with many people refusing to shop at stores that sold kangaroo meat. After the success of this campaign, Viva! turned its attention to football. The connection? Companies such as Adidas kill kangaroos for their skin – for football boots and the kangaroo industry is desperate to nurture this trade.https://www.savethekangaroo.com/killing-kicks

Kangaroo: A Love/Hate Story. This groundbreaking film reveals the truth surrounding Australia’s love-hate relationship with its beloved icon. The kangaroo image is proudly used by top companies, sports teams and as tourist souvenirs, yet when they hop across the vast continent some consider them to be pests to be shot and sold for profit. KANGAROO unpacks a national paradigm where the relationship with kangaroos is examined. See http://kangaroothemovie.com/about

The VivaCity Festival is coming to Bristol this Summer. Since 1994, Viva! has been campaigning to end the suffering of farmed animals. Viva! Vegan Festivals were born out of the wish to equip people with all the info they need to change themselves or to bring about change in others. Our shows provide all the information anyone could ever want about going, being and staying vegan – or moving in that direction. We show people first-hand how animals are suffering in and how healthy and delicious a vegan diet actually is! https://www.viva.org.uk/festivals/bristol-vivacity-2018

You can hear this podcast via Apple Podcasts, Google Play (in the USA) and lots of other apps and websites. Spread the word! Don’t forget to share us on Facebook and Twitter!