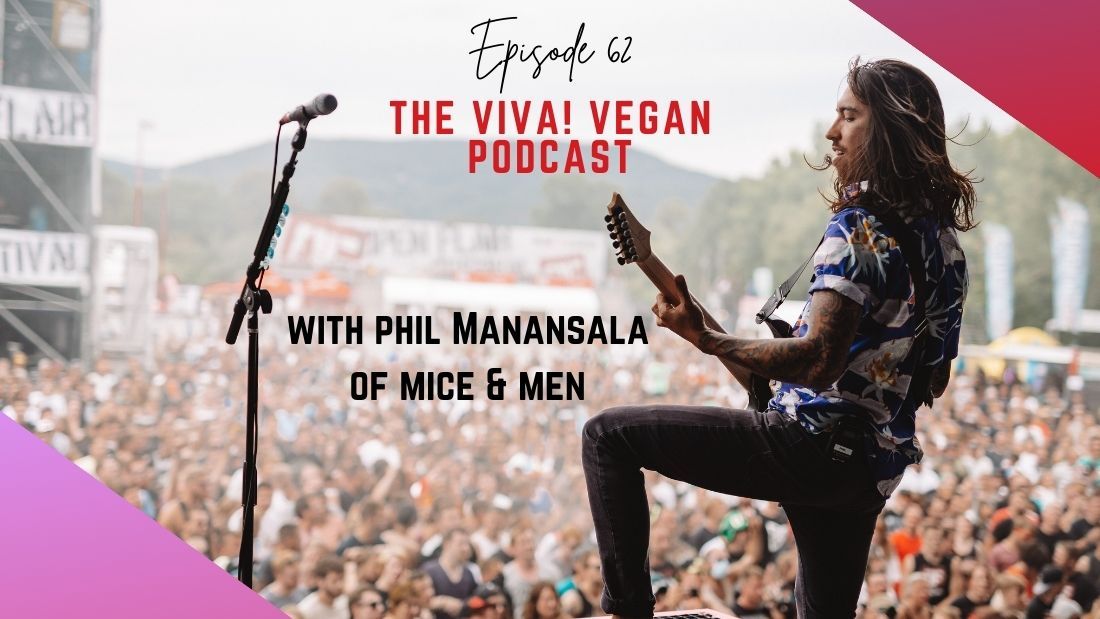 Phil Manansala, vegan and guitarist from Of Mice & Men

The guitarist of the internationally acclaimed alt-metal band, Of Mice & Men, speaks about finding guitars, music and veganism through his life and career.Phil Manansala joins us from his home in California for a journey through being part of an acclaimed band who have had a no. 1 Billboard Independent album – Restoring Force – and touring with some of the biggest metal bands on the planet, such as Linkin Park, Rise Against and Slipknot.Interviewed by Viva!’s Faye Lewis, he delves into his personal life and explores what brought him to veganism and the impact it’s had on him.

You can hear this show via Apple Podcasts, Google Podcasts and on lots of other apps and websites. Spread the word! Don’t forget to share on Facebook and Twitter!

Subscribe to our emails and get the latest episode every month, straight to your mobile device or computer. It’s automatic and completely free.

Copyright owned by Viva! Bristol 2021. Not for re-use without our written agreement. All featured music and content used by permission. Produced by Helen Wilson for Viva!.

This podcast is sponsored by Beer 52 who are offering Viva! supporters a FREE case of eight vegan craft beers. That is eight craft beers, free from any animal products, sourced and curated from the best breweries on the planet for FREE! (excl. delivery). Go to beer52.com/veganviva to find out more.

This podcast is also sponsored by Eden Treats who are offering Viva! supporters a discount on their luxury Christmas hampers. Simply go to edentreatcollection.co.uk and enter Vivaten at the checkout to enjoy a 10% discount.