So many religious texts feature animals prominently, and followers of different faiths can turn to their religion to make sense of our treatment of animals in today’s world. For many people, it can be an important way of helping understand the role that veganism offers in today’s world.

Viva! invited leaders from different faiths to provide a contribution on how their religion advocates a vegan lifestyle, and we hope that this webpage helps you on your personal journey towards veganism.

We would love to hear from more faiths so that we can add their contributions to this page, which is here to help people from different faiths research how their religion may not just allow for a vegan lifestyle, but actively encourage it! Get in touch. 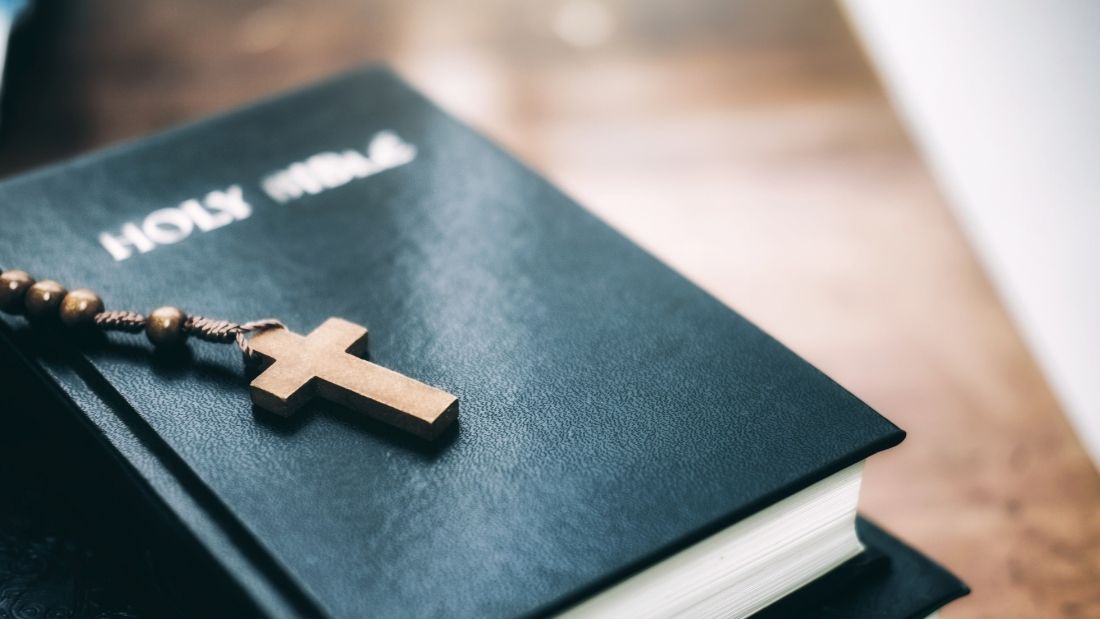 For 2,000 years Christianity has proclaimed good news to the world; challenging injustice, embracing the downtrodden and speaking up on behalf of the voiceless. Inspired by Biblical values of love and compassion, (Galatians 5.22-26) Christians throughout the ages including early Church Fathers, famous saints (most notably St Francis of Assisi), 19th century Reformers (most notably William Wilberforce) and contemporary theologians and Christians leaders have championed the cause of animals.

Jesus was known for his kindness to animals (Matthew 11.28-30) and, within the Gospels, identified Himself with animals including a dove, lamb and mother hen to illustrate the depths of God’s love.

Food is an important aspect of the Christian faith and, within the first few pages of the Bible, God institutes a plant-based diet for both humans and non-human animals alike – “God said, ‘See, I have given you every plant yielding seed that is upon the face of all the earth, and every tree with seed in its fruit; you shall have them for food’” (Genesis 1:29). God, in other words, created the world vegan. It is a vegan world which God proceeds to declare very good at the beginning of creation (Genesis 1:31); it is a similar such world, free from death and suffering, which God’s promises to restore at the competition of creation (Revelation 21-22).

Whilst, in today’s world, the consuming of meat is prevalent among Christian communities, a growing number of people are asking themselves serious questions about their food choices. Viva!’s work in exposing animal cruelty within the meat, dairy, fish and egg industries is a wakeup call to today’s generation of Christians who wish to practically follow the example of Christ and protest against animal abuse.

What we choose to put on our plates is a faith concern. It is a way for us to demonstrate grace and gratefulness in response to all that God has given us, and to respond with love for the love we have received.

Choosing a vegan diet enables us to reflect God’s love for all His creatures and look towards God’s promised future; a restored creation which will be free of all violence and suffering – “He will wipe every tear from their eyes. There will be no more death or mourning or crying or pain, for the old order of things has passed away.” (Revelation 21:4).

Veganism allows us to start the process of wiping away the tears from God’s creatures and bring healing to God’s suffering creation; one meal at a time.

Sarx is a UK registered charity which works to empower Christians to champion the cause of animals and live in peace with all God’s creatures. For more information on Christian perspectives of veganism and other animal issues: www.sarx.org.uk 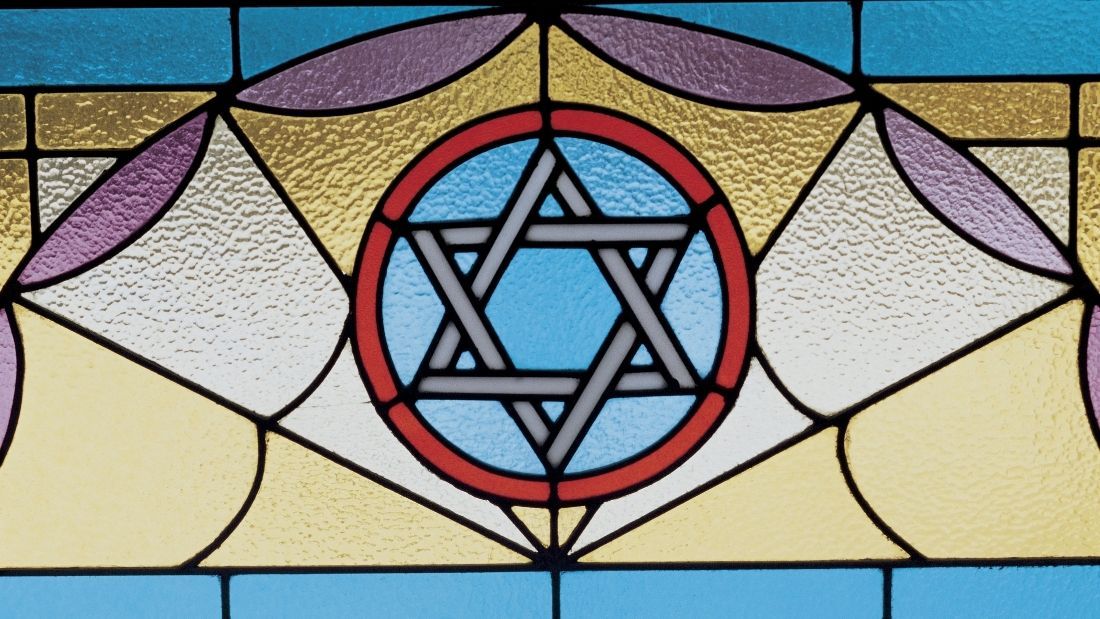 To say there is a connection between Judaism and veganism would be an understatement.

The case can be made that veganism is an outright imperative for Jews, if they want to live in alignment with the religion’s highest values.

Through the centuries, several leading rabbis have been emphatically stating exactly this.

In the modern era, one of the most articulate proponents of Jewish veganism is Rabbi David Rosen, an Orthodox rabbi and former Chief Rabbi of Ireland. He states:

“Judaism’s way of life, its dietary practices, are designed to ennoble the human spirit. It is therefore a contradiction in terms to claim that products that come through a process that involves inordinate cruelty and barbarity toward animal life can truly be considered kosher in our world. In our world today, it is precisely a plant-based diet that is truly consonant with the most sublime teachings of Judaism and of the highest aspirations of our heritage.”

The basis for veganism in Judaism stands on three key pillars of the Torah, the Jewish Bible.

Any one of these three pillars, standing alone, should be enough to inspire any Jew to stop consuming animals. But when you consider them together, as a whole, you’ll understand why more and more rabbis are coming forward and encouraging their fellow Jews to transition to vegan lifestyles.

Yes, meat-eating is legally permitted in Judaism. But the great Rabbi Joseph Soloveitchik, one of the founders of Modern Orthodoxy, explained why Jews should think twice about consuming animal flesh, based on what the Torah says about meat-eating and meat-eaters.

“Flesh-eaters are people who lust. Of course, it is legalized, approved. Yet it is classified as ta’avah — lust, repulsive and brutish.” (Numbers 11:34, Deuteronomy 12:20).

In contrast, when God gave humankind the instructions to eat plants and only plants (Genesis 1:29), God for the first time described Creation as tov me’od, very good (Genesis 1:31). To hear what rabbis are saying about veganism, visit jewishveg.org/rabbinic-statement.

Jewish Veg is a U.S.-based non-profit organization that inspires and helps Jews to adopt vegan diets. To learn more, visit jewishveg.org, and jvs.org.uk to explore the Jewish Vegetarian Society. 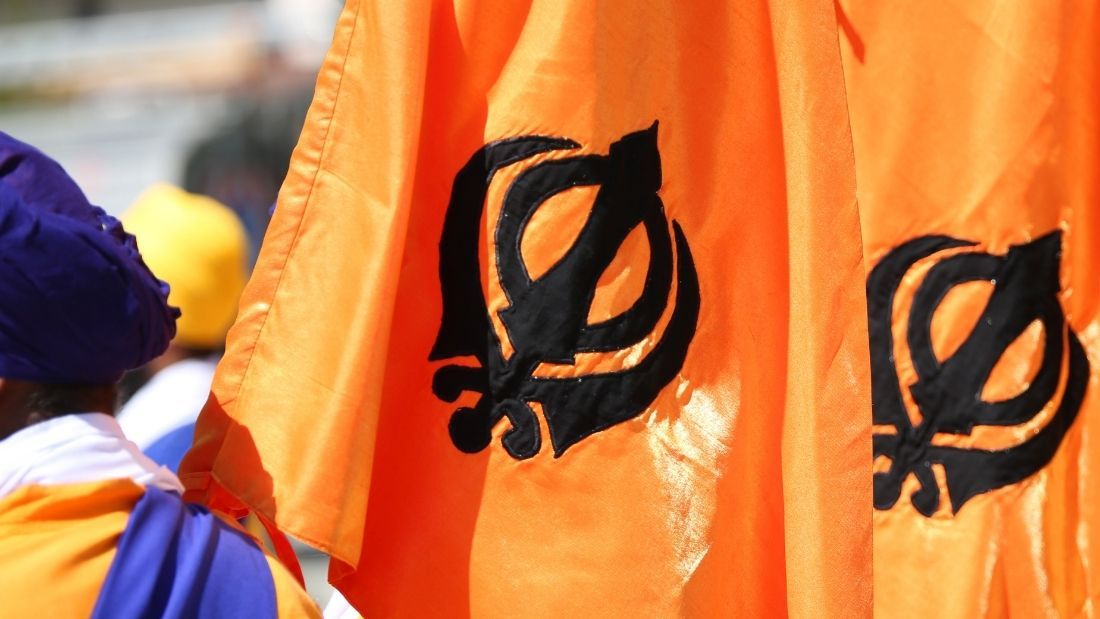 Emerging at the end of the 15th century, Sikhism is the fifth-largest organised religion comprising over 25 million followers worldwide. A progressive belief-system ahead of its time, the Sikh philosophy places great emphasis on the values of living compassionately and righteously, the selfless service of others, and equality for all. Correlating belief with practice, Sikh heritage is characterised by examples wherein these values are put at the forefront of community behaviour.

The Sikh concern of welfare does not only cover the wellbeing of humans, and a look at Sikh scripture and history would suggest such compassion is and should be extended to animals. Throughout Sri Guru Granth Sahib Ji (the central Sikh scripture), we are reminded that we should not cause other beings to suffer (Ang 322), we should cherish kindness for other living beings (Ang 136, 1253), and that spiritual ascension is characterised by recognising the presence of God in all creatures (Ang 483, 940). It is also widely held that the 7th Sikh Guru,

Sri Guru Har Rai Ji, established several animal sanctuaries and would often bring animals who were weak or injured into their care, rehabilitate them, and then release them back into the wild.

Though the philosophical and historical tradition of Sikhism would encourage and complement a vegan lifestyle, at present most baptised Sikhs and all Sikh Gurdwaras currently adhere or endorse a lacto-vegetarian diet, which unfortunately contributes to a life of suffering for millions of cows and their offspring. Although many Sikhs have now embraced and integrated veganism into the practice of their faith, there is still an imperative to continue raising awareness of how in this age, only a vegan lifestyle can truly reflect the compassion and kindness that is advocated throughout Sikh scripture, philosophy, and history.

Hark is a university lecturer and currently completing his PhD in Psychology. After learning about the reality of animal agriculture, he transitioned to a vegan lifestyle has since worked on establishing the parallels between the Sikhism and Veganism. With reference to Sikh scripture, philosophy, and the lives of Sikh Gurus, Hark argues that there is a strong case to be made that the logical progression of Sikh ethics and morality ought to extend to non-human animals. A proponent of critical thinking and discourse, he believes that impactful community change starts first with internal contemplation, is nurtured through conversation, and matures with collective effort. 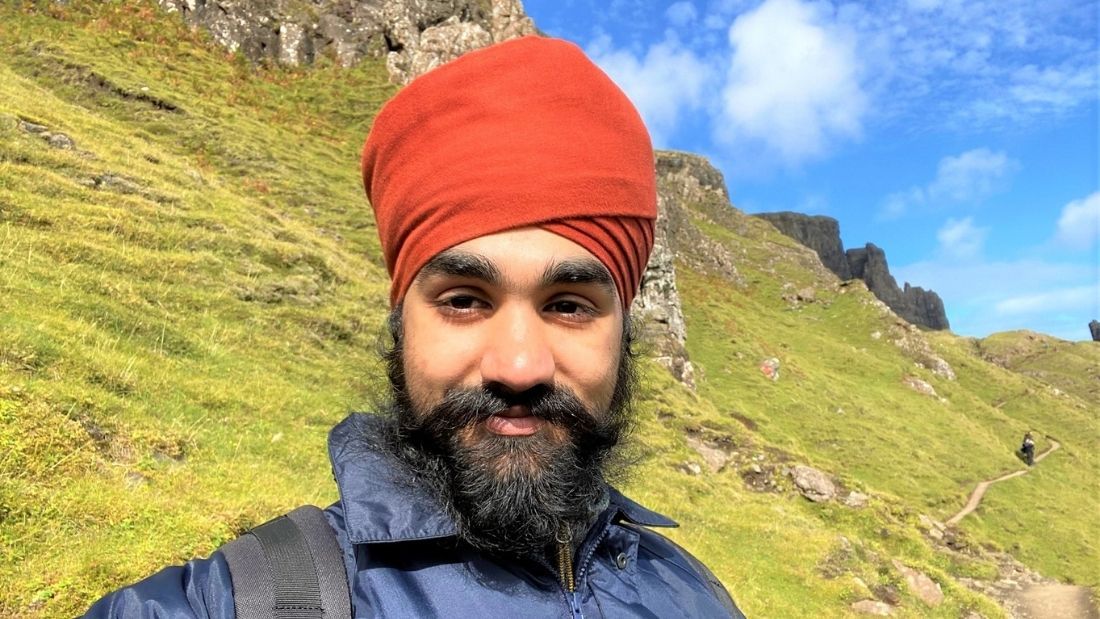 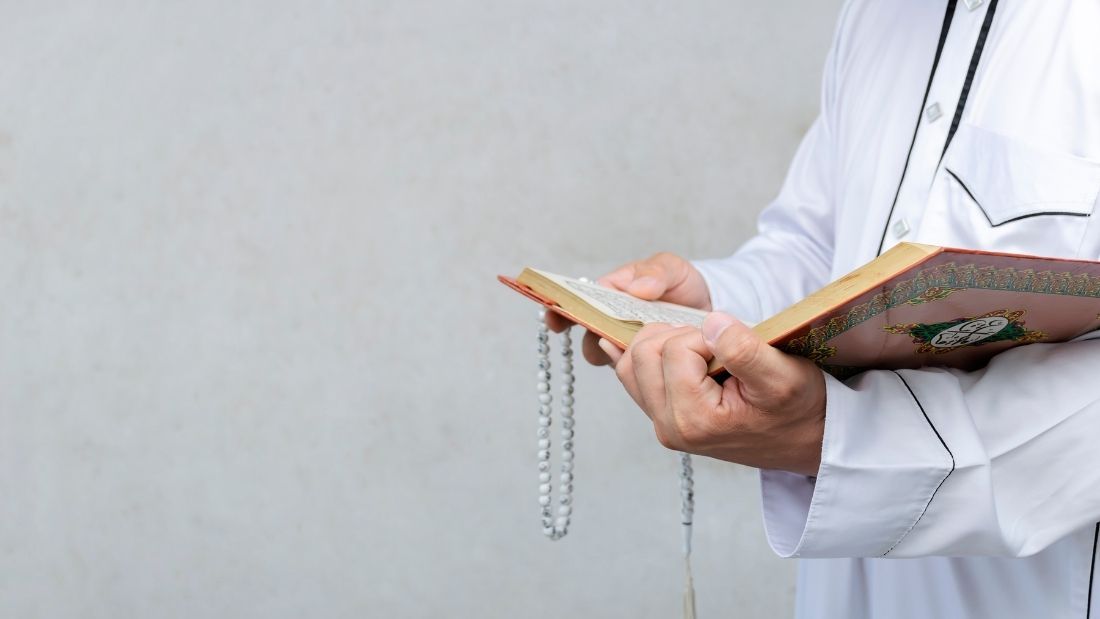 We are currently waiting on a response from different organisations. Please check back soon.

Want to make a contribution?

If you would like to make a contribution on your faith, please get in touch using the contact form below.

Hark is a university lecturer and is currently completing his PhD in Psychology. After learning about the reality of animal agriculture, he transitioned to a vegan lifestyle over five years ago and has since worked on establishing the parallels between the Sikhism and Veganism. With reference to Sikh scripture, philosophy, and the lives of Sikh Gurus, Hark argues that there is a strong case to be made that the logical progression of Sikh ethics and morality ought to extend to non-human animals. A proponent of critical thinking and discourse, he believes that impactful community change starts first with internal contemplation, is nurtured through conversation, and matures with collective effort. 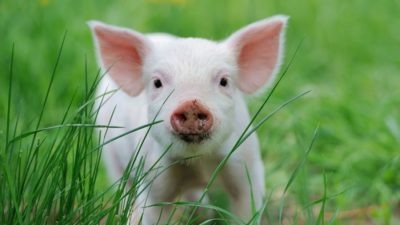 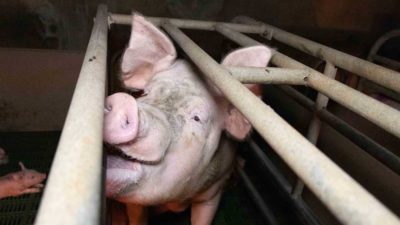 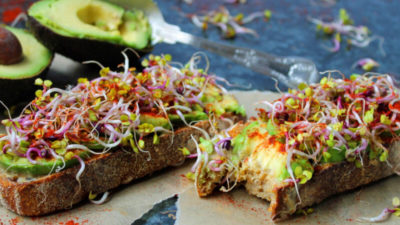 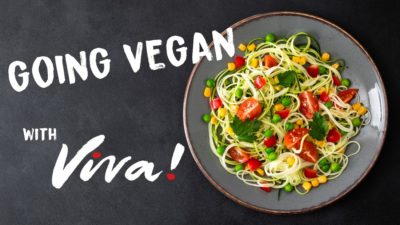 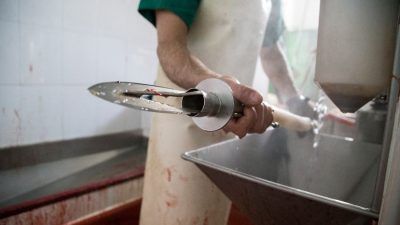 Slaughter: how animals are killed 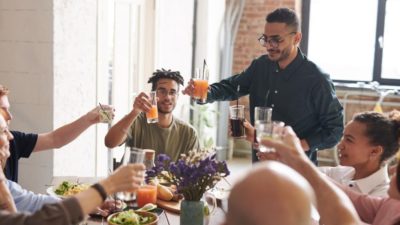