Viva!’s Head of Investigations, Lex Rigby, interviews a man with whom she has a lot in common

Infiltrator of the Secretive World of Animal Exploitation

It was in a Zoom webinar for Sentient Media called Reporting on Life at Sea that I first met Pete Paxton. My contribution stemmed from my seven years at sea with Sea Shepherd, Pete’s from his time on US commercial fishing boats trying to expose cruelty.

He sat behind dark glasses and a baseball cap, to keep his true identity hidden. And, of course, Pete Paxton is not his real name; it’s a pseudonym he uses to shield his identity and which enables to speak out about working undercover, infiltrating abusive and exploitative animal industries and exposing them. 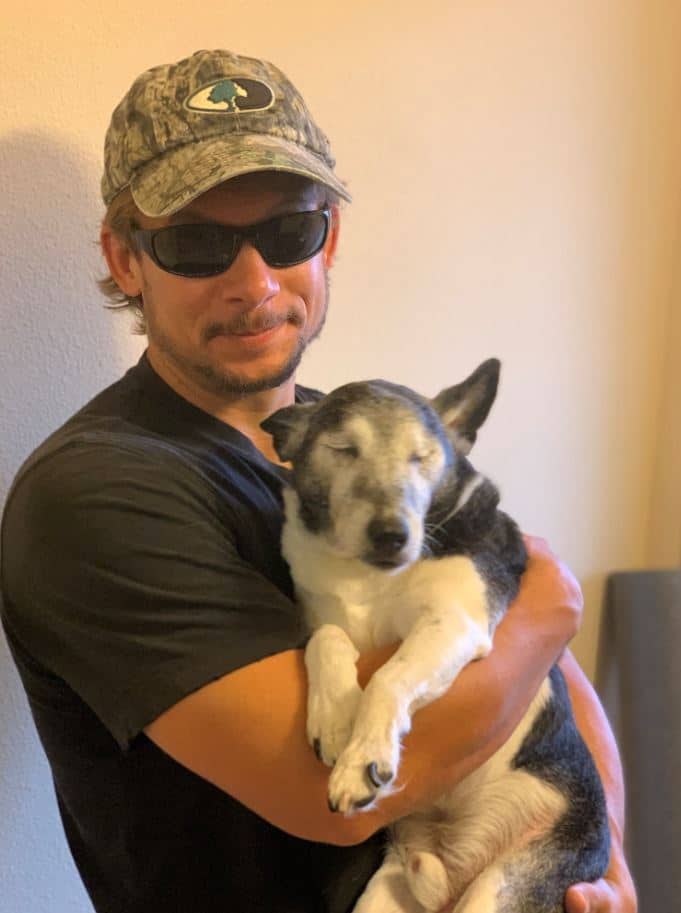 Over the last two decades, Paxton has worked in more than 700 puppy mills, factory farms, slaughterhouses and companion animal stores, as well as onboard commercial fishing boats to document the pervasive animal cruelty. His work has resulted in important change. Several US states are banning sales of cats and dogs in ‘pet shops’. A mandatory scheme has been introduced to buy back fishing permits from destructive drift-net operators in California’s waterways. The illegal practice of selling companion animals to vivisection laboratories has been stopped.

Anyone involved in this kind of work has a tale to tell about how it came about. Growing up in the US, a young Paxton was drawn to the idea of law enforcement – the bottom line being, “I just thought it would be cool”. Like most of us, he had no exact idea about what he wanted to do with his life, just that he wanted to have an effect on the world. Since art was his only natural talent, he dabbled with ‘thought-provoking’ paintings that didn’t provoke too much: “No-one ever understood what I was trying to say”.

By age 16, Paxton had started looking into various agencies connected with law enforcement – including the Federal Bureau of Investigations (FBI) – and stumbled across John Douglas’ non-fiction crime book, Mindhunter. Douglas was a unit chief with the FBI and one of the first criminal profilers – he examined crime scenes to try and describe the habits and characteristics of criminals and attempted to predict an offender’s next move. It was revolutionary and exactly what Paxton had been looking for – the FBI’s Behavioral [sic] Science Unit.

Around the same time, Paxton also discovered vegetarianism and began recognising correlations between the worst injuries serial killers inflict on their victims and the mass mistreatment of animals for food, fashion, entertainment and companionship. At 19 he went vegan and, driven to help animals, fell into a career that aligned this goal with his passion for investigations. “I’m 49 per cent driven to help animals and 51 per cent driven by a passion for investigations”, he says.

When talking about investigations we often focus on the ‘secondary-trauma’ narrative – how hard it is to sustain emotionally demanding work and what defense mechanisms we can develop to deal with the PTSD. We rarely hear anyone talk about the excitement of an investigation or the adrenaline rush experienced by an investigator when capturing some heinous act on camera.

This is where my chat with Paxton becomes so refreshing. We joke about the monotony of surveillance work and how “most of what you do is extremely god damn boring”. He recounts numerous interviews when people have asked him “what did you do when you got that footage?” He can only respond with, “I continued to stay still, because that’s what I’d been doing for hours”.

That honesty takes some of the glamour out of investigative work but nevertheless it’s an important part of the job – being as prepared to deal with the boredom as you are the ‘sustained moral injury’ – doing something you don’t want to do, such as killing an animal or allowing another to suffer in order to get the job done. These horrendous things are essential when working incognito or your cover is immediately blown.

So how does Pete Paxton filter out the brain noise from such distressing work?

“First is to go and listen to Slipknot really loud!” Funnily enough, I’m a Slipknot fan too but heavy metal isn’t for everyone. When in the moment, Paxton says you need to learn how to make every painful emotion add value – when you’re experiencing something unpleasant, you need to see it as a challenge to overcome so that you can become stronger and more resilient in the difficult times. Physical fitness, mindfulness and meditation all play a part.

For Paxton, there’s been many difficult times, almost 20 years’ worth of them, but there’s one I’m particularly interested in – his first job for Last Chance for Animals (often referred to as the FBI of animal rights). He introduces me to Martin Creek Kennels, owned by C.C. and Patsy Baird (both 59), which were licensed to sell dogs and cats they had not bred themselves to veterinary schools and research labs. Unknown to the government, this reportedly included stolen pets. 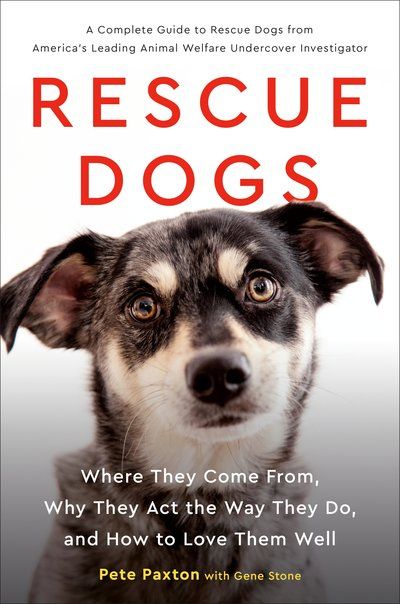 For six months, Paxton worked at the kennels, videotaping routine abuse – from dogs dying of malnutrition to severe beatings and extreme neglect. His investigation led to a plea of guilty by the two owners, a huge $267,000 fine and the closure of the kennels. It became the subject of an HBO documentary, called Dealing Dogs, and led to Paxton being awarded the Coin of Excellence award from the US Attorney’s Office of Arkansas.

I can tell that dogs are a big love of his and so we talk about his book, Rescue Dogs. Part autobiographical, part how-to guide on adopting dogs, it translates perfectly to a UK audience and includes stories of individuals he’s met during his assignments and how potential adopters can prepare their homes to welcome a dog – even one with problematic behaviour or one that, as Paxton puts it, is “just an ass-hole”.

Chatting away about the dogs in our lives, I can see the passion for them in his eyes (the sunglasses have disappeared by now). So what advice does he have for those who want to emulate his undercover work?

The first is to get experience of manual labour – which doesn’t mean landscaping your parents’ garden but real hard graft. “The kind that leaves every bone in your body aching at the end of the day. Secondly, you need to work out. You have to be physically fit and learn how to destroy yourself, to build yourself up. And finally, get used to doing disgusting work”. He suggests volunteering at wildlife sanctuaries to learn how to handle animals who are sick and injured so that you don’t fear death and know what to do when it happens.

I really respect his honesty and leave our call inspired.