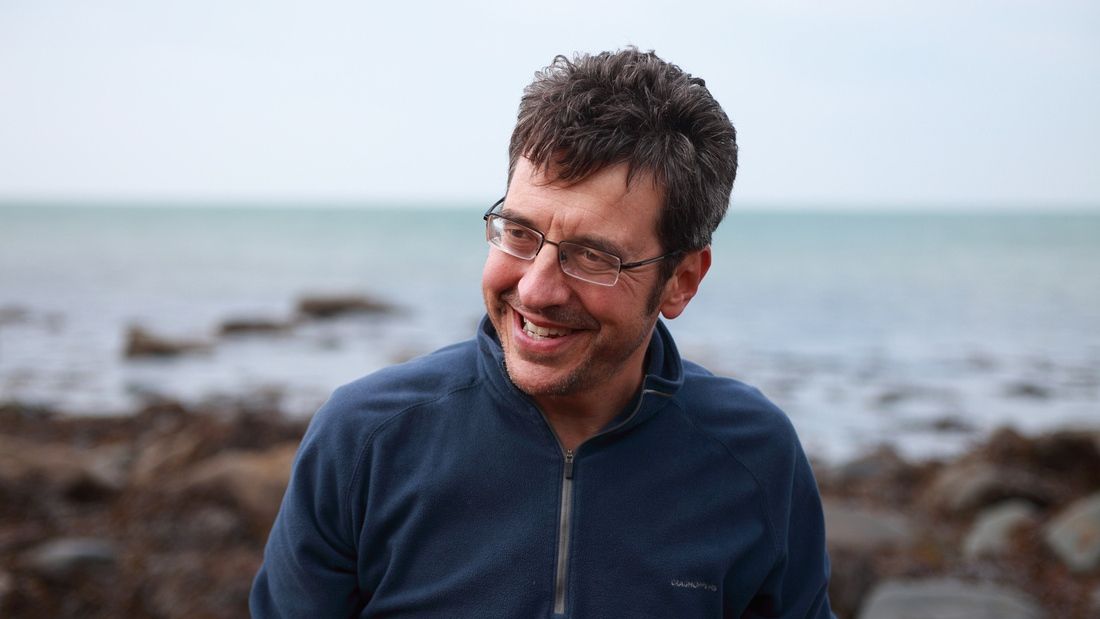 George Monbiot is a British journalist and author, focusing on environmental and political issues. He regularly writes for The Guardian and has authored several books including Heat: How to Stop the Planet Burning and Feral: Searching for Enchantment on the Frontiers of Rewilding. He is also the founder of The Land is Ours, a group that campaigns for the right of access to the British countryside.

Monbiot was awarded a degree in zoology from Oxford University and went on to work as a radio producer for the BBC’s Natural History Unit. He left the BBC to focus on his own writing.

“Last September I arranged to spend a day beside the River Culm in Devon, renowned for its wildlife and beauty. However, the stretch I intended to explore had been reduced to a stinking ditch, almost lifeless except for some sewage fungus. I traced the pollution back to a dairy farm.”1Monbiot, G. 2016. ‘I’ve converted to veganism to reduce my impact on the living world.’ The Guardian. Available: https://www.theguardian.com/commentisfree/2016/aug/09/vegan-corrupt-food-system-meat-dairy [Accessed 17 September 2021].

“After almost a year on this diet, I have dropped from 12 stone to 11. I feel better than I’ve done for years, and my craving for fat has all but disappeared. Cheese is no more appealing to me now than a lump of lard. My asthma has almost gone. There are a number of possible explanations, but I wouldn’t be surprised if it had something to do with cutting out milk.”1Monbiot, G. 2016. ‘I’ve converted to veganism to reduce my impact on the living world.’ The Guardian. Available: https://www.theguardian.com/commentisfree/2016/aug/09/vegan-corrupt-food-system-meat-dairy [Accessed 17 September 2021].

George Monbiot, now a committed vegan, talks to Viva! about the environment and other things

I have followed the twists and turns of George Monbiot’s journalistic career for probably three decades – because he was the only one trying to take environmentalism and politics by the scruff of the neck to shake some sense into them (and that speaks volumes about the rest of British journalism).

I cheered when he flirted with veganism and then booed when he rejected it again but now he is a full-on, vociferous vegan. Why did it take so long? George is very honest in his reply.

We were interviewing him back stage before his talk at Bristol University – Connecting the Dots: Climate Emergency, Consumerism and Mental Health. He is now essentially putting himself in the vanguard of change, outspoken and offering wholehearted support to Extinction Rebellion and others. But just how important is veganism to the change he wants?

“We need systemic change above all else but there are some important consumer actions that we can take – to stop flying and stop eating animal products. The second is by far the most important because not only does it impact on climate change it has a vast range of other environmental impacts. The greatest cause of terrestrial loss of diversity and wild species is the livestock industry and so by unhooking ourselves from that, we’re able to spare huge areas of land which can be returned to wild life – and that has got to be the overriding aim.

“It also draws down far more carbon from the atmosphere than we first thought so rewilding helps to prevent climate breakdown.” 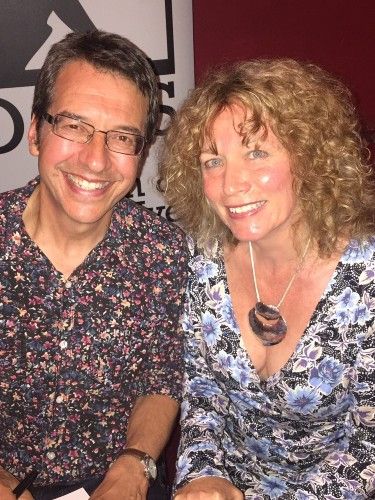 George Monbiot speaks quickly and fluently as volunteers pop in to remind him of the time or to say that they’re ready for the sound check. The event has long-since sold out and I gain just a slight impression of a guru or teacher at work. In fact, he’s a hard-nosed investigative journalist who has been declared persona non grata in seven countries, sentenced to life imprisonment in Indonesia (in absentia), shot at, beaten up by military police, shipwrecked and pronounced clinically dead from cerebral malaria in Kenya.

That’s a lot of different events and sometimes a single event can often politicise you and dictate your future course – it certainly did with me. Was that true in George Monbiot’s case?

“There were several events and, bizarrely, one was my peripheral involvement in the women’s protest at Greenham Common. I had a summer job as a water keeper near there and at the end of the day I helped out at their camp – as much as a man was allowed to. I was 19 and astonished at how they were breaking social conventions and challenging everything I’d been brought up to believe in. (His parents were very middle class and closely involved with the Conservative Party).

“A woman I knew came into the camp one day with a copy of the Daily Mail with her own face on the front cover. ‘Look what they’re saying about me!’ Every single thing they had printed was a lie. If that’s a lie, I thought, what about everything else they’re writing? It was like the scales falling from my eyes – amazing”

I guess this is just one tiny indication of what we’re up against, just one of the things preventing change – change that could help environmentalism, save the NHS by reducing disease and drastically reduce animal abuse. How are we going to get there – evolution or revolution?

“It’s amazing how quickly veganism is sweeping across Britain and I think we are reaching critical mass. A few years ago, telling people you were vegan was like telling them you had leprosy. It’s come about through social and cultural change and it has happened with extraordinary speed. And now a lot of people are switching to veganism because of the environmental arguments, which are so strong, so powerful”.

I think about Starbucks and Google and Amazon who avoid paying taxes because profit is everything – the McDonalds and Burger Kings who wield enormous power. They’re not going to roll, over easily – are they?

“This cuts to the heart of what we face. It’s not just a matter of corporations holding power it’s the whole system – capitalism is like a gun pointed at the heart of the planet. It is an inherently destructive system and one of our urgent tasks is to produce a new guiding philosophy and a new economic structure with which to replace it and we’ve been remarkably slow to do this.

“So much of what we’re doing now should have been done 30 years ago but there has been a huge push back to prevent it being acted upon. To an extent, I think Extinction Rebellion and the youth strikes are finally doing this with large-scale mobilization. I feel more hopeful than I’ve done in a while but time is short”.

George Monbiot has two daughters and I know with my kids, you obviously feel concern for their future but does it ever tip over into despair?

“I never let myself fall into despair. Christians are right, despair is a sin. Despair condemns other people to destitution and death. Despair is the flipside of denial and is an indulgence we can’t afford so the best way of defending the younger generation is to be as active as possible and fight the forces which are destroying our life support systems.”

Viva!, of course, has been campaigning for 25 years this year and pushing veganism, with animals as our primary goal. But we have done a huge amount on the health side, too, and very recently launched our Envirocidal report and campaign, outlining how mass extinction is being driven by animal agriculture. I asked George how important our work was to effecting change.

“It’s crucial and it’s lovely to see people such as yourselves in such alignment with a lot of the other environmental messages and it’s now crucial that mainstream environmental groups start advocating a plant-based diet. I think some are beginning to do so. The film Cowspiracy exposed their shocking and embarrassing failure”.

It seems fairly obvious to me that the environmental organisations avoided veganism as they were/are scared of losing support and so it was left to Viva! to forge ahead with it. And now of course, we have Michael Gove stating publicly that “Meat is essential to human health,”

“The Conservatives are always going to support big landowners with their sheep and their cattle so we can’t look to them for change. But there is a more worrying failure with Labour, who have been hopeless, really hopeless, on this. Their environment spokesperson is just invisible. Labour really need to get their act together and I would like to see them announce at the general election that they will go into coalition with the Greens and Caroline Lucas will be their environment secretary. It has to be said that Kerry McCarthy MP was fantastic on these issues.” (Kerry was briefly secretary of state at Defra).

“What I want to see is representative democracy tempered with participatory democracy. Instead we’ve got this ridiculous system where they say that because you voted for them four years ago they can do more or less what they want. Change will be resisted so it’s more a question of when it will happen rather than if”.

If you want to see a truly impassioned George Monbiot – got to youtube, Frankie Boyle, April 12.