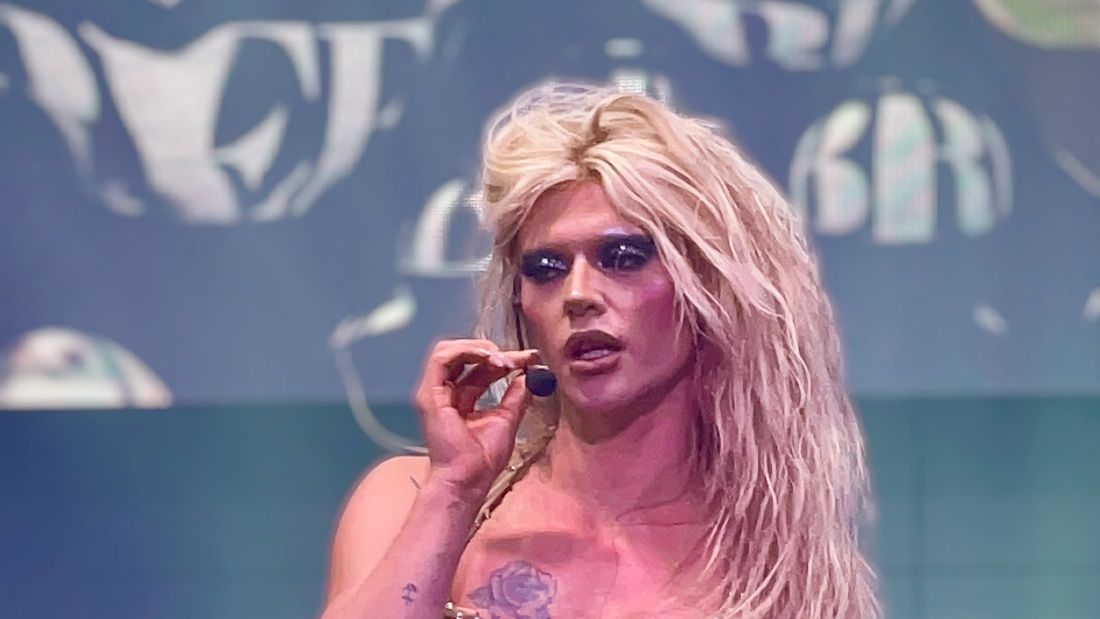 Bimini Bon Boulash is the stage name of Thomas Hibbitts, a British drag queen and model, best known for competing on RuPaul’s Drag Race UK, where they placed as a runner-up.

“I have a degree in journalism, and I have done a lot of social activism, which is something I’d like to pursue further. I invented veganism about seven years ago…haha! No, I’ve been vegan for about seven years. I love yoga, and I’ve never been healthier.”1Julians, J. 2021. Who is Bimini Bon Boulash? Meet the RuPaul’s Drag Race UK star who is the “bendiest queen”. Radio Times. Available: https://www.radiotimes.com/tv/entertainment/reality-tv/bimini-bon-boulash-rupauls-drag-race-uk-contestant/ [Accessed 8 September 2021].