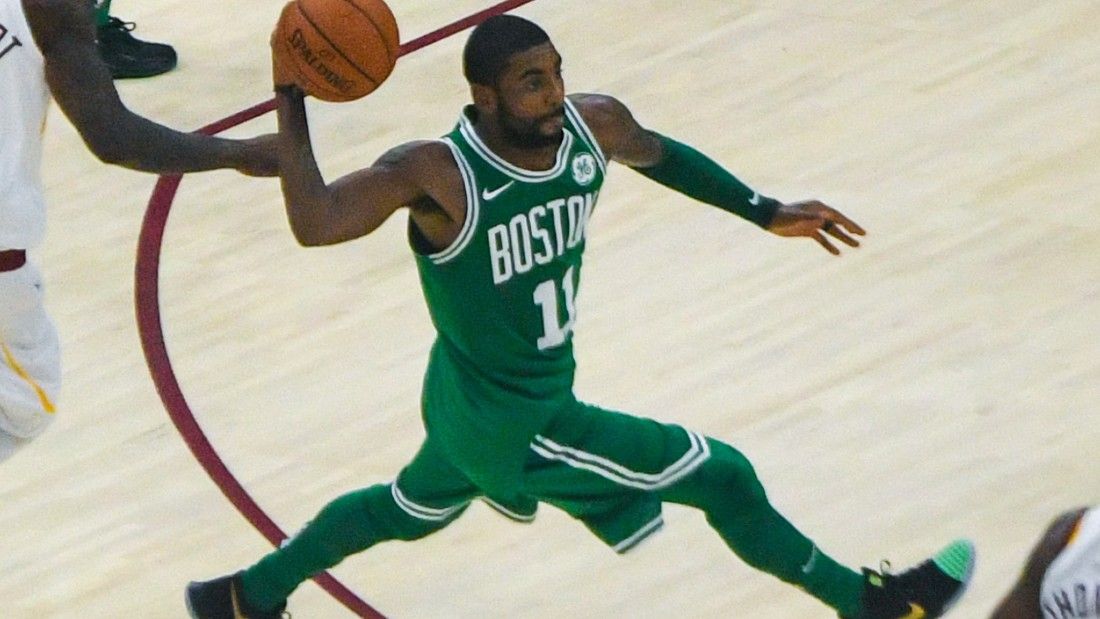 Kyrie Irving is an American basketball player who plays point guard for the NBA team Brooklyn Nets. He started his NBA career playing for the Cleveland Cavaliers between 2011 and 2017 before moving to the Boston Celtics for two years. He joined the Brooklyn Nets in 2019. He has a number of impressive accolades to his name including winning the NBA Championship in 2016 and being voted the NBA All-Star Game’s MVP in 2014.

Irving switched to a plant-based diet in 2017 and credited the change for a 13 game winning streak.1Haberstroh, T. 2017. The Secret (but Healthy!) Diet Powering Kyrie and the NBA. Available: https://bleacherreport.com/articles/2744130-the-secret-but-healthy-diet-powering-kyrie-and-the-nba [Accessed 8 May 2021]. Irving was voted Most Beautiful Vegan Celebrity alongside Alex Morgan by PETA in 2019.2Peta. 2019. PETA Crowns Top Athletes as Most Beautiful Vegan Celebrities of 2019. Available: https://www.peta.org/features/peta-crowns-most-beautiful-vegan-celebrities-2019/ [Accessed 8 May 2021].

“Been on more of a plant-based diet, getting away from the animals and all that… I had to get away from that. So my energy is up; my body feels amazing.”1Haberstroh, T. 2017. The Secret (but Healthy!) Diet Powering Kyrie and the NBA. Available: https://bleacherreport.com/articles/2744130-the-secret-but-healthy-diet-powering-kyrie-and-the-nba [Accessed 8 May 2021].