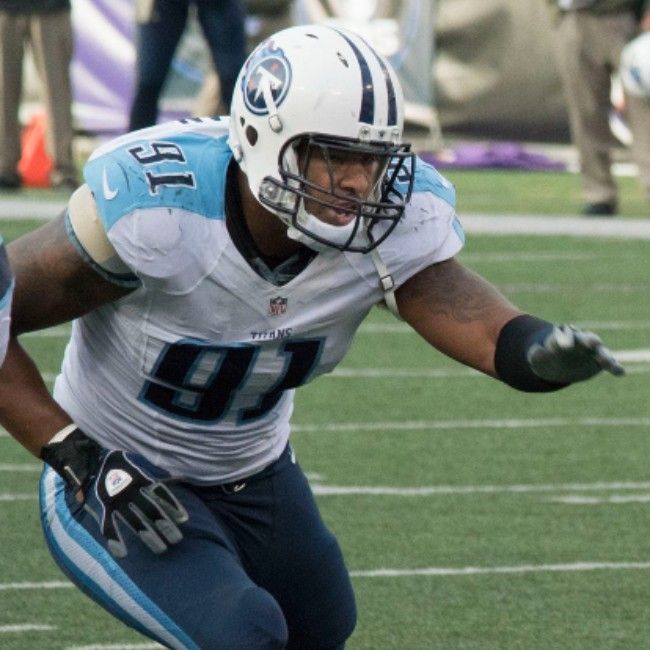 Derrick Morgan is a former NFL American footballer who played for the Tennessee Titans for his entire nine year career.

Derrick and his wife Charity went vegan in 2017 and were both featured in the 2018 documentary The Game Changers about the health benefits of a plant-based diet for athletes.

Derrick initially went plant-based to control his weight but found it improved his energy, mental clarity and sleep.

He soon convinced his wife to follow suit and she became his and the team’s vegan chef.

Since their switch to a plant-based diet, the couple have convinced a number of his team mates to go vegan too.1Wolfe, C. 2017. Derrick Morgan and his chef wife inspired vegan movement on Titans. ESPN. Available: https://www.espn.com/blog/nflnation/post/_/id/259911/derrick-morgan-and-his-chef-wife-inspired-vegan-movement-on-titans [Accessed 8 May 2021].

“When you do change to a plant-based diet you’re doing so much good in the world… I’m actually leaving a positive environmental footprint, I’m actually helping some of these animsl in these dire conditions in these factory farms, so it makes me feel good that I’m doing my part, playing my role and creating a more positive environment, a more positive world.”2Switch4Good. 2020. Tennessee Titan Derrick Morgan Gets Real About Diet. Available: https://www.youtube.com/watch?v=ooXZWz2rOHI [Accessed 8 May 2021].