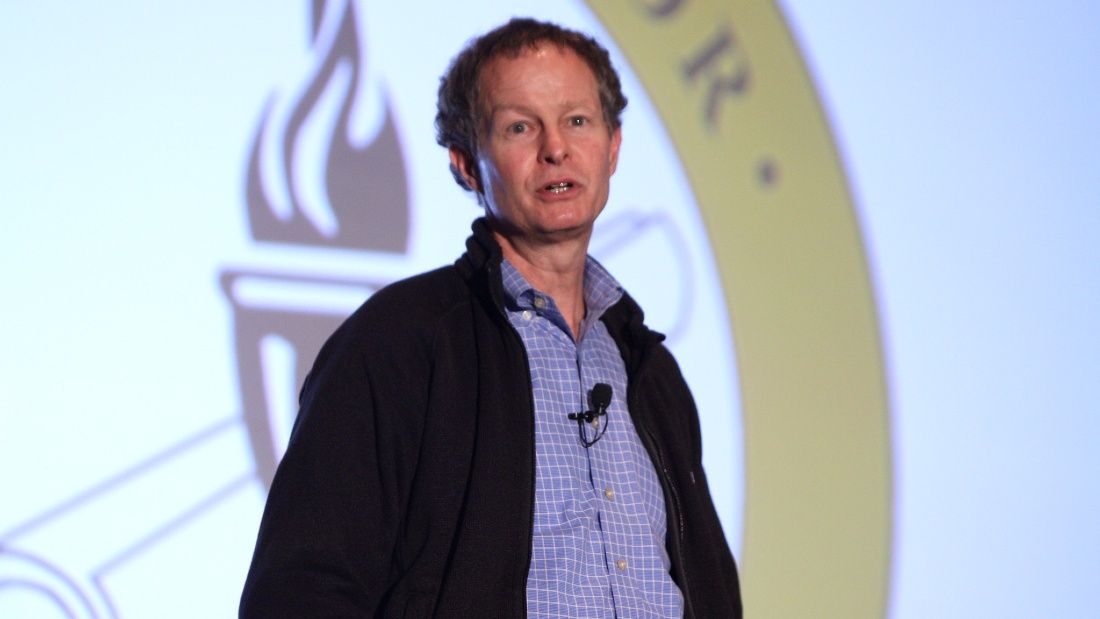 John Mackey is an American businessman and author. He is the co-founder of Whole Foods Market, a chain of organic supermarkets, and an outspoken advocate of the organic food movement. He wrote the book, The Whole Foods Diet.

Although Whole Foods does sadly sell meat, Mackey himself was a longtime vegetarian before adopting a plant-based diet in 2003. He does, however, admit to eating eggs from his own chickens, who live in his backyard and live out their natural livespan1Grist.org. 2004. An interview with John Mackey, founder of Whole Foods. Available: https://grist.org/article/little-mackey/ [Accessed 16 September 2021].

John Mackey became vegan after animal rights protesters picketed a Whole Foods annual meeting in 2003. After the meeting, Mackey began speaking with one of the protesters, Lauren Ornelas of the Food Empowerment Project, and over the course of some email exchanges she exposed his ignorance to the animal food system and politely encouraged him to educate himself. He dug into piles of books about animal agriculture until he was convinced veganism was the way forward.

Mackey has faced criticism for both his capitalist and his welfarist approach to animals. Whole Foods works with animal rights and welfare groups to improve the conditions of farmed animals rather than remove them from the plate altogether. He claims that even if he wanted to, he wouldn’t be able to stop Whole Foods selling meat as he doesn’t have that much power over the corporation anymore.2ReasonTV. 2019. Whole Foods’ John Mackey on Why He Became a Vegan & Supporting Gary Johnson. YouTube. Available: https://www.youtube.com/watch?v=ivEnG50lyT8 [Accessed 16 September 2021]. Mackey is on the Board of Directors of Global Animal Partnership, an animal welfare food labelling organisation, Farm Forward, an organisation that wants to eliminate factory farming, and he has been on the Board of Directors for the Humane Society of the United States since 2009.

“I actually think that a hundred years from now we’ll look back on the factory-farm era with the same kind of ethical revulsion that we look back on slavery,”2ReasonTV. 2019. Whole Foods’ John Mackey on Why He Became a Vegan & Supporting Gary Johnson. YouTube. Available: https://www.youtube.com/watch?v=ivEnG50lyT8 [Accessed 16 September 2021].