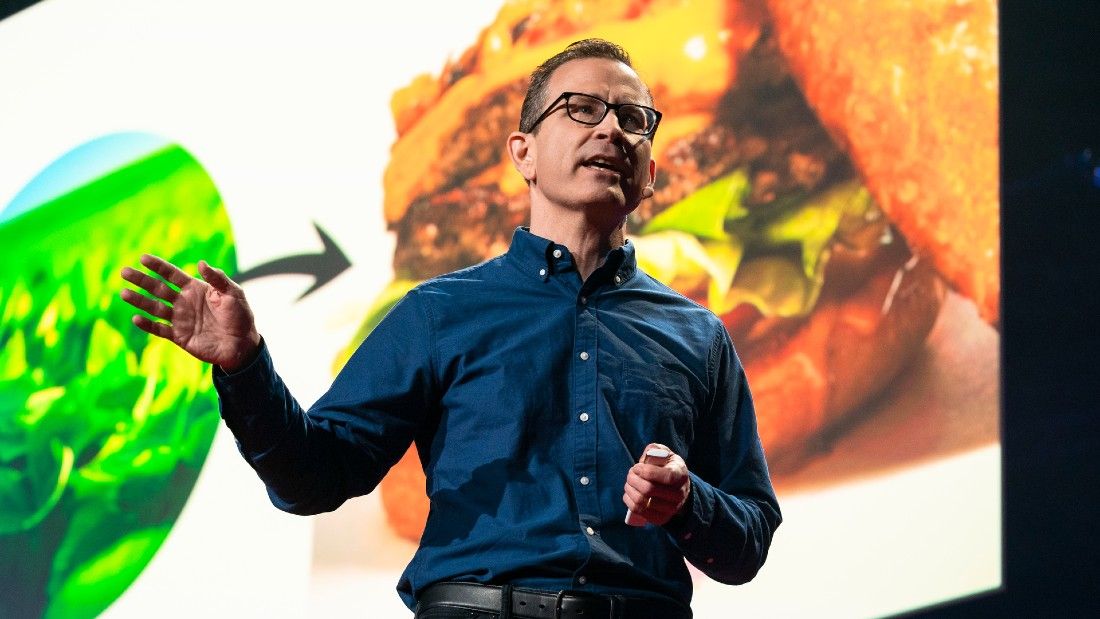 Having once worked for both PETA and Farm Sanctuary, Bruce Friedrich is now best-known as the co-founder and executive director of The Good Food Institute, a nonprofit organisation that develops and promotes cell and plant-based alternatives to animal meat. He co-founded the GFI with the animal rights campaigning organisation Mercy for Animals.

Friedrich was an early adopter of a plant-based diet – way back in 1987 – after reading the highly influential book Diet for a New America. He realised he couldn’t call himself a Christian if he continued to contribute to the suffering of humans and animals through his dietary choices.

In 2019, Friedrich gave a TED talk called The Next Global Agricultural Revolution explaining the dangers of animal agriculture and benefits of cultured meat. It has had nearly 2.5 million views.

“I adopted a vegan diet in 1987, when I read Diet for a New America and realized that eating meat wastes resources and contributes to global poverty through its gross inefficiency… I felt that my faith required that I not contribute to the suffering of people around the globe, and consuming animal products does that.” 1Sarx.org.uk. Could Humane Food Ever Become the Norm? – Bruce Gregory Friedrich. Available: https://sarx.org.uk/articles/food/the-default-choice/ [Accessed 17 September 2021].