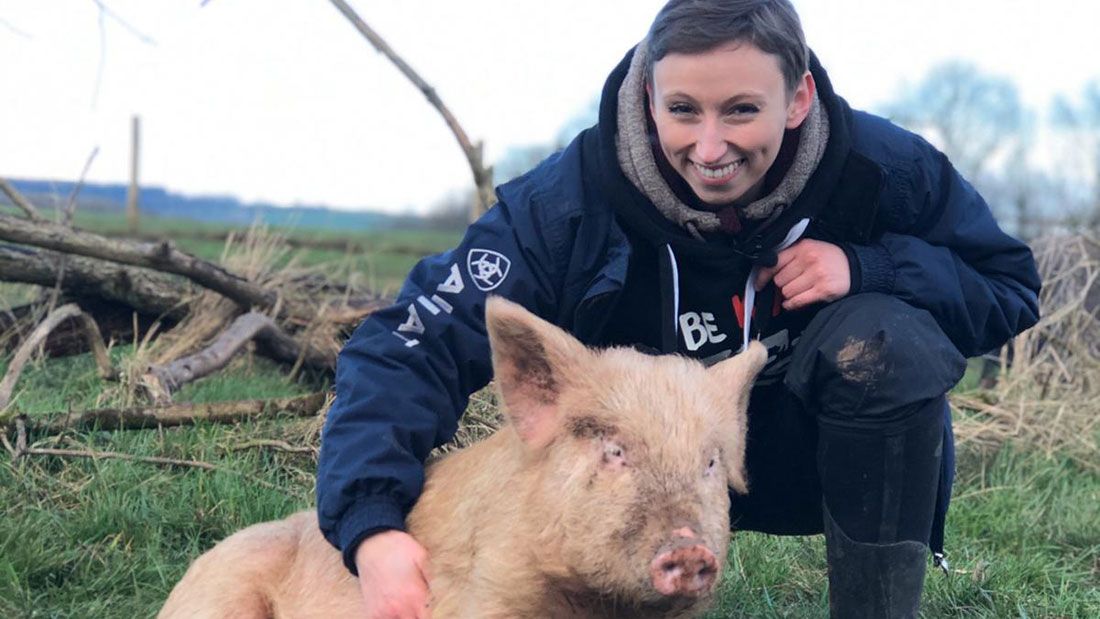 Dr Alice Brough was a pig industry vet and found that a commercial vet’s life was nothing like the cosy TV portrayals. She talks about her journey to veganism and becoming Viva!’s Veterinary Consultant & Campaigner.

All Creatures Great and Small

Looking back over the last few years, it is difficult for me to come to terms with how long it took me to stop eating meat and therefore paying for the exploitation of animals. Like many, I became a vet because I love animals – and there was a time when I loved the ‘farm life’ – being covered in muck every day, interacting with animals, working hard and getting strong. 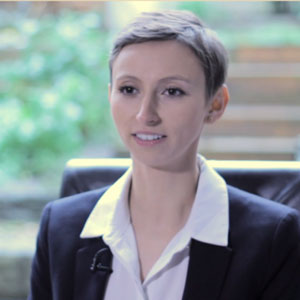 When I was a teenager, I took on each of my pre-training farm placements as an exciting learning experience. When I saw something that made me uncomfortable, I was assured that the problem was uncommon or insignificant in the grand scheme of things. The more I would see the same thing happening on every farm, the more I realised it wasn’t uncommon to witness suffering, or indeed insignificant, and certainly not for the animals experiencing it.

My pre-veterinary training work experience was very tough. Collecting newborn calves for the ‘bobby train’ in New Zealand while the mothers chased after us calling out helplessly always felt wrong. Picking out rotting body parts from the line at a free range Happy Egg facility and dislocating necks on my morning round through the cramped and dusty sheds, showed me that there was nothing ‘happy’ about it.

I spent 6 months working in an intensive pig unit at the age of 18. But even that couldn’t prepare me for what I would see and do during my four years as a pig vet. I intend to share as much of the true, horrific nature of the pig industry as I can with anyone who will listen – those dreadful experiences will never leave me.

I was frequently asked why I would choose to be a pig vet, and I constantly asked myself this same question. I realised I was unable to take any effective action on poor welfare, that the veterinary world is arguably complicit in turning a blind eye and that farm assurance schemes  and legal standards are woefully inadequate. When I dared to express disgust, anger or even grief at the horrific things I saw happening to pigs, the overwhelming sentiment in the veterinary profession, and in agriculture generally, was that I needed to ‘man up’.

“I dared to express disgust, anger or even grief at the horrific things I saw happening to pigs”.

Throughout vet school and then in the agricultural sector I was constantly hammered with the same lies the public are exposed to – that livestock are possessions, animal products are necessary and this is ‘the best we can do’.

I chose to concentrate on working in the pig sector because I wanted to improve welfare standards and help these intelligent creatures to lead less miserable lives. Naively, I thought I could influence change from within. But throughout those four awful years, I felt all I was doing was lining the pockets of monsters and standing idly by as millions of animals were needlessly tortured and murdered on my watch.

Don’t get me wrong, I met some farmers who were traumatised by their work. Some did try their best but unfortunately that isn’t enough due to the sheer scale of the demand. Sadly, I encountered many who simply didn’t care about their animals. These people can’t be monitored enough and the current lack of consequences for welfare breaches is a disgrace.

I started following Viva! when their campaigns began to crop up as a regular topic of conversation at pig industry meetings. I couldn’t work out why the people who were supposed to be ensuring the well-being of farmed animals would defend blatant malpractice, and even go so far as to lie about footage being ‘doctored’… we all knew it wasn’t. I was cheering Viva! on from behind the scenes, grinning inwardly while seething farmers yelled down the phone about ‘those bleeding activists’.

Not long after becoming vegan myself, about three years ago, I had to sit through the most hideous presentation from a counter-terrorism chief constable. He detailed how much force is legal to use on a trespasser, what security measures he would suggest to prevent the public from seeing what happens on farm and patted his colossal paunch while laughing about the ‘loonies trying to stop him having his bacon sandwich’.

I won’t go into the obscene language and overt sexism we were all subjected to but it gives you an idea of the strange world I found myself in – not wishing to harm animals lands you in the same bracket as extremist groups who seek to harm people?

My drive now is to use every opportunity to explain to people that they are being misled and that what they see on farm exposés are not isolated incidents. I’m not shocked when I review footage or see yet another story on the news because I’ve seen it all before. The atrocities are not confined to factory farms as some of the most shocking welfare cases I’ve seen have been small farm shop operations or RSPCA Assured, outdoor bred.

Back in January, a few colleagues and I had the delight of visiting Dean Farm Sanctuary to meet the bovine stars of Channel 4’s Meat the Family. The calves were hilarious – so inquisitive and still very cuddly despite now being about 5 feet tall, with their attempts at play being slightly alarming!

We strolled over to the pigs with the intention of filming a short segment for social media. Something about seeing pigs running around a field and enjoying belly rubs that day rendered me unable to get a sentence out without crying. These beautiful individuals opened up a compartment in my mind that is usually carefully boxed away, causing a continuous loop of harrowing moments from my past to play out, with thousands of sad eyes staring back at me.

I believe wholeheartedly in what Viva! does, so we’ve joined forces to effect positive change in the world, using my experience and knowledge to shed light on the realities of animal agriculture. I had almost entirely lost faith in humanity by the time I left the pig industry and needed to be around people who care – I’ve found that here.