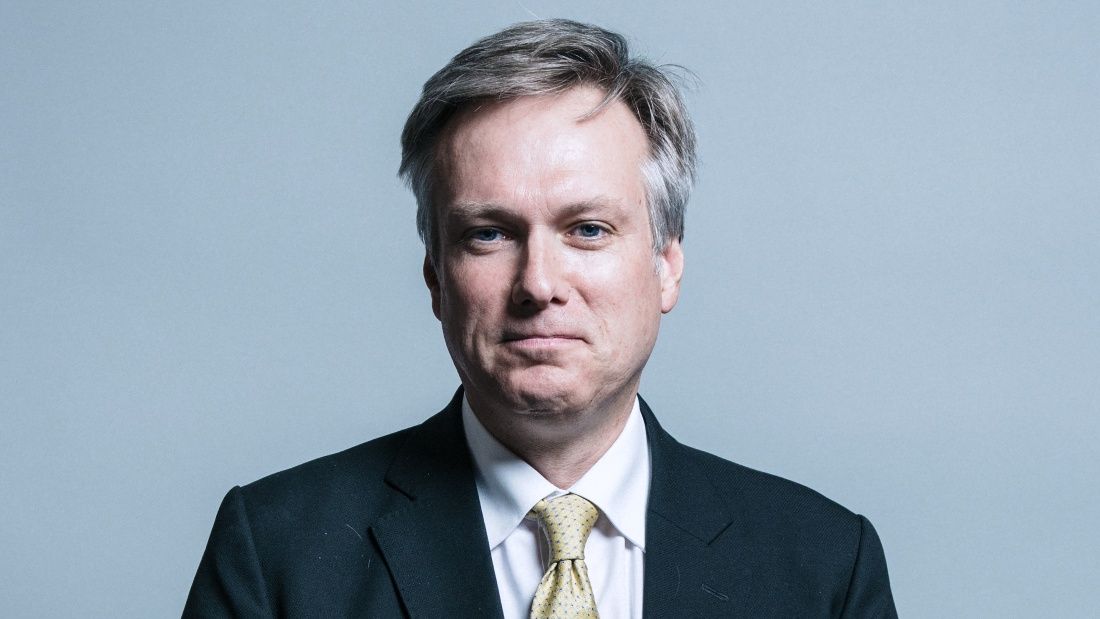 Henry Smith is the Conservative Member of Parliament for Crawley in West Sussex. He was elected in 2010, 2015, 2017, and for a fourth term at the General Election in December 2019.

Henry became a vegetarian in his teens and animal welfare has been central to his politics since. According to his website, “In 2015 he was elected as Co-Chair of the All-Party Parliamentary Group (APPG) for Animal Welfare, a position in which he served until the 2019 General Election (he remains Vice-Chair). In this role, he worked alongside a variety of animal rights organisations, such as the International Fund for Animal Welfare and the RSPCA.”

In 2018, Henry hosted the launch of PAWS – The Policy for Animal Welfare Scheme, which aims to strengthen the protection of animals.

“Future generations will be appalled by meat eating!”

Let me say upfront, Henry Smith is a conservative MP, for Crawley. It’s true, Viva! hasn’t exactly had an abundance of support from right wing politicians over the years so Henry’s forthright views on animal protection are – refreshing.

We met in the Houses of Commons – the part open to the public that always reminds of a cathedral, similarly austere, built to impress and steeped in history. Henry was co-hosting the launch of PAWS (Policy for Animal Welfare Scheme) which has some exciting ideas that could profoundly help animals.

Created by Cher Chevalier and Judith Clegg, its manifesto would raise hundreds of millions of pounds, partly by taxing pet breeders, which would be used to fund an independent animal inspectorate. One of their aims is to end puppy farms entirely but eventually they aim to be much more far reaching.

Henry co-chairs the all-party parliamentary animal welfare group and told me why he was involved with PAWS: “They do really good work ensuring that the awful and growing trade in puppy and kitten smuggling and abuse of pets is highlighted so that people like myself, here in parliament, can hopefully change the law so there are greater protections to stop it.”

So want does that say about the existing law? “I don’t think the animal welfare laws are strong enough and there is almost a dangerous assumption in this country that we’re a nation of animal lovers and therefore we must have the necessary laws to protect animals. That isn’t the case and in many ways, cruelty is increasing.

“I welcome an increase in the minimum sentence for animal cruelty from six months to five years… that’s really good. We’re moving in the right direction but we’ve got a long way to go to make sure that we end such cruel practices – practices of which many people are just unaware.”

After many years of exposing factory farming with Viva!, I know first-hand how completely inadequate the law is to protect farmed animals. I put it to him that it’s almost impossible to prosecute intensive farming because cruelty is part and parcel of the system. Will PAWS eventually offer hope to farmed animals?

More about PAWS on Facebook at #Pawslawuk and hear Henry Smith MP on the January Viva! Podcast from any podcast app or https://viva.org.uk/vivapodcast 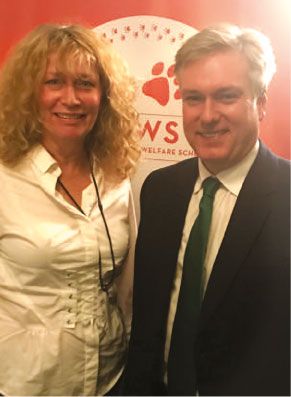 Henry’s response was gratifying: “I would like to pay tribute to Viva! because the work you do is fantastic – making animal abuse in the agricultural sector understood. You’re right to say that battery farming, for instance, is a sort of legalised cruelty and it should be ended.

PAWS, coming together with Viva!, can help to ensure that animals in the agricultural sector are protected as far as possible from cruelty. If most people were to see them for themselves what happens they would be repulsed… so I think it is really important.”

One of PAWS’ long-term aims is to appoint a Minister for Animals but how realistic does Henry think that is? “I’m struck by the fact that, quite rightly, there’s a minister for equalities, and a minister for children… yet we are supposedly a nation of animal lovers. The RSPCA is over a century old and was established by an Act of parliament. We have in the past been forward-looking as a country when it comes to animal welfare and could be again – I think it’s logical that there should be a minister responsible for animal welfare.”

And what about veganism – are we ever likely to see a day when a government will take a stand on it, explaining the benefits to people? Henry Smith’s reply was fairly unequivocal:

“The evidence is pretty clear that a vegan diet is a much healthier diet – healthier for ourselves but obviously it also ends a lot of cruelty and mistreatment of animals. So yes, I do think there is a role for government to promote a lifestyle that is healthier and better for animals.

“I’m almost 50 years old and I’ve been a vegetarian since I was about 18 – changing because of animal welfare concerns. The way animals are treated in the meat producing industry really appalled me but there have since been other reasons that have reinforced why decision.

“The fact that the carbon footprint of vegetarians and vegans is so much lower adds a strong environmental aspect to my decision. If we were to end meat production, we could probably solve much of the global warming issue. The damage wrought by meat in terms of global warming outstrips transportation plus the amount of land it takes to rear animals for food is unsustainable.

“So, there are lots of good reasons – animal welfare, health and global environmental – why a vegetarian or vegan diet is the way to go.

“I would like to pay tribute to Viva! because the work you do is fantastic – making animal abuse in the agricultural sector understood”

“We’ve got a long way to go but things are changing. I don’t want to sound complacent but we’ve made a really good start in cutting out meat as a society and I’m sure that in future generations humanity won’t eat meat. We’ll look back at this period, when we did eat meat, and be absolutely appalled! We’re moving in the right direction but it’s only thanks to organisations like Viva! and PAWS and many others – it is you who really make sure that this agenda is in the public’s consciousness.”