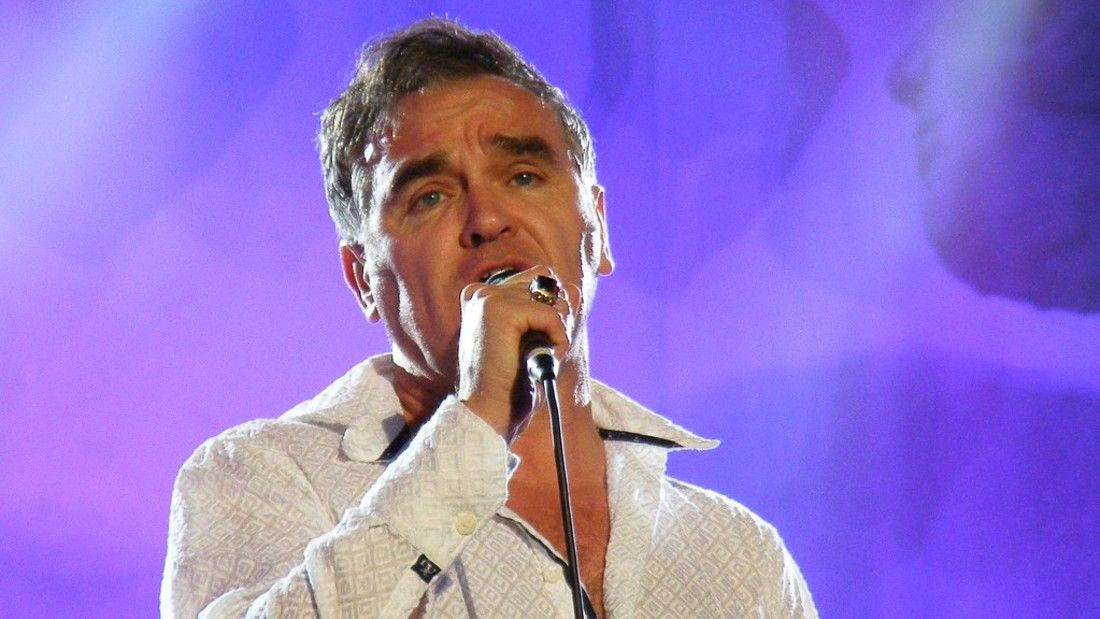 "Morrissey" by Man Alive! is licensed under CC BY 2.0

Steven Patrick Morrissey, known just as Morrissey, rose to fame as the frontman of British rock band The Smiths, who despite their lasting legacy actually only existed as a band for five years between 1982 and 1987. When guitarist and fellow vegan Johnny Marr left the band due to differences between him and Morrissey, Morrissey continued song-writing and singing as a solo artist.

The Smiths are most defined by their hits: This Charming Man, Heaven Knows I’m Miserable Now, There Is a Light That Never Goes Out, Big Mouth Strikes Again and The Boy With a Thorn In His Side, but there are many more.

In 1985, The Smiths released their second studio album, Meat Is Murder, which became – and still is – a popular animal rights slogan. The album reached number one in the UK charts and remained there for 13 weeks. A great way to get the vegan message into every home in Britain!

Morrissey is outspoken about many (sometimes controversial) political issues and animal rights is no exception.

He became a vegetarian when he was about 11 or 12 years old, stating his mother as a major influence:

“I became a vegetarian when I was about 11 or 12 years old. My mother was a staunch vegetarian as long as I can remember. We were very poor and I thought that meat was a good source of nutrition. Then I learned the truth. I guess you could say I repent for those years now… I would definitely say that my mother started me. She’s very active. She often goes on anti-hunt rallies in the U.K. She has influenced me very much.”1Peta2. 2011. Morrissey Interview. Available: https://www.peta2.com/news/morrissey-interview/ [Accessed 24 March 2021].

But it wasn’t until 2015 that Morrissey confirmed he’d transitioned from vegetarianism to veganism.2Francione, G. L. 2015. After 30+ Years, Morrissey Goes Vegan But Calls Veganism “Purist”. Available: https://www.abolitionistapproach.com/after-30-years-morrissey-goes-vegan-but-calls-veganism-purist/ [Accessed 24 March 2021]. Over the years Morrissey has supported and made many statements about animal rights issues. He has boycotted countries on his tour due to their treatment of animals, like Canada for their annual seal hunt3True To You: A Morrissey Zine. 2006. Statement from Morrissey. Available: https://web.archive.org/web/20100810175434/http://true-to-you.net/morrissey_news_060327_02 [Accessed 24 March 2021]. and at Riot Fest in 2016 he demanded that food vendors stopped selling meat during his set. Despite Morrissey’s long relationship with vegetarianism and now veganism, it seems he’s yet to get onboard with the plant-based food movement stating that:

“I’ve always found food to be very difficult because I only eat bread, potatoes, pasta and nuts… all stodge. I can’t eat anything that has any flavour.”4Dodwell, F. 2018. This is Morrissey: An Interview. Available: https://www.tremr.com/Fiona-Dodwell/this-is-morrissey-an-interview [Accessed 24 March 2021].

“I refuse to eat anything that had a mother, that’s obvious.”5Dodwell, F. 2018. This is Morrissey: An Interview. Available: https://www.tremr.com/Fiona-Dodwell/this-is-morrissey-an-interview [Accessed 24 March 2021].