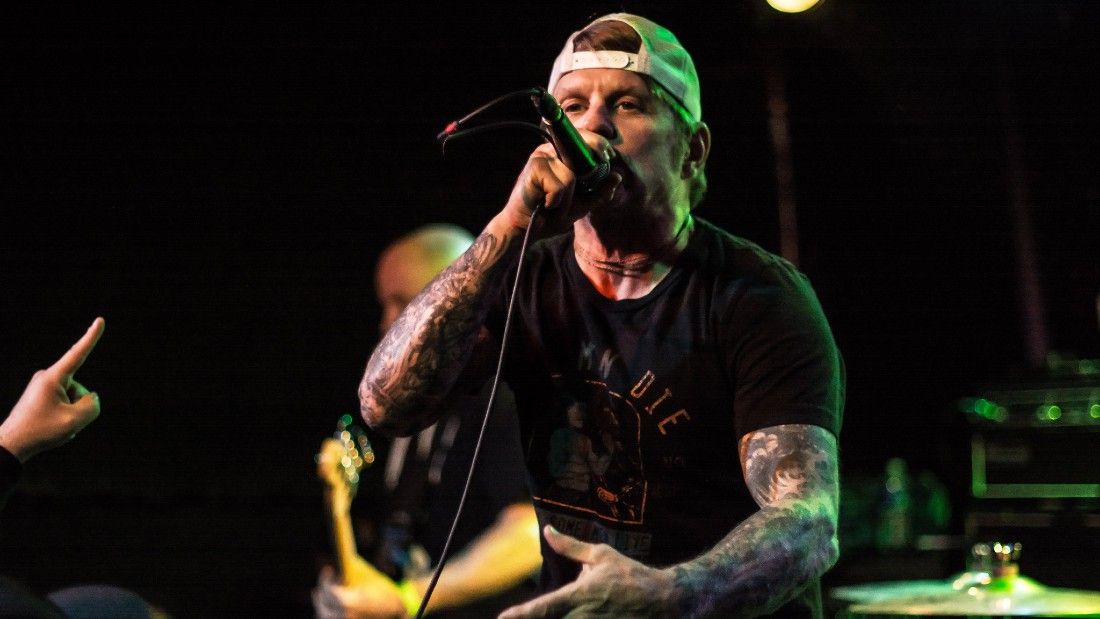 John Joseph McGowan is an American musician, author and Ironman triathlete from New York City, best known as the lead singer of the punk band Cro-Mags. He is currently the vocalist of Bloodclot and Cro-Mags JM (the latter name change is the result of a lawsuit between Joseph and Cro-Mags’ bassist Flanagan who both wanted to use the name Cro-Mags).

John Joseph’s veganism has been influenced by Ital food in Jamaica while he was in the navy, and by the vegan straight edge (no animal products, alcohol or drugs) movement popular in the hardcore punk scene. It was the singer of Bad Brains who introduced John Joseph to plant-based eating back in the eighties when John Joseph was their roadie.

John Jospeh is an outspoken vegan (if you’ve ever heard him speak you’ll know he doesn’t mince his words) and has shown that a plant-based diet is plenty to fuel multiple Iron Man completions.

“With all I was reading those days—different books about spirituality and such—I realized that we were ingesting the suffering of these animals by consuming their flesh. After that I was like, “I ain’t ever going back,” and I never have.”1Conte, G. 2019. The Real-Life Diet of John Joseph, the 56-Year-Old Punk Icon Who Hates Meat. GQ. Available: https://www.gq.com/story/real-life-diet-john-joseph [Accessed 25 March 2021].