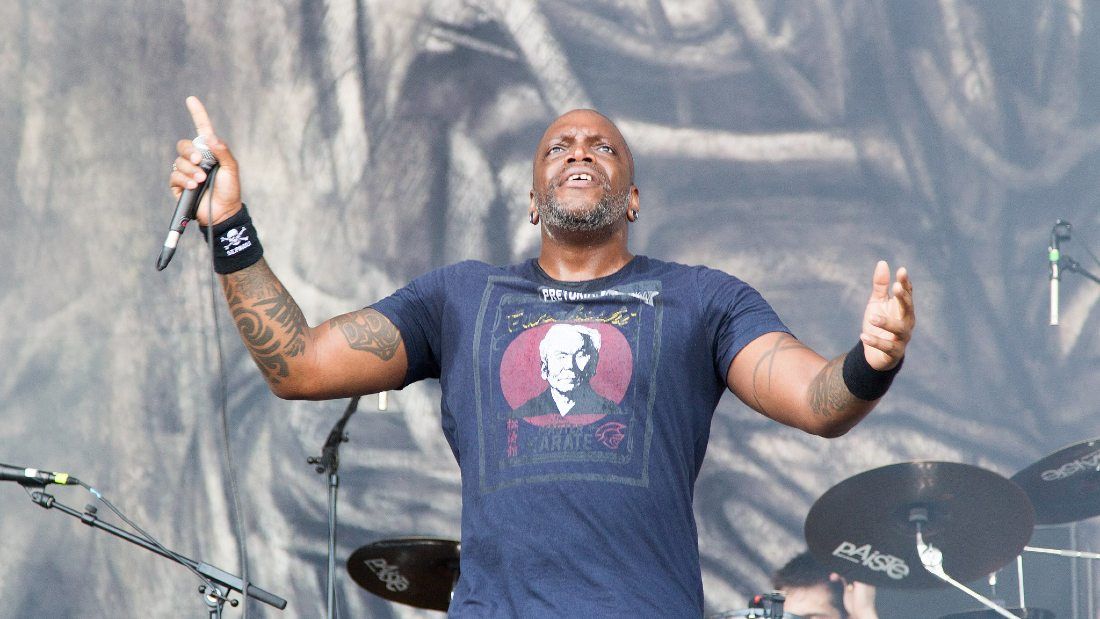 Derrick Green is the singer in heavy metal band Sepultura, taking over duties on the mic in 1998 after founding member Max Cavalera left the band.

He has been vegetarian since he was 15, after hearing about what happens in slaughterhouses and how they’re a ‘factory of death’. Derrick’s decision to go vegan was influenced by the book, Diet for a New America by John Robbins, and other vegan and veggie hardcore bands:

“…at the time, what had a big impact was CRO-MAGS just for the fact this band were vegetarians and they had reading material about being vegetarian so it really kicked it off for me to sample and experiment with this, and it stuck with me, this lifestyle of being a vegan, actually.”1labbermouth.net. 2018. DERRICK GREEN Says SEPULTURA ‘Started To Develop A Little Bit More Of Their Own Personality’ On ‘Arise’. Available: https://www.blabbermouth.net/news/derrick-green-says-sepultura-started-to-develop-a-little-bit-more-of-their-own-personality-on-arise/ [Accessed 17 March 2021].

“Animal rights is important because you can really tell how civilized a society is by the way that it treats its animals.”2Peta2. 2011. Sepultura’s Softer Side. Available: https://www.peta2.com/news/sepulturasofter-side/ [Accessed 17 MArch 2021].