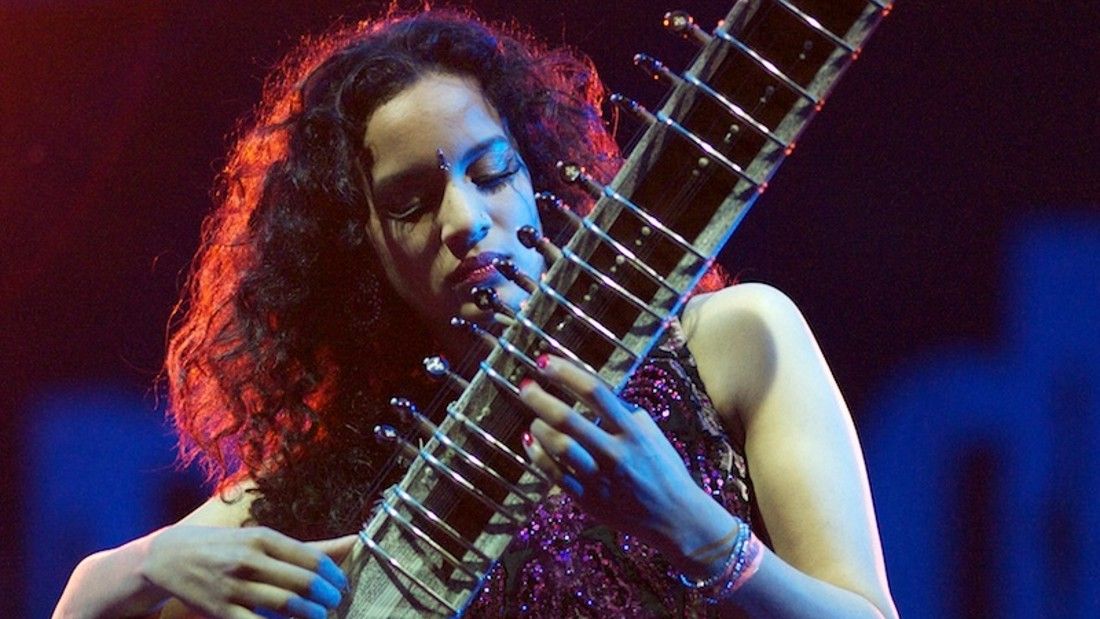 Anoushka Shankar is a British Indian sitar player and composer. She is the daughter of Ravi Shankar and Sukanya Rajan, and the half-sister of Norah Jones.

Anoushka Shankar is passionate about ending injustice. She is the spokesperson for the United Nations World Food Programme in India, which deals with food insecurity and world hunger. She has spoken out against sexual abuse and has appeared in many campaigns for animal rights groups.1Peta. 2021. Celebrities Speak Out Against KFC! Available: https://www.kentuckyfriedcruelty.com/c-ravianoushkashankar.php [Accessed 9 September 2021].

When she’s in London, she can be found enjoying a matcha latte or vegan bowl in The Bach in Shoreditch.2Ganatra, S. 2020. Anoushka Shankar: On My Culture Radar. The Irish Times. Available: https://www.irishtimes.com/culture/anoushka-shankar-on-my-culture-radar-1.4219937 [Accessed 9 September 2021].