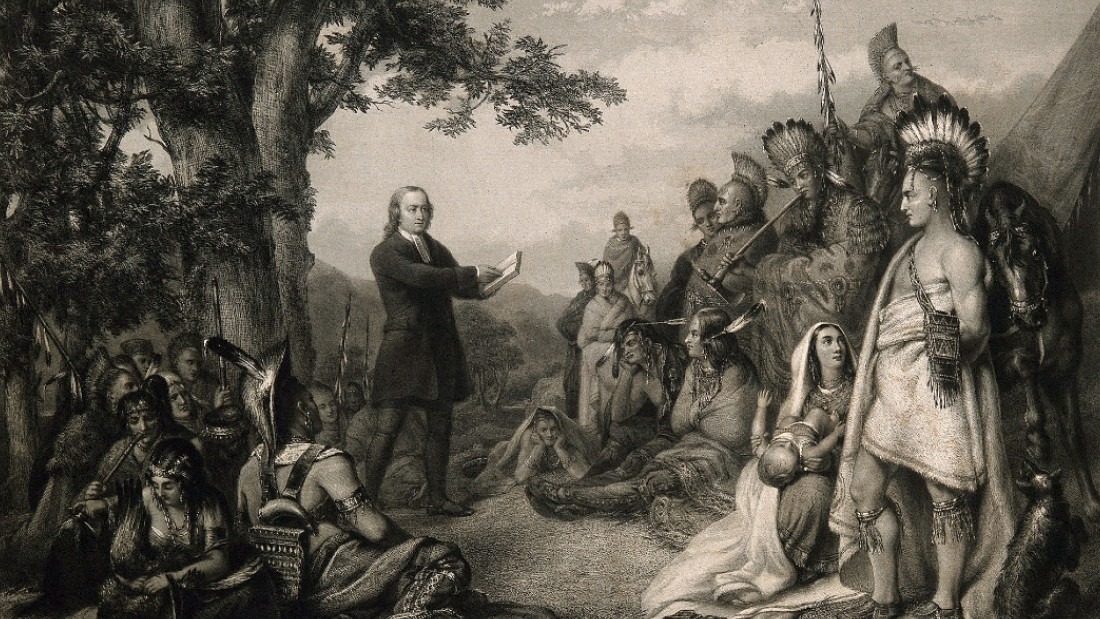 John Wesley was an Anglican divine and theologian who, with his brother Charles Wesley and fellow cleric George Whitefield, is credited with the foundation of the evangelical movement known as Methodism. His work and writings also played a leading role in the development of the Holiness movement and Pentecostalism.

Educated at Charterhouse School and Oxford University, Wesley was elected a fellow of Lincoln College, Oxford in 1726 and ordained a priest two years later. Returning to Oxford in 1729 after serving as curate at his father’s parish, he led the Holy Club, a club for the purpose of study and the pursuit of a devout Christian life.

After an unsuccessful ministry of two years at Savannah in the Georgia Colony, Wesley returned to London and joined a religious society led by Moravian Christians. On 24th May 1738 he experienced what has come to be called his evangelical conversion, when he felt his “heart strangely warmed”. He subsequently departed from the Moravians, beginning his own ministry.

A key step in the development of Wesley’s ministry was to travel and preach outdoors. Moving across Great Britain, North America and Ireland, he helped to form and organise small Christian groups that developed intensive and personal accountability, discipleship and religious instruction. Most importantly, he appointed itinerant, unordained evangelists to travel and preach as he did and to care for these groups of people. Under Wesley’s direction, Methodists became leaders in many social issues of the day, including prison reform and abolitionism.

Throughout his life, Wesley remained within the established Anglican church, insisting that the Methodist movement lay well within its tradition. Although sometimes maverick in his interpretation and use of church policy, he became widely respected and, by the end of his life, had been described as “the best loved man in England”.

“Since the time I gave up the use of flesh-meats and wine, I have been delivered from all physical ills.”