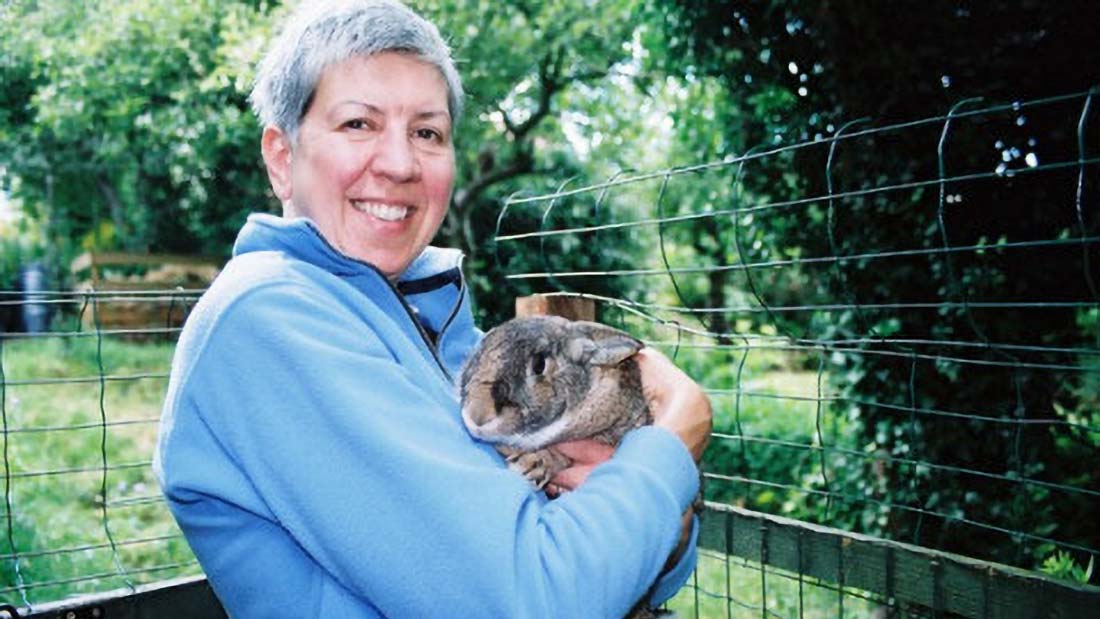 In his final days my rabbit Tobbar chose to sit on the earth outside his warm comfortable shed. It was where he belonged. I felt like I was losing a friend, someone who’d helped me through the biggest upheavals of my life, including the deaths of my father and mother.

We’d been vegetarian since our student days, gradually eating more vegan meals but the decision I made to embrace a vegan lifestyle wasn’t about diet, it was about showing commitment to an animal who stood for the whole of the natural world.

I’d kept guinea pigs when I was a child, then much later as work became increasingly fraught I wanted something to take me away from the frustration, stress and endless demands of the NHS. Over the years of looking after my own animals and working with Barnsley Animal Rescue Charity, I’ve gradually come to a better understanding of what these animals need.

We didn’t do it all correctly with Tobbar – he came from a pet shop. The message from BARC and other rescues is a clear one: don’t buy from breeders or pet shops, always go to a rescue. And companion animals do have rights defined in the Animal Welfare Act 2006 including 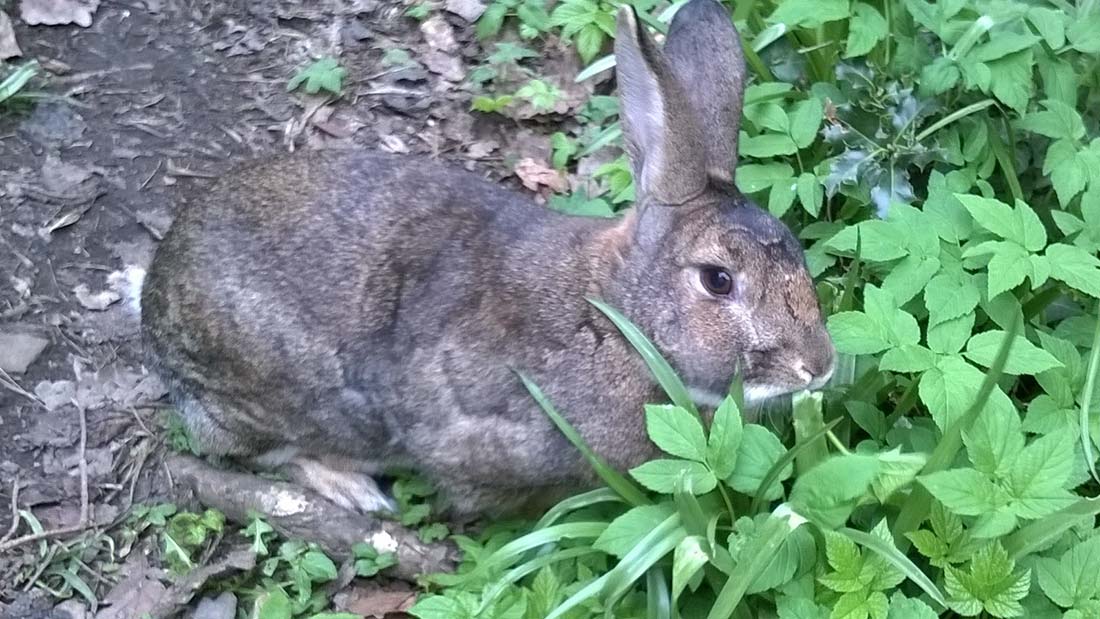 For rabbits, a hutch is not enough. It’s reasonable to ask if it’s disrespectful to keep any animals in enclosed spaces but it does help to remember that rabbits are prey animals. It’s in their DNA to be constantly watching and in fear of predators, which is a continuous stress in their lives. To provide them with a safe environment literally means they live longer. And when he did want to explore and exercise, Tobbar and his companions had access to a large fenced area, where I could supervise them. Foxes are very welcome in our garden but the rabbits can always smell them long before I can and they make their way back to the secure shed.

There are active online networks and forums where committed people work together to rescue and re-home rabbits and guinea pigs. It’s unfortunately a regular occurrence that people end up hoarding animals until 100 or more, living in squalid conditions are found at a single address. The RSPCA are often unable to cope with such numbers and rescues across the country work together to relay animals to temporary shelter where they are cared for, brought back to health and eventually re-homed. Such conditions often lead to life-long health problems: because rabbits and guinea pigs have teeth that grow continuously, they need a good diet, with a lot of hay from birth. A junk food diet with calorie filled dried food (muesli) leads to dental spurs, problems with teeth roots and jaw infections. And expensive surgery often fails to correct this.

Such horrors often seem misguided rather than malicious: the product of owners with an already chaotic lifestyle.

But my husband Bob is involved in campaigning to stop the widespread killing of wildlife that’s an integral part of shooting for “sport”, particularly on the grouse moors of the Peak District National Park. The people involved in this “sport” use a simple equation: if all the predators are killed, that means more grouse to shoot. Grouse are wild birds, not bred in captivity, so any creature that may harm them is eliminated. The foxes, crows, magpies and jays we see all the time in an urban environment are completely missing from grouse shooting moors – these animals have been killed, in their thousands and the laws we have mean that killing is legal. Yet when any member of the public sees a snare or a crow kept for months in a small Larsen cage trap, they can’t believe our legal system allows such cruelty. I can’t bear to see any animal suffering especially when it’s done deliberately, yet for large parts of our country, this is routine. 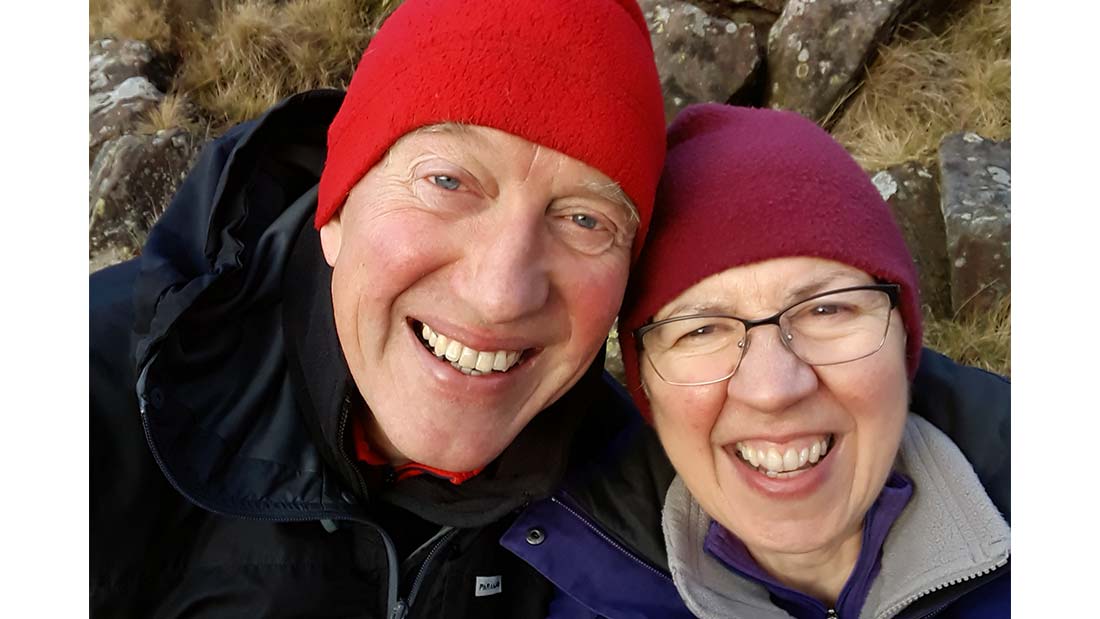 The Animal Welfare Act that provides rights for ourcompanion animals, should in theory protect animals from suffering in those traps but it’s a piece of legislation Police almost never use and gamekeepers are not held to account.

Instead the words “Animal Rights” are usually followed by “Extremist” and anyone daring to question these practices is labelled a dangerous fanatic. But the suffering continues because so few people are aware of what happens – and that needs to change. A vegan outlook feels so comfortable because it seeks to care for all animals, regardless of the circumstances.

I don’t anthropomorphise animals, but if you look for all the signs and listen hard enough, they really do speak to us. Just looking at my new rabbit from the pet shop, I knew he was going to bring something special to my life and the Romany name Tobbar soon followed. It means road travelled or road of life. And I know the road I travel is one where I try to open my eyes to nature and respect the creatures I find.

This blog was written by Barbara Jackson. The novel Snared by Bob Berzins is now available on Amazon.