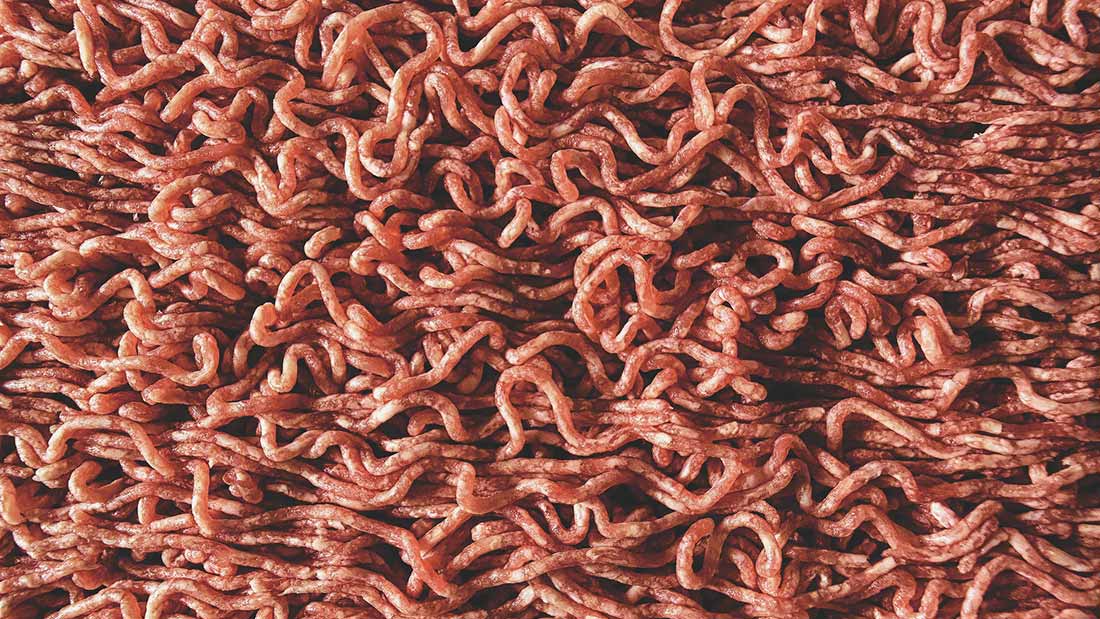 In the UK, the average amount of meat eaten per person is almost double the world average at 220 grams per day compared to 117 grams, according to the Food and Agricultural Organisation of the United Nations. This includes red, processed and white meats.

Official guidelines caution against eating too much red and processed meat because they increase the risk of bowel cancer and other diseases. The UK Eatwell Guide says: “If you eat more than 90 grams of red or processed meat per day, try to cut down to no more than 70 grams per day.” Processed meat includes sausages, bacon, cured meats and reformed meat products (a meat product may look like a single piece of meat, but is actually several pieces joined together with other ingredients).

The 2016 Eatwell Guide recommended a move away from animal-based foods toward more plant foods. This represented a small but significant step towards more healthier eating, emphasising the importance of fruit, vegetables and complex carbohydrates (such as brown rice and wholemeal bread) in the diet. The shift in emphasis away from meat and dairy is a view more in keeping with the current research, which acknowledges the harm meat and dairy do to our health and the environment.

The section which used to be called ‘Meat, fish, eggs, beans and other non-dairy sources of protein’ was renamed ‘Beans, pulses, fish, eggs, meat and other proteins’ and encourages people to eat more pulses and less red and processed meat. The guide says: “Beans, peas and lentils (which are all types of pulses) are good alternatives to meat because they’re naturally very low in fat, and they’re high in fibre, protein, vitamins and minerals. Pulses, or legumes as they are sometimes called, are edible seeds that grow in pods and include foods like lentils, chickpeas, beans and peas. Other vegetable-based sources of protein include tofu, bean curd and mycoprotein*; all of which are widely available in most retailers.”

*Quorn products are made from mycoprotein which is a fungal protein; ‘myco’ is from the Greek word for fungus.

The amount of fruit, vegetables and carbohydrates the new guidelines recommend was increased. The dairy category was renamed ‘Dairy and alternatives’ and the amount we should eat was reduced from 15 per cent of our daily energy consumption to eight per cent, much to the disdain of the dairy industry!

How much meat are people eating?

Alison Tedstone, chief nutritionist for Public Health England said: “Our new Eatwell Guide helps people to understand what a healthy balanced diet looks like. The evidence shows that we should continue to base our meals on starchy carbohydrates, especially wholegrain, and eat at least five portions of a variety of fruit and vegetables each day.

“On the whole, cutting back on foods and drinks that are high in saturated fat, salt, sugar and calories would improve our diets, helping to reduce obesity and the risk of serious illnesses such as heart disease and some cancers.”

Viva! Health have been campaigning for change for years and this had been a long time coming. The Government now needs to go a step further and accept the well-documented benefits of a vegan diet excluding all meat, fish, eggs and dairy foods.

Meat consumption is going down

Using data from the NDNS, a study published in The Lancet Planetary Health found that UK meat consumption has fallen by 17 per cent in the last decade. Most people, this study found, are eating less red and processed meat but more white meat. This is good progress but we must do better if we are to reach our climate targets. They said: “Despite the overall reduction in meat intake, reaching meat-consumption targets that align with sustainable diets will require a substantial acceleration of this trend.”

Animal agriculture (including deforestation for animal grazing and feed crops) produces around 20 per cent of all greenhouse gas emissions and drives biodiversity loss. The UK Committee on Climate Change says we must cut beef, lamb and dairy by at least 20 per cent if we are to reach net-zero by 2050. The EAT-Lancet Commission says global meat consumption must fall by more than 50 per cent to achieve a sustainable and healthy food system. Of course, going vegan is the best solution.

The government, undoubtedly under pressure from the meat industry, are dragging their feet. Viva! Health shows in our report Meat the Truth why public health recommendations for meat intake should be zero.