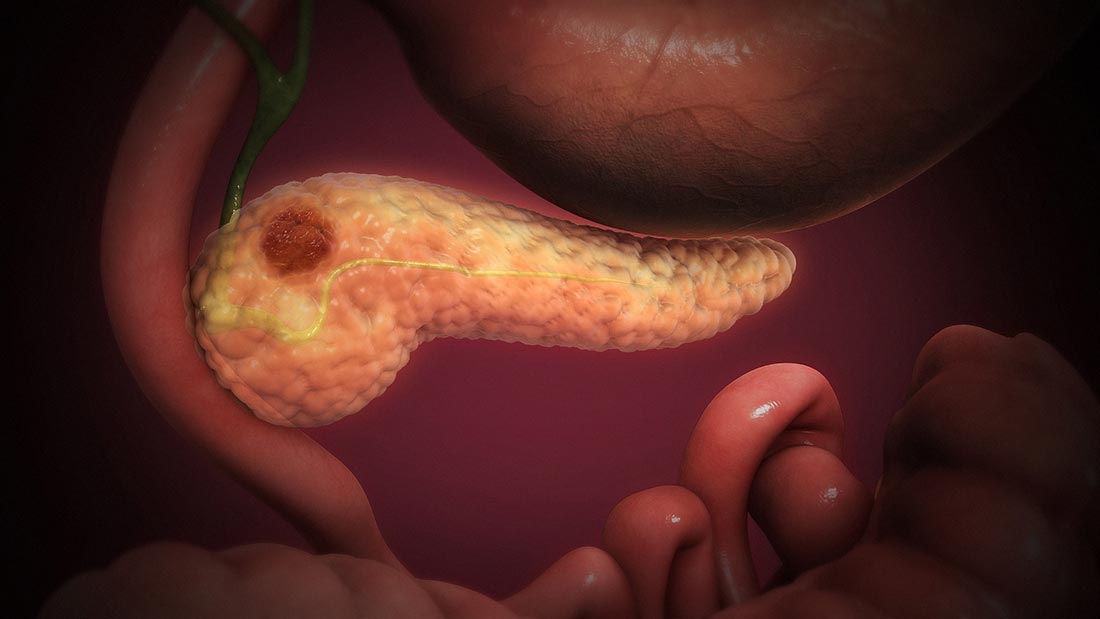 Pancreatic cancer is the fourth most common cause of cancer death. Large geographical variation indicates diet and lifestyle as contributing to the risk of this disease.

Studies from the US, Europe and Japan found that each daily 50g serving of processed meat increased the risk in men by 19 per cent. Men tend to eat more meat but it could be that haem iron was involved and women gained protection by losing iron through menstruation.

Another EPIC study found that for every 50g increase in poultry a day (three chicken nuggets or a third of a chicken breast) the risk of pancreatic cancer increased by 72 per cent. The same team found similar results for lymphomas and suggest drugs and antibiotics given to poultry to enhance growth and to treat disease may be involved.

These findings provide strong evidence that animal fat and meat play a role in the development of pancreatic cancer.

Pancreatic cancer is the fourth most common cause of cancer death worldwide with large geographical variation, which implies diet and lifestyle as contributors as risk factors for this disease (Rohrmann et al., 2013). Around 8,800 people are diagnosed with pancreatic cancer in the UK each year (NHS Choices, 2014c).

A review of eleven studies, six from the US, four from Europe and one from Japan, found that each 50g per day (about one serving) of processed meat was associated with a 19 per cent increased risk of pancreatic cancer (Larsson and Wolk, 2012).

In the review of 11 studies from the US, Europe and Japan, the link between pancreatic cancer and red meat was only observed in men. The authors said that red meat consumption was on average higher in men than in women and suggested that if there is a threshold effect with an increased risk of pancreatic cancer only at high levels of red meat consumption, a positive association may be more likely to be detected in men. Another biologically plausible explanation for the observed differences between men and women is haem iron (abundant in red meat), which could enhance the growth of pancreatic cancer tumours (Stolzenberg-Solomon et al., 2007). Due to normal iron loss during menstruation, women do not accumulate such high iron stores as men. Higher levels of iron in the blood and higher percentage of iron saturation (iron to iron binding capacity) were associated with increased risk of subsequent pancreatic cancer in one prospective study (Friedman and van den Eeden, 1997).

When the same EPIC team found a similar result for lymphomas and poultry they suggested antibiotics and/or coccidiostats (drugs given to poultry or cattle to prevent the growth and reproduction of certain parasites) may be involved (Rohrmann et al., 2011). Chicken and turkeys are often treated with coccidiostats and antibiotics to enhance their growth and to treat and prevent disease. The frequency of antibiotic use has been associated with the risk of non-Hodkin lymphoma in some studies (Chang et al., 2005; Kato et al., 2003).

The EPIC team also suggest another possibility, oncogenic animal viruses. Poultry may contain viruses that cause the development of tumours, especially if the meat is not cooked properly. Oncogenic animal viruses have been suspected as a cause of non-Hodgkin lymphoma among people working with animals or in meat-processing for some time but meat consumption has not been connected with transmission of oncogenic viruses yet. However, studies have found a lower risk of non-Hodgkin lymphoma in women consuming well-done meats instead of rare or rare-medium meats (Chiu et al., 1996; Zhang et al., 1999). So you are damned if you cook it, and damned if you don’t!