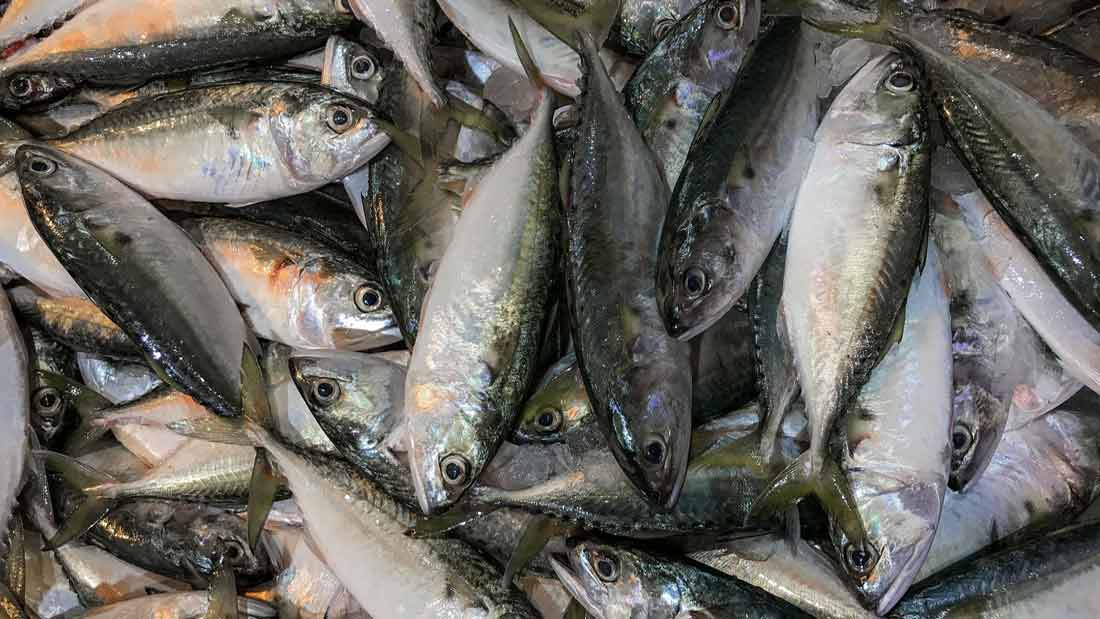 All the world’s oceans and rivers are contaminated with chemicals and heavy metals, such as mercury. These toxins build up in the fat in fish, particularly in oily fish.

Many of the chemicals belong in a group called endocrine disruptors – that means they may interfere with your hormones and have adverse effects on your reproductive and nervous system, immunity, may increase your risk of cancer and may affect development in children. In short, they are chemicals that can seriously damage your health.

When scientists tested 10 commercial fish oils – sold as supplements – they found they contained some of the most dangerous pesticides in the world (DDT, DDE, PCBs) and had oestrogen-like (female hormone) and anti-androgen (blocking male hormones) effects (Roszko et al., 2018). The amounts found in fish oil were small but still of concern, particularly to vulnerable people such as children, pregnant women or people with serious health issues.

A 2014 scientific review reported that fish, meat and dairy were the main sources of PCBs and dioxins in the human diet with “meat from eels” and “fish liver and derived products” (all from European countries) containing the highest amounts (Malisch and Kotz, 2014).

Cooking fish at high temperatures destroys some bacteria and so makes fish safer to eat but on the other hand, it also creates new compounds, such as PAHs mentioned above. One study found that the level of PAHs in grilled fish was even higher than in meat (Sahin et al., 2020). Fatty fish such as salmon, hake and fresh tuna have a higher fat content and so produce more PAHs than other types of fish when cooked (Sampaio et al., 2021).

The Government has issued warnings to children, pregnant and breast-feeding women, and those who may become pregnant one day, to never eat shark, swordfish or marlin and to limit oily fish (salmon, sardines, trout, mackerel) to two portions a week because of the pollutants they contain (NHS, 2018). Premenopausal women are also advised not to eat more than two servings of oily fish a week and pregnant and breastfeeding women are urged to not eat fish liver oil. The latter is not just because of the pollutants but also because it contains high levels of vitamin A that may be toxic to an unborn baby.

The NHS then warn that adults should limit their consumption of shark, swordfish or marlin to one portion a week and to not eat sea bream, sea bass, turbot, halibut, rock salmon and brown meat from crabs too often.

Farmed fish are not the answer. They contain even more toxins than wild-caught fish (Rodríguez-Hernández et al., 2017) which could mean considerable health risks for those who regularly eat them.

Freshwater fish caught in the UK also carry a number of health risks, as a recent study showed – a number of tested samples showed levels of dioxins and PCBs above the acceptable limits (Rose et al., 2015).

There is no “safe” fish and with many pollutants remaining in the environment for decades if not more, the situation isn’t going to get better anytime soon. To spare yourself ingesting a whole lot of chemicals every time you eat fish, it’s best to leave it off the menu.

Rodríguez-Hernández Á, Camacho M, Henríquez-Hernández LA et al. 2017. Comparative study of the intake of toxic persistent and semi persistent pollutants through the consumption of fish and seafood from two modes of production (wild-caught and farmed). Science of the Total Environment. 575:919-931.