Fishing and fish-farming and the environment 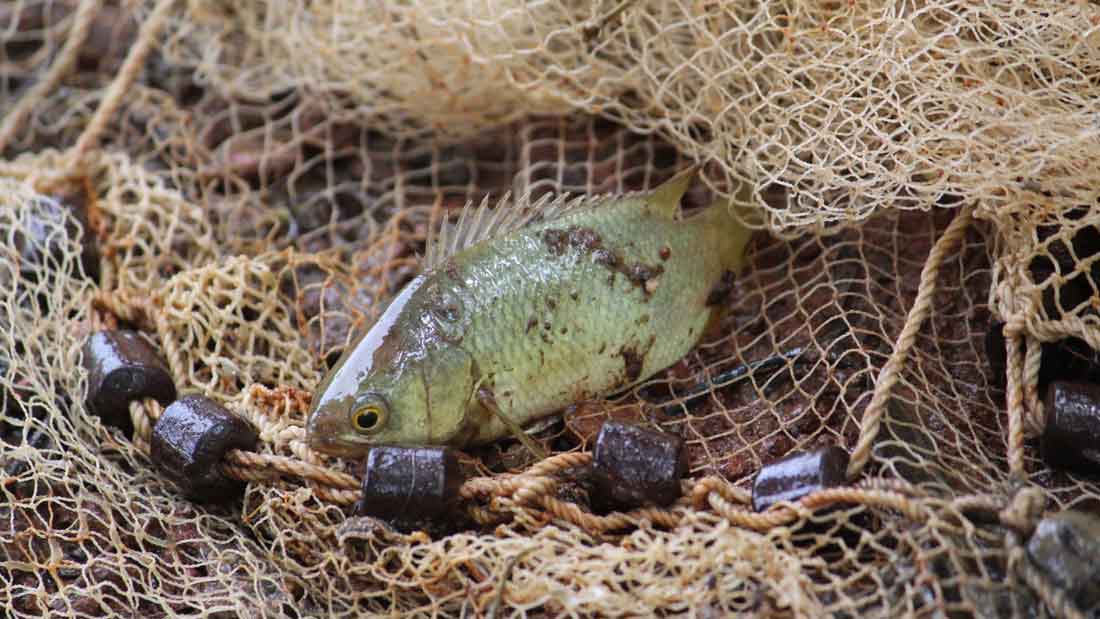 It may seem like there’s plenty of fish in the sea but the opposite is true. About a third of commercial fish stocks are caught at unsustainable levels – they cannot reproduce quickly enough to keep the populations up – and 90 per cent of fisheries are exploited to their maximum capacity (Landos et al., 2021). This puts an incredibly high pressure on the oceans and coastal waters and it’s also the reason why fish farms are cropping up at an unprecedented rate. Almost a half of all fish consumed now come from fish farms (Landos et al., 2021).

While commercial fishing exploits wild fish populations to the maximum, it is also responsible for devastating levels of plastic pollution. Discarded fishing gear is the biggest plastic pollutant in the oceans – it is estimated that about 30 million pounds of plastic fishing gear are dumped into the oceans each year (Du et al., 2021). Floating plastic can be broken into small pieces and consumed by many marine animals, accumulating in their bodies and preventing them from functioning normally, which affects all life, including humans who eat fish and shellfish – microplastics are found in virtually all sea life.

Larger pieces of discarded fishing gear, such as nets, are extremely damaging because as they float freely, many animals get entangled in them and die a slow death. These ghost nets kill hundreds of thousands of dolphins, turtles, whales, seals, birds and fish every year. And because it takes hundreds of years for this kind of plastic to break down, they can keep killing animals for centuries to come.

Of course, there are also many other commercial fishing practices that have a devastating impact, such as bottom trawling that destroys the ocean floor or longline fishing that catches anything in the way. Both of these lead to large amounts of “bycatch” – animals caught by accident and discarded or ground into fishmeal that can be fed to farmed animals and fish. This is also the fate of many endangered species.

Fish farms are not the answer because they cause serious environmental, welfare and public health issues. They can be both inland and in coastal areas but regardless of where they are, they have one thing in common – the huge numbers of fish kept there require massive amounts of feed, antibiotics and other veterinary drugs and produce large amounts of waste that throws the surrounding ecosystems off balance. Many of the farmed fish are predators so they need to eat smaller fish and it leads to more fishing to keep supplying fish farms with enough feed – an utterly unsustainable practice.

Of course, fish also take in all the environmental pollutants and so accumulate pesticide residues and other chemicals, drugs, heavy metals, such as mercury, and anything else that is released into the water – not only it makes the fish dangerous to eat but it also interferes with their health and makes many unable to reproduce (Landos et al., 2021).