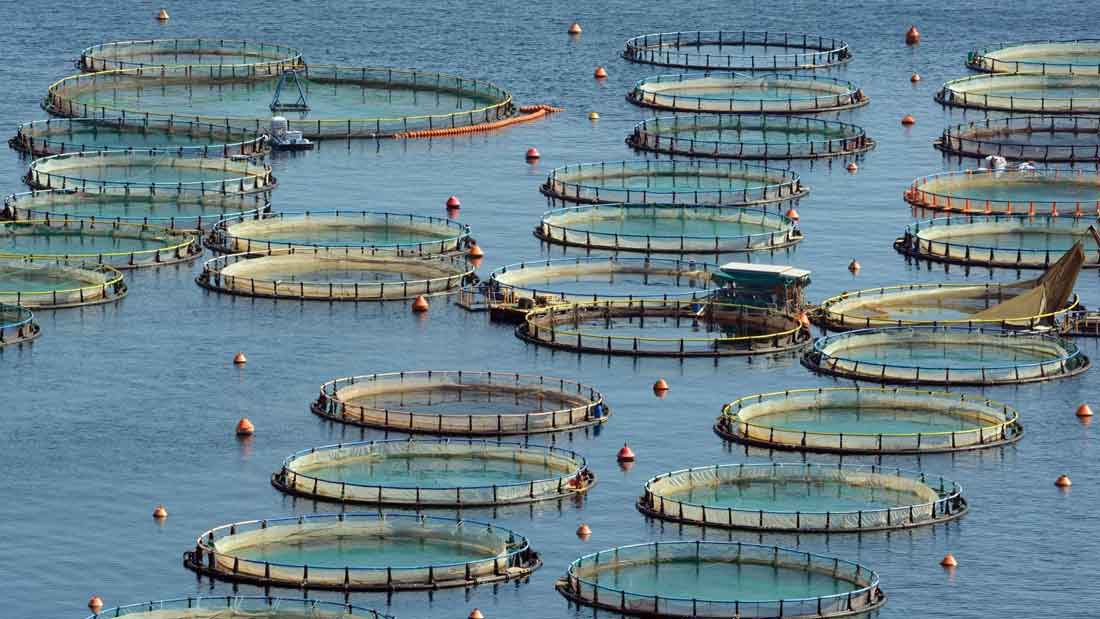 Fish farming means that huge numbers of fish – hundreds of thousands – are reared in permanently overcrowded conditions that put the fish under chronic stress and make them more susceptible to diseases. These conditions are the ideal breeding grounds for infectious bacteria and parasites. As a result, large amounts of antibiotics are thrown into the water with feed in an attempt to halt the spread of dangerous bacteria. However, these drugs are not just eaten by the fish – they are eaten and absorbed by many other aquatic organisms and contribute to the evolution of antibiotic-resistant bacteria (Meek et al., 2015; Rigos et al., 2021). Once antibiotic-resistant bacteria spread, it poses a major threat to global health as minor injuries, such as cuts, may become infected and untreatable because antibiotics won’t work and the infection may become life-threatening.

Fish farming is a relatively new type of farming and every country has different regulations on antibiotic use and monitoring. Many different types of antibiotics may be used but the one that is the most popular across the world is tetracycline (Done et al., 2015). It is also the antibiotic that’s commonly used to treat infections of the skin, digestive system, lungs, urinary tract, genitals and more and it cures diseases such as cholera, plague, malaria and syphilis. If this antibiotic stops working because enough bacteria develop a resistance to it, the world will be a very different place.

However, it’s not just antibiotics that are used on farmed fish and shellfish but a whole cocktail of veterinary drugs. Some are to keep them healthy, some get the animals rid of parasites, others make them grow better. A large survey done in Europe, USA, Canada and Japan found many violations in the use of the drugs and their residues in fish (Love et al., 2011).