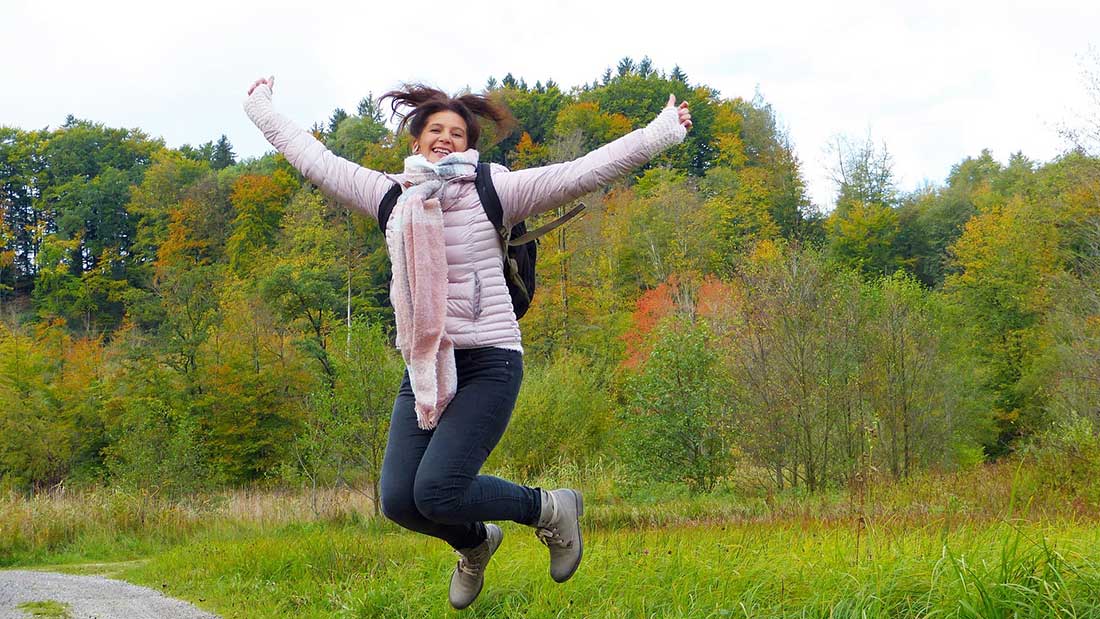 Diet and lifestyle are crucial for building and maintaining healthy bones and preventing osteoporosis. Milk is no bone builder but there’s plenty of foods that are!

Your skeleton is the scaffolding that houses and protects your organs, gives your muscles something to cling to and stores minerals such as calcium and phosphorus. In the centre of some of your bones is red bone marrow, responsible for producing blood cells. So, far from being just a collection of bones, your skeleton is a living network of cells, fibres, minerals and blood vessels.

As bones grow, become worn or suffer minor damage from physical activity, they are constantly repaired. Damaged and worn bits are cleared away and new bone is built in the gaps.

Some 99 per cent of your body’s calcium is in your skeleton and so anything that affects calcium levels in the body – food, lifestyle, medication – has an impact on your bones. If the effect is negative it can result in bone loss leading to osteopenia (the forerunner to osteoporosis) and it can happen at any age. Women have a higher risk because of the dramatic drop in oestrogen at menopause – much greater than the corresponding decline of testosterone in men – and hormone levels are an important player when it comes to bone health.

Your bones, just like the rest of your body, need a wide range of nutrients to be healthy. If you have a bad diet and top it up with an extra dose of calcium, you won’t get the benefits you might think you’re getting and it can actually be harmful for your bones.

In the UK, a half of all women and one in five men over the age of 50 will suffer a fracture and this level of risk is fairly common in many Western countries. This simple fact destroys the old myth that osteoporosis is caused by calcium deficiency because those nations that consume the most cow’s milk and other dairy products have the highest rates of osteoporosis and hip fracture. 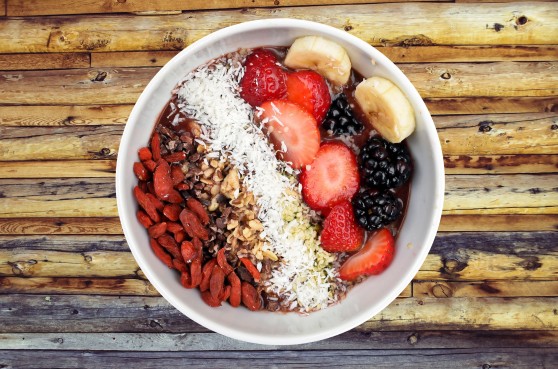 Getting the balance right

To keep your bones strong and healthy, it’s as important to know what weakens them as well as what strengthens them. The myth about people needing calcium from cows’ milk is so pervasive that you’d think vegans were boneless blobs, wobbling around the floor!

This is the crème de la crème (excuse the pun) of myths from the dairy industry: we, but especially our children, must have cows’ milk for strong bones and teeth.

Western nations have been duped into believing that we need to suckle from cows to obtain calcium! When you think about it, the notion is preposterous. After all, how did we develop a healthy skeleton for most of our evolution when we did not drink dairy? And how, today, do the majority of the world’s people have strong bones when they don’t consume dairy?

The latest figures from 63 countries show the truth of this, with a huge variation in fracture rates – some countries having 10 times as many fractures as others (Kanis et al, 2012).

Nations such as the UK, where dairy consumption is high (av. 270 grams dairy products a day), have the highest osteoporosis rates in the world. Nigeria, on the other hand, which eats a diet high in plantains,  tubers, wholegrains, vegetables and pulses and where only one per cent of the diet is dairy and less than three per cent is meat – has almost no cases of osteoporosis (National Bureau of Statistics, Nigeria, 2010).

You may be wondering how Inuit (used to be referred to as Eskimos) people survive? When scientists studied them, one outstanding discovery was that after the age of 40, Inuits had high bone loss and fast progression of osteoporosis. This was attributed to a diet very high in animal protein and phosphorus and low in fresh fruit and vegetables (Mazess et al, 1974).

There are copious scientific studies showing that people eating a diet high in dairy products and animal protein have high bone loss. And conversely, that fresh fruit and vegetables protect and strengthen our bones. A huge analysis of 34 surveys from 16 countries found that 70 per cent of all fractures resulted from eating animal protein (Abelow et al, 1992). Not satisfied with that, another scientific team tested the same theory in a seven-year study of 1,035 women. They found that those with diets high in animal protein had almost four times more bone loss – and a 3.7 times higher risk of hip fracture – than women who ate the least amount of animal protein (Sellmeyer et al, 2001).

A highly-regarded study of more than 120,000 women lasting 12 years showed that eating more than 95g of protein a day significantly increased the risk of forearm fracture (Feskanich et al, 1996).

And there’s more! A gargantuan study of almost 80,000 women in the USA led by scientists at the Department of Nutrition, Harvard School of Public Health, examined whether by increasing your milk intake you can reduce the risk of fractures. It found that not only does milk not protect bones from fractures but that women drinking two or more glasses of milk a day increased their risk of hip fracture (Feskanich et al, 1997). A recent study looked at children and the growth of their bones and it concluded that animal foods, particularly meat, had a significant negative effect on bone mass increase (Zhang et al, 2010).

And an important review of 58 different scientific papers examining whether high calcium or high dairy intake improves bone health in children was published in the highly esteemed Pediatrics journal. It concluded neither option gives even a modest benefit (Lanou et al, 2005). One of the authors of this review, Professor Amy Lanou, PhD, holds a doctorate in human nutrition from Cornell University and her book, Building Bone Vitality, makes clear that for healthy bones we must:

When we consume dairy, calcium floods our body and much of it is quickly lost in our urine because so much of it can’t be immediately used or stored. Animal protein increases our absorption of calcium but this is not necessarily a good thing. The ongoing European Prospective Investigation into Cancer and Nutrition (EPIC) studied almost 9,000, 35 to 67 year old women. It was carried out by the Department of Epidemiology at the German Institute of Human Nutrition and it showed that as animal protein intake increases, bone health deteriorates. Conversely, as vegetable protein increases, bones are found increasingly to be protected. This study accounted for age, weight, hormone replacement therapy, smoking, exercise, alcohol intake, menopausal status, education and occupation… in other words the scientists narrowed down the impact to the effects of protein alone (Weikert et al, 2005).

When we eat healthy plant foods, we are not overwhelmed with excessive calcium but instead we get a steady supply throughout the day. Our body then uses what it needs without depositing excess calcium in the wrong places, risking kidney stones and hardening of tissues – including blood vessels which can increase the risk of heart attack.

Also, when small amounts of calcium are absorbed into our blood, hormone regulation is more precise so that bone breakdown and build up is not overstimulated. However, osteoporosis is generally not a disease of low calcium. It is caused by many factors including bad diet (often with excess calcium and animal protein and low fruit and veg), smoking, alcohol consumption, low oestrogen or testosterone, lack of exercise and being underweight.

Despite relentless claims by the dairy industry, milk is neither the only nor the best source of calcium. It takes strength to stand up against a lifetime of propaganda – but that is what we have to do in order to sweep aside the myth that dairy is the holy grail for strong bones and teeth. In fact, the opposite is true. In terms of diet, the biggest favour you can do for  your bones is avoid dairy and all animal products and enjoy a wholefood vegan diet packed with fruit and vegetables, mushrooms, pulses, nuts and seeds and small amounts of vegetable oils. 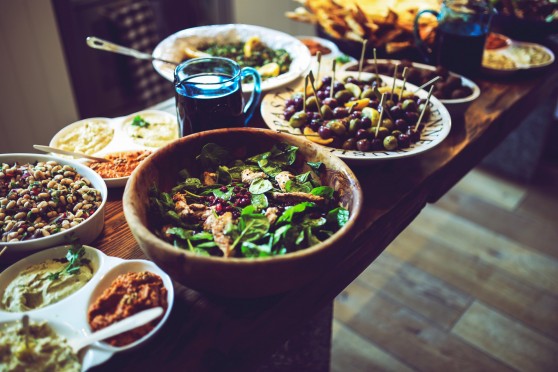 How to eat right?

The high alkaline content of many fruits and vegetables can counteract the effects of some acid-generating foods (see the chart in our guide pages 19-22) and generally promotes good health. The science is now absolutely clear – fruits and vegetables improve bone health in both children and adults. Aim for eight portions of fruit and vegetables a day – build it up gradually and you’ll be eating better in no time!

Calcium from plant foods doesn’t flood the body with excessive amounts but provides a steady supply throughout the day, which is used for your body’s immediate needs and keeps blood levels steady. If you fill your diet with plenty of vegetables, fruit, nuts and seeds and pulses, you’ll get all the calcium you need. Good sources are sesame and other seeds, tofu (calcium-set), pulses, almonds and Brazil nuts, green leafy vegetables (including broccoli), figs, cinnamon, oregano and parsley.

For calcium content of foods and to find out what other nutrients are important for healthy bones, please see our guide, pages 12-15.

How to encourage children to eat bone-friendly foods
Healthy bones: tips for grown-ups

Eat better, whatever your lifestyle. Here’s how:

When you’re eating out:

How much calcium do we need?

How well you absorb calcium depends on your age. It’s highest in infancy (50-60 per cent), especially from breast milk, but by adulthood it drops to about 30 per cent.

This is how much calcium (mg/day) you need at different ages:

Latest studies show that calcium intake above the recommended dose offers no additional protection from fractures and can actually increase the risk.

Exercise is important for healthy bones throughout your entire life. It’s the old adage of use it or lose it as bone adapts to the loads put on it and therefore weight-bearing exercise such as walking, running, dancing, yoga, ball games and so on, leads to an increase in bone density.

How to build bone-healthy habits into your daily life