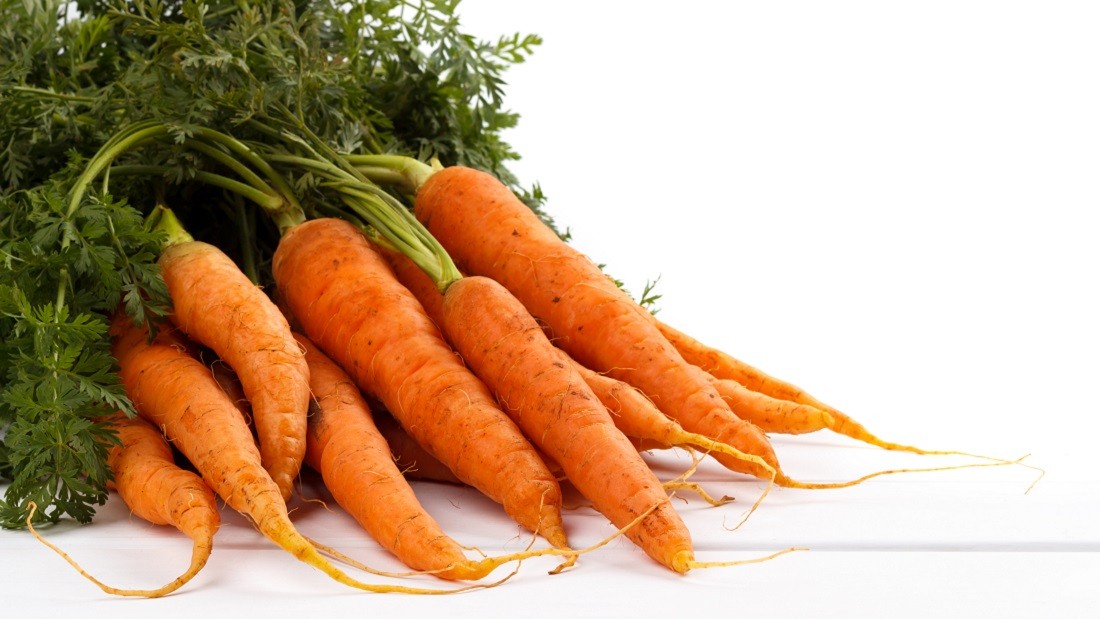 Men need around 0.7 milligrams a day and women, 0.6 milligrams of vitamin A per day.

The 2014 UK National Diet and Nutrition Survey found that 16 per cent of children aged 11 to 18 (almost one in five girls and one in seven boys) had low intakes. Among those aged 19 to 64, eight per cent of women and 11 per cent of men are failing to meet targets. Most adults over 65 have reasonable intakes, but four per cent fall short.

Vitamin A can be obtained from food, either as preformed vitamin A (retinol) in animal products such as eggs and dairy products, or as ‘provitamin A’ (mainly beta-carotene), in plant foods such as green leafy and yellow-coloured vegetables and orange-coloured fruit. Carotene (or retinol made from it), is also added to some margarine and fat spreads. It was first discovered in carrots, hence the name.

Your body converts beta-carotene (and other carotenes) from food to vitamin A according to its needs so you can’t have too much of it. In short, beta-carotene is a safer source of vitamin A.

We need vitamin A for healthy skin and mucus membranes, immune system, eye health and vision. Beta-carotene is also an antioxidant, protecting your cells and DNA from free radicals that can cause damage.

A healthy diet will cover your body’s needs of beta-carotene more than sufficiently but beware of taking large doses in supplements. The UK government advice is:

If you take supplements containing vitamin A, make sure your daily intake from food and supplements doesn’t exceed 1.5 milligrams.

Large doses of beta-carotene from supplements (not from food) may increase the risk of lung cancer in smokers, in people who have been heavily exposed to asbestos at work and possibly in other people too.

High intakes of vitamin A from animal foods, such as oily fish or liver, or supplements can be toxic and have been linked to birth defects – hence can be dangerous if eaten in pregnancy. Excess vitamin A from animal sources may also cause weaker bones, which is of particular concern to middle-aged and older people.  The adverse side effects have been observed with average vitamin A daily intake over 1.5 milligrams – easy to reach when you eat liver or liver pâté more than once a week or take a fish liver oil supplement.

No, a healthy vegan diet will cover your needs (see table below for more details). 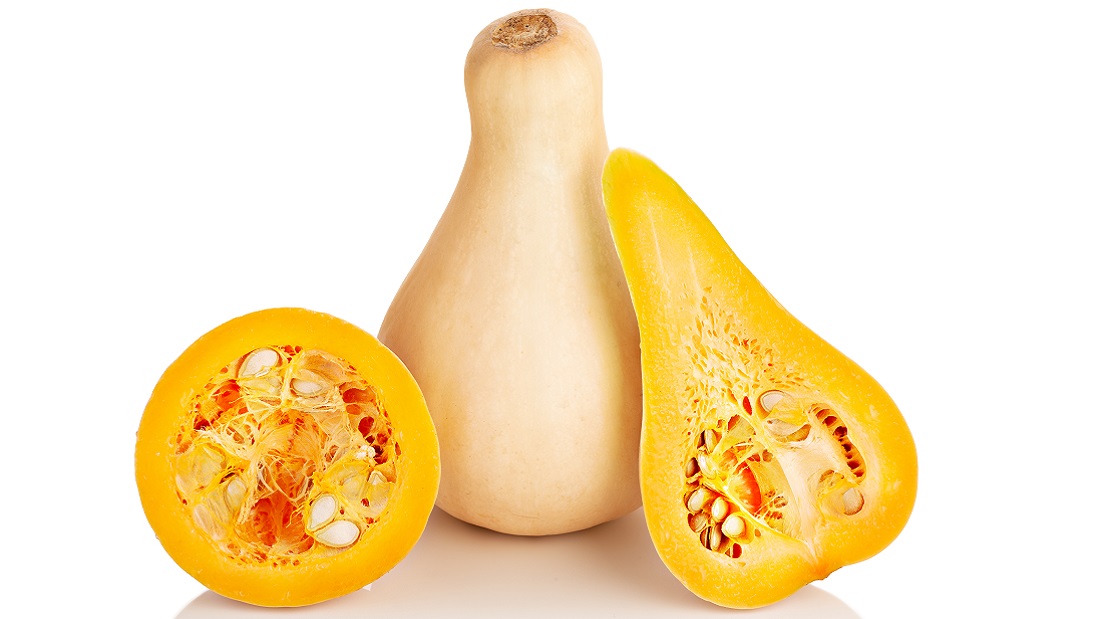 UK food tables (McCance and Widdowson’s: Composition of Foods Dataset) list the carotene content of foods, which is converted into vitamin A in the body. As you only convert as much as you need, and a range of factors affect conversions rates, the total amount of vitamin A you might end up with can only be estimated.

The US Food and Nutrition Board of the Institute of Medicine of the National Academies estimates a conversion rate for dietary beta-carotene equivalents to vitamin A of 12:1 by weight.

So, as a rough guide, it takes 12 milligrams of beta-carotene in food to provide one milligram of vitamin A. The table below ranks foods in order of carotene content from high to low. Try to include some of the top ranking foods every day along with a mix of the others.

Do carrots help you see in the dark?

The myth that carrots can improve your eyesight appears to have its roots (excuse the pun) in a World War II propaganda campaign when the British Royal Air Force spread the rumour to hide the fact that they had developed new radar technology that was enabling their pilots to shoot down enemy planes at night. The government wanted to keep the new equipment secret so they started an advertising campaign saying that carrots could help you see in the blackout. Like all good myths, there’s a tiny bit of truth in it, a derivative of vitamin A helps our eyes adapt to the dark as it regenerates the rhodopsin in rod cells after they’ve been exposed to bright light. However, unless you are actually deficient in vitamin A, carrots probably won’t help you see better in the dark and remember, high doses of vitamin A can be dangerous.

Studies show that diets rich in carotenes are linked to a lower risk of certain types of cancer, cardiovascular disease and age-related macular degeneration and cataracts. It seems however, that you need the whole food to get these benefits and not just a supplement. High-dose supplements with beta-carotene (either alone or with vitamin E or vitamin A), do not reduce the risk of cancer or cardiovascular disease and may even be harmful to smokers or former asbestos workers.

The same appears to apply to preformed vitamin A (retinol) from animal foods. A recent report showed that high intakes of vitamin A (retinol) from food was also significantly associated with an increase in the risk of bone fractures. However, beta-carotene from food did not contribute to fracture risk. So the long-term intake of a diet high in retinol (eggs and dairy foods) may promote the development of osteoporotic hip fractures in women.

Converting carotenes into vitamin A

How much vitamin A you get from carotenes in different foods can vary according to the food. A number of different factors affect how efficiently carotenes are converted into vitamin A. A major factor affecting rates is where the carotene is stored within the plant (the plant matrix). Spinach beta-carotene has a conversion factor of 21:1, whereas carrot beta-carotene has a conversion factor of 15:1. This is because in spinach leaves, beta-carotene is found in the pigment proteins in chloroplasts, whereas in carrots it is in a crystal form in chromoplasts.

Food processing and how much fat is in the diet also affects conversion. One study looking at the effect of fat on the conversion of carotenes from yellow and green leafy vegetables showed that a minimum amount of fat (2.4 grams of fat per meal) was required to ensure absorption and improve vitamin A status. Another study found that eating avocado with tomatoes or carrots enhanced conversion.

Some research suggests that as BMI goes up, conversion rates go down. In other words, people with more body fat are less able to convert carotenes to vitamin A.

Lastly there is genetic variability in carotene metabolism – certain genes may help or hinder the ability to convert. 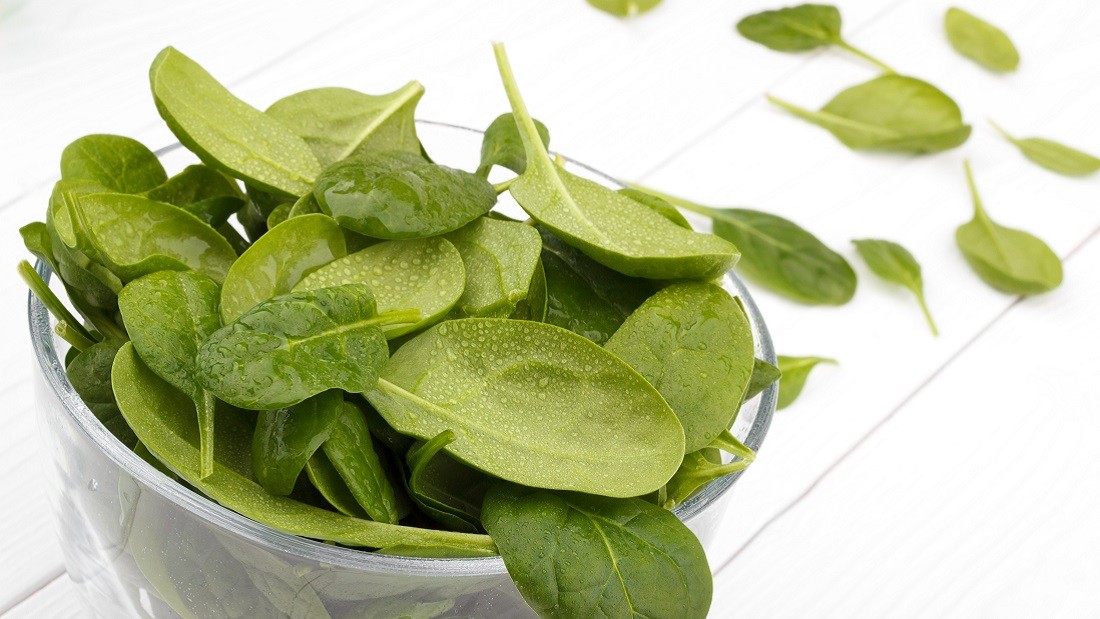