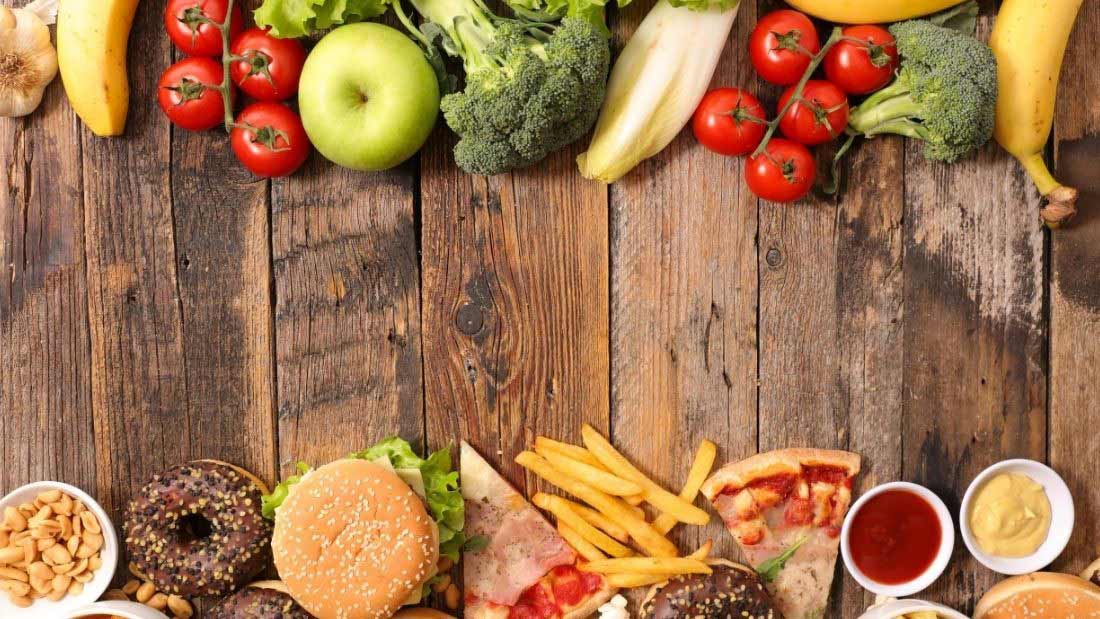 Vegans ‘have the worst diets and are less likely to cook from scratch’ say the Sun headlines this week. We decided to do some digging.

This French study looked at the diets of 19,812 meat-eaters, 646 pescatarians, 500 vegetarians and 254 vegans. Participants filled in food frequency questionnaires and the researchers put the different foods they ate into categories such as ultra-processed, processed and unprocessed food.

They found that ultra-processed foods (UPFs) contributed 39 per cent of the energy intake for vegans, compared to 32.5 per cent for pescatarians, 37 per cent for vegetarians and 33 per cent for meat-eaters. They concluded that not all vegetarian diets (including vegan) are necessarily healthy.

UPFs in the study included textured soya protein foods, vegetable patties (industrial plant-based meat substitutes) and plant-based drinks such as soya milk. Vegan mock meats may not be the most healthy of foods – just because it’s vegan doesn’t mean it’s healthy – but it’s worth noting that they are not linked to cancer in the same way as processed meats and they don’t contain animal protein, haem iron, carnitine, animal hormones and other harmful substances all linked to disease.

Plant-based milks (such as soya milk) also don’t contain animal protein or the hormones found in dairy milk. Given the huge health benefits of soya protein (lowering cholesterol and the risk of certain cancers) its inclusion in the UPF group needs to be taken with a pinch of low-salt!

Furthermore, what wasn’t reported in the media was that this study also found that vegans were eating considerably more healthy plant-based foods (fruit, veg, pulses, wholegrains, nuts and seeds – see below) compared to all the other groups, especially meat-eaters, who ate the least of these healthy foods but the most sweet and fatty foods.

The idea (reported in the Sun) that vegans don’t cook from scratch appears to have been made up as this was not discussed in the study.

Curiously, the ‘vegan’ group were also reported as eating all the animal-based foods listed, in considerable amounts: 5.2 grams of meat, 8.9 grams of fish and 13.5 grams of dairy per day. This suggests some confusion on the part of those identifying as vegan.

It’s not a good idea to eat lots of processed foods as they tend to contain relatively high levels of fat and salt which can increase the risk of obesity and cardiovascular disease (which both occur at much lower levels in vegans). Taken together, the message seems to be, vegans are generally much healthier than meat-eaters, we just need to avoid relying too heavily on vegan junk food. Viva! Health has been saying this for years.

Of course, the tabloids are looking for a sensational headline, but the results are inaccurate and misleading. Since writing this article, the lead author of the French study has contacted Viva! Health and said that our summary of their study was “much more consistent with our key messages”. 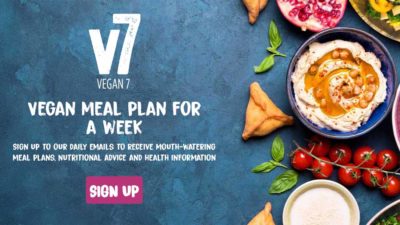 Try Vegan For One Week With V7! 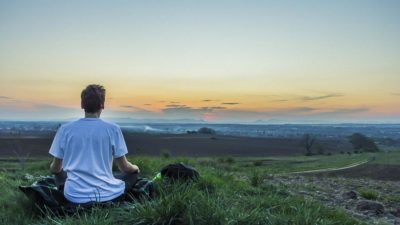 How a vegan diet can improve cognitive health