Swine fever – a storm of our own making 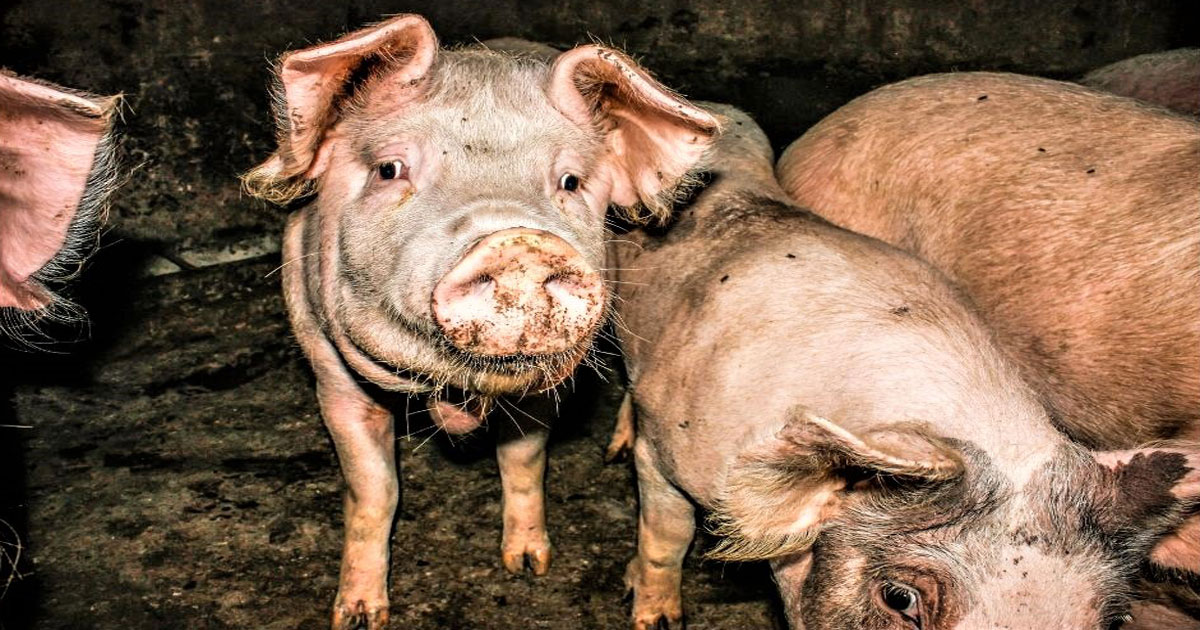 Over 1.2 million pigs in China have already been ‘culled’ to try and prevent the disease spreading. In the Chinese year of the pig, it’s predicted that African swine fever (ASF) could kill a third of China’s pigs. That’s almost as many as are farmed in the US and Europe.

It’s a horrible death, haemorrhaging internally until they die – usually within 10 days of infection. The virus can last for weeks on clothes, equipment and vehicles and spreads through contact with infected live or dead pigs, contaminated pork and tick bites.

Every province of China has been affected and it’s spread to Vietnam, Mongolia, Cambodia and North Korea, Romania, Moldova, Latvia, Ukraine, Poland, Russian and Hungary. Large numbers of wild boar are infected in Belgium and Denmark has built a 43-mile border fence to keep them out. The UK government has raised the risk status of ASF entering the UK. The UN Food and Agriculture Organisation says it believes the cases reported by governments have been underestimated – the problem may be even worse than we think.

“This is the biggest animal disease outbreak we’ve ever had on the planet” said Dirk Pfeiffer, a veterinary epidemiologist at City University of Hong Kong and ASF expert, “It makes the foot and mouth disease and BSE outbreaks pale in comparison to the damage that is being done. And we have no way to stop it from spreading”.

As factory farming spreads across the globe these hideous diseases follow, spreading like wildfire through the densely populated sheds. Animals kept in these horrific conditions are more susceptible to disease due to the extreme stress they experience from their cramped and inhumane surroundings. Bred for fast growth, their immunity is low. It’s a perfect storm of our own making. Scientists have been warning about the health risks posed by intensive units for years, including the opportunities they provide for viruses and bacteria to spread and mutate.

It’s already happening with the rise in antibiotic-resistant ‘superbugs’ which directly results from livestock farming’s heavy reliance on antibiotics, with routine dosing.

So far ASF does not affect humans but if the virus were to mutate it could jump species and begin infecting humans. Our insatiable hunger for low cost meat may come at a higher price than anyone could have predicted. It’s time to stop factory farming!

To find out about pig farming see www.viva.org.uk/pigs