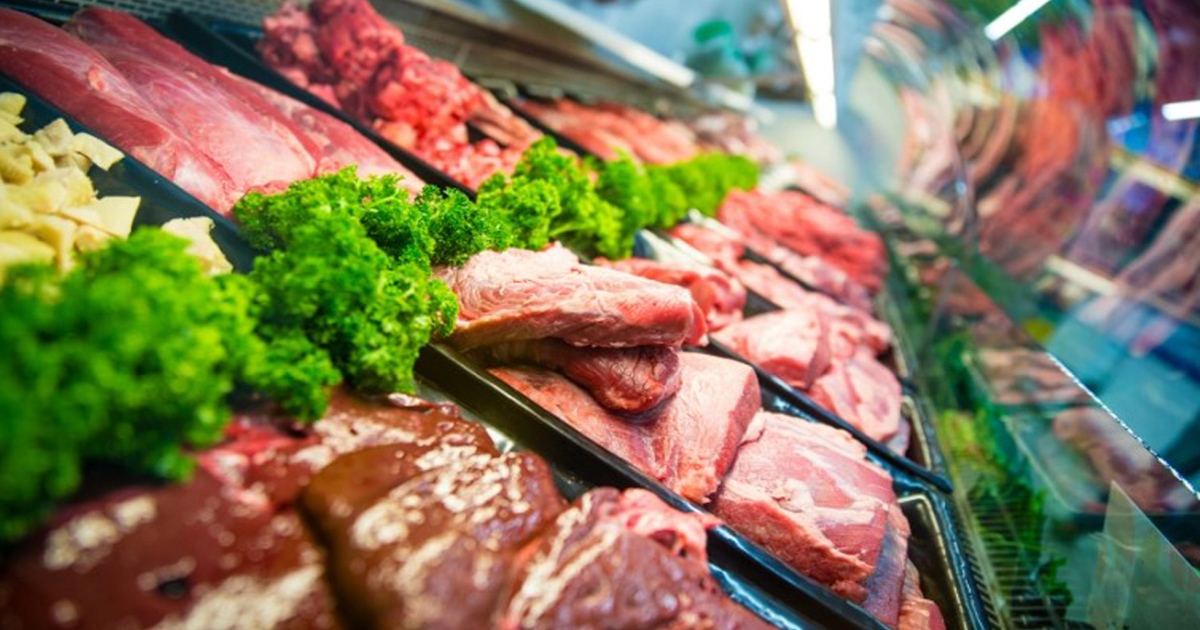 The study published in the International Journal of Epidemiology followed half a million men and women  over five years and found those who kept close to the guidelines (eating on average 76 grams of red or processed meat per day), had a 20 per cent higher risk of bowel cancer compared with those eating 21 grams a day. The risk increases by around 20 per cent with every extra bacon rasher or lamb chop per day.

The current recommendation by the UK Government Department of Health is that people should not eat more than 90 grams of red and processed meat a day and those eating that much should try to cut down to 70 grams.

Over a week, if you ate six meals containing meat (so less than one per day) including one full English breakfast, three slices of ham, a quarter pounder burger, spaghetti bolognaise, a doner kebab and a Sunday roast, you would have exceeded the government’s upper limit by around 100 grams.

Alcohol increased the risk too but fibre had a protective effect with those eating the most fibre (from bread and breakfast cereals) having a 14 per cent lower risk of bowel cancer.

Professor Tim Key, who co-authored the study and is also deputy director at the University of Oxford’s cancer epidemiology unit, said “We are not claiming that therefore the government recommendation is wrong and should be changed”. He says that meat has nutritional benefits and is important for iron but that we should just not each large amounts of it. Key added: “Alcohol is an optional thing that we don’t have to consume”. Newsflash – we don’t have to eat meat, it is not the main source of iron in the average UK diet.

It’s a myth that you need to eat meat to get iron. One of the largest studies of vegetarians and vegans, the European Prospective Investigation into Cancer and Nutrition (EPIC) Oxford study, compared over 33,000 meat-eaters, 18,000 vegetarians and 2,500 vegans and found that vegans had the highest intake of iron, followed by vegetarians with meat-eaters coming last. The American Dietetic Association state that iron deficiency is no more common among vegetarians than meat-eaters.

Viva! Health is calling for health guidelines to be changed, the government should be actively encouraging people to cut down and eliminate meat from the diet because it causes cancer. People who eat 400 grams or more of meat a day can be exposed to as many cancer-causing compounds called NOCs, as a smoker!

Processed meats (ham, bacon and sausages), have been classed as cancer-causing carcinogens by the World Health Organisation, who say the same is probably true for red meat too.

Meat-eaters may need the same level of health advice as smokers, which is what former Shadow Secretary of State for Environment, Food and Rural Affairs, Kerry McCarthy suggested in 2015 in an interview for Viva!life magazine. The research supports her; better dietary advice to ditch meat could save lives. Bowel cancer is the leading cause of cancer death among non-smokers in affluent countries and its prevention should be a major goal for public health.

Around one in every 15 men and one in every 18 women born after 1960 will develop bowel cancer in their lifetime. You can cut your risk significantly by simply changing your diet.

Find out more about how harmful meat is here.

Previous post: Ham and egg on their faces!
Next post: Fake news! Early menopause brought on by vegan diet
Scroll up